Mobile ad spend set to overtake TV this year, Google fined £44 million for GDPR failures, Facebook cracking down on pages and group that break community standards and LinkedIn details skills most needed by companies in 2019

As mobile use is on the rise, so is ad spend across mobile devices. In fact, if ad spending stays on course, it's likely that mobile ad spend will overtake TV, putting it top of the list in 2019.

It has been announced that Google has been fined £44 million for failing to meet GDPR regulations after two complaints were lodged against the company. Google is currently looking into the fine to decide its next steps.

This week has also seen Facebook change its tactics on dealing with pages and groups that post content that is against community standards, meaning affiliated pages and groups could also be shut down.

Finally, LinkedIn has released a list of the most sought after skills by companies in 2019, giving some insight into the best ways to upskill yourself to make sure you are desirable to businesses.

Find out more about each of these stories in this week's news roundup.

Mobile ad spend has become big business in a relatively small amount of time, showing the growing importance of smartphones and social media platforms. The report notes that just under 80% of the mobile ad market value has been created in only five years, with the increase being largely driven by changes in daily mobile internet consumption.

The report shows that in 2018, across the 96 markets monitored by WARC, brands spent an estimated $137.9 billion on mobile advertising. This equates to around $35.36 per smartphone user. As more people adopt mobile technology and mobile internet improves, the number of people reachable by mobile ads will grow, suggesting that so too will mobile ad spend.

In the short-term, 71% of senior marketing and advertising practitioners – based on the 800 surveyed for the report – are expecting mobile ad budgets to increase in 2019. It is expected that most of the ad spend will g to Google and Facebook-owned platforms.

While budgets are on the rise, ad viewability and measurement still remain a concern among advertisers. According to WARC, around 50% of display ads don’t meet the standards set by the Media Rating Council (MRC). The survey also showed that one in five respondents couldn’t measure ROI accurately for mobile marketing efforts.

James McDonald, data editor at WARC said: “There remains significant uncertainty around mobile effectiveness and ROI, yet there is also little sign advertisers will rethink their spending plans for mobile-first platforms in the coming years.

“These trends are set to make mobile, in all its forms, the number one ad medium across major markets this year.”

The French data regulator CNIL has fined Google €50 million for breaching GDPR rules. The fine was levied against the internet giant for “lack of transparency, inadequate information and lack of valid consent regarding ads personalization”.

According to CNIL, Google didn’t sufficiently inform users about how it was collecting personal information to allow it to personalize its advertising. Google released a statement that said it was “studying the decision” in order to determine where to take it from here.

The fine follows on from two privacy rights groups – noyb and La Quadrature du Net (LQDN) filing complaints against Google in May 2018. The first of these complaints was filed on the day the new GDPR regulations took effect, May 25th, 2018.

According to the groups, Google didn’t have a valid legal basis to use its user’s data for ad personalization, which is a mandate under GDPR.

While Google’s European headquarters are located in Ireland, the Irish watchdog didn’t have the decision-making power over Google’s Android system and services in order to deal with the complaint in full and so the complaints were handled by CNIL.

According to the French regulator, Google didn’t have a clear consent process, as essential information was spread across several documents and so was only accessible after users took multiple actions. This meant that users were not able to fully understand the processing operations that Google used.

On top of this, CNIL also said that the option for personalized ads was “pre-ticked” when creating a Google account, which was not in-line with GDPR’s rules.

CNIL said it was Google’s “utmost responsibility to comply with the obligations on the matter.”

Facebook will be cracking down on pages that publish fake news on the social media platform in an attempt to stop publishers with a large network of pages and groups from avoiding bans.

From January 23rd, Facebook said it will start taking down existing pages and groups that are associated with those that have broken its community standards. This will be the case even if those groups and pages haven’t actually broken the company’s community standards.

Not only will this mean that Facebook will instate harsher punishments for any pages and groups that post fake news it will also mean the platform can do the same for any posters of spam, hate speech, material that breaks copyright, harassment and other community standards.

To address this gap, when we remove a Page or group for violating our policies, we may now also remove other Pages and Groups even if that specific Page or Group has not met the threshold to be unpublished on its own. To enforce this updated policy, we’ll look at a broad set of information, including whether the Page has the same people administering it, or has a similar name, to one we’re removing. – Facebook’s updated policy

In order to keep page and group owners informed of the changes it has made, it has also updated the administrative portal to include a new “Page Quality” tab. This offers insight into what has broken community standards and fake news. 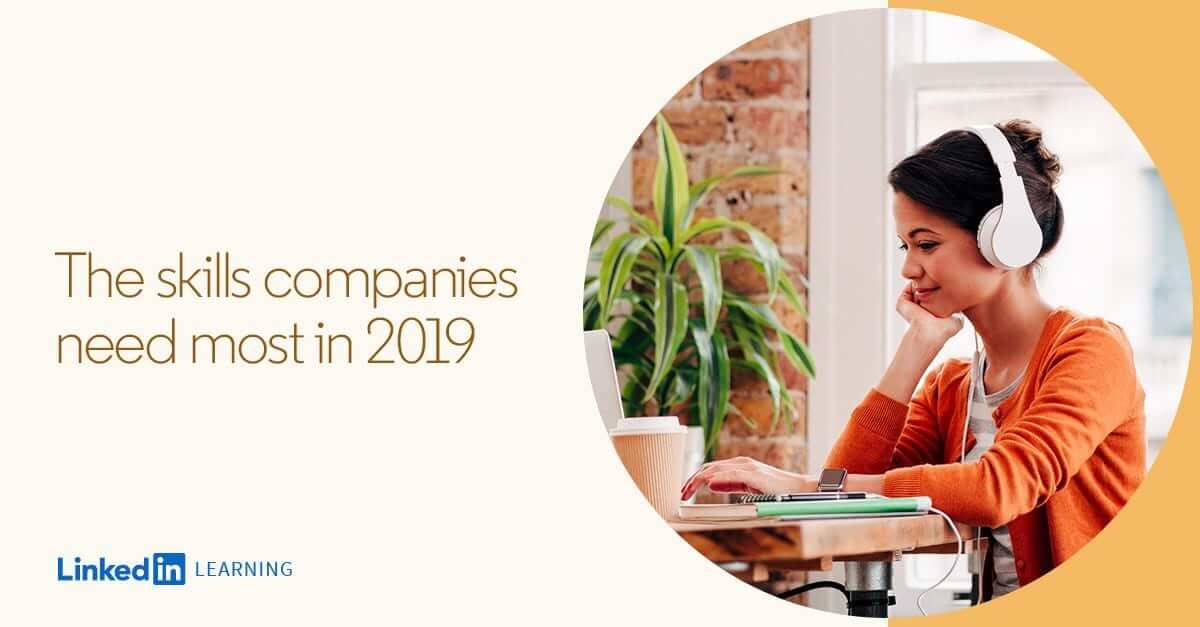 LinkedIn lists most needed skills by companies in 2019

Creativity is the top soft skill that companies need most in 2019, according to LinkedIn. The social media platform looked at its data to see what skills companies need most this year and has unlocked LinkedIn Learning courses for those skills for all of January to help people develop them.

According to its Workplace Learning Report 2018, 57% of senior leaders say that soft skills are more important than hard skills, suggesting that they are looking for more than experience when assessing CVs.

The top five soft skills that companies apparently need in the year ahead were creativity, persuasion, collaboration, adaptability and time management. The majority of these focus on getting on with people, out-of-the-box thinking and being able to look forward to different solutions. LinkedIn has recommended three learning resources for each of these soft skills.

There are also some hard skills on the list, proving that while soft skills are important, there are still some gaps that companies need to be filled when it comes to experience. LinkedIn’s findings show that the hard skills required are very much reflective of the increasingly digital world we live in, suggesting that it could be beneficial for applicants to look at what courses and certifications are available within these areas.