Mark Schaefer originally coined the term content shock 3 years ago. Since then we've seen a massive explosion in the amount of content produced - an almost seven-fold increase -but a huge crash in engagement with each post.

An October 2016 study by TrackMaven analysed over 65,000 blogs and found that the number of blogs produced increased by 800%, but the number of social shares per posts crashed by a massive 89%.

We can see this huge drop off in engagement is impacting brand's decisions - the number of articles published has plateaued since August 2015.

In an attempt to cut through, brands have been driven to creating not just more, but longer content. The average number of words in each post increased by 100 words, to 750 words per post on average. But as you can see from the chart below, it's failing to increase engagement, at least in terms of social shares. 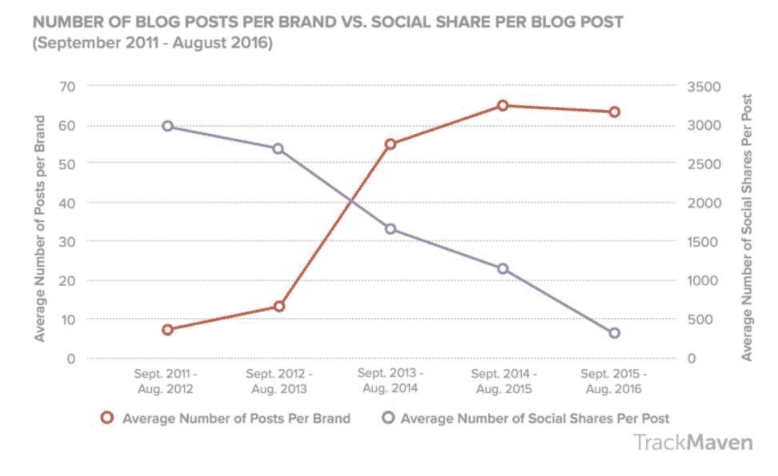