91% of Twitter Posts Featuring Tech Brands are by Consumers

Chart of the Day: Consumers are Driving the Conversation for Technology Brands on Twitter

As marketers, we love to build inspirational campaigns to engage our target audiences and a large part of any campaign in 2017 will reside on social media. Alongside Facebook, Twitter is our go-to network for sharing campaign content allowing our followers to see our message and hopefully like, retweet and spread the word through their own words.

This varies massively from industry to industry where some campaigns can feel like you're pushing your message out more than your audience is interacting with the content, which isn't ideal. 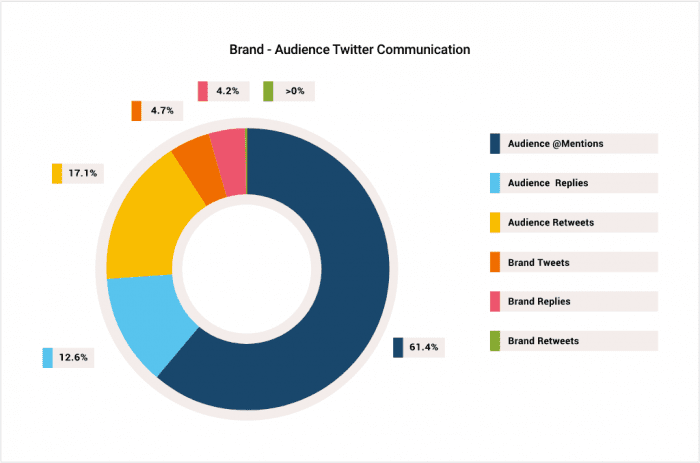 According to research by Brandwatch, a massive 91.1% of all Twitter activity around technology brands (including new phone releases and the internet of things) was due to the Twitter community rather than the brand. From a marketing standpoint, this is exactly how you would want your campaigns to go. We start by pushing out our initial message and the community takes it and runs with it, and from there you can then join the conversation rather than leading or forcing the situation.

This can also raise issues if for example a campaign to launch a product isn't being received well or the product reviews aren't favourable like the now infamous launch of the Samsung note 7 last year. But as long as you are monitoring the conversation with tools like Hootsuite, Buffer or Sysomos you can ensure you respond appropriately to the situation and a timely manner before it gets out of control.

I have spent many years working with both B2B and B2C brands to implement data-driven marketing strategies covering paid search, SEO, Social media and marketing automation. You will also find me catching up on the latest Marvel releases or playing the latest RPG.