What social media says about self-gifting at Christmas

Chart of the day: Have we become generation 'Treat yo self'? Social media trend analysis reveals why and what we are spending our money on this Christmas

Have you ever been Christmas shopping but found you only bought gifts for your self? This is a common theme on social media this year. 'Treat Yo Self Day' originated from Tom and Donna off 'Parks and Recreation' and the day caught on.

According to one source shoppers are self-gifting more than ever in 2017. But what’s driving this behavior? Crimson Hexagon looked at the conversation on social media, to unveil the reasons why people shop for themselves and discover what they buy for themselves. 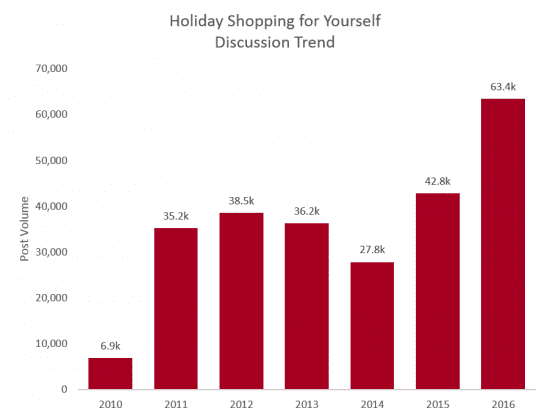 The top hashtags on Twitter reveal a mix of attitudes toward shopping for yourself. Some do so with resignation, using #sigh, perhaps deeming themselves selfish. Others are shameless, using #sorrynotsorry. Most treat it lightheartedly, using humorous hashtags like #oops, #fail, and #whoops. 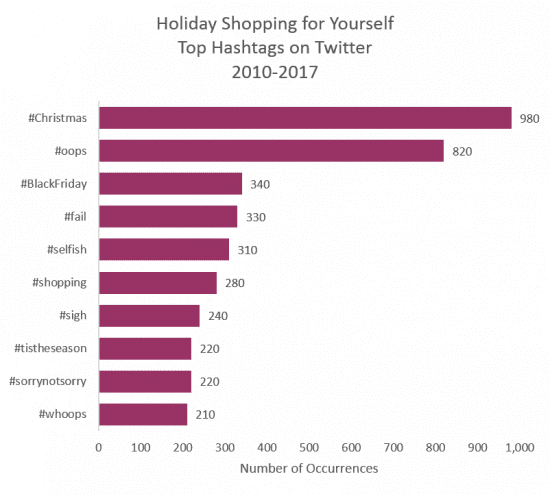 But what are we buying for ourselves? According to Crimson Hexagon food makes up 33% share of voice, followed by clothing 20% and phones 20%. 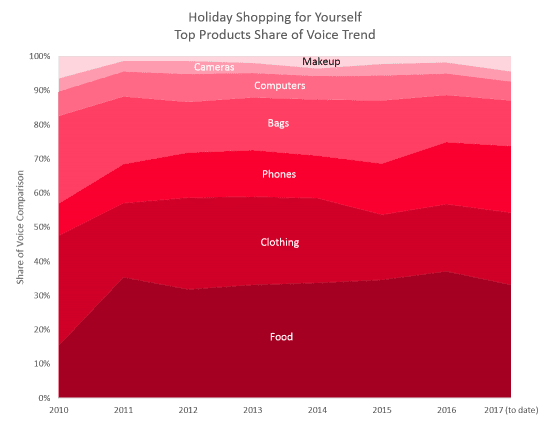 According to the Guardian, this trends is due to recent generations prioritizing 'self-care'. They discuss how this term has become somewhat of a buzzword:

'As the political climate has grown more turbulent, interest in self-care has risen. Google searches for the term reached a five-year high immediately after the election last November.'

According to CNBC more retailers are stocking up on self-gifted items, such as electronics and winter-weather apparel, instead of gift sets for others. They report this has 'been driving more frequent impulse purchases in stores, which likely boosted department stores and other specialty brands'. 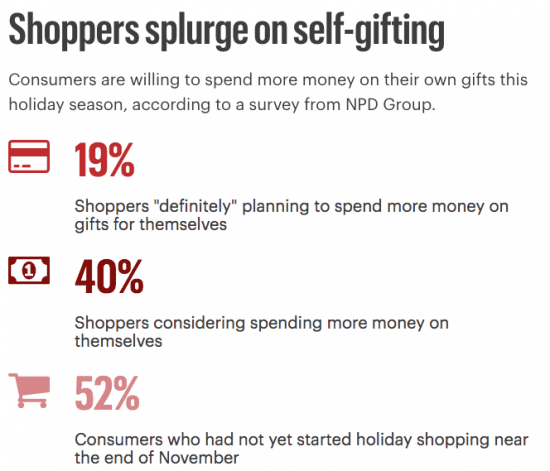