Are you interested to find out where other marketers are focusing their efforts on social media to grow their business? Which techniques are proving effective and why? This regular, annual report from the Social Media Examiner is a useful summary of what is effective from over 2,500 marketers, so in this summary I cover  5  main findings from the report, which can be downloaded from the Social Media Examiner's website.

'92% of marketers have increased their exposure through social media and 80% had positive results in terms traffic'.

The graph below shows the range of benefits: 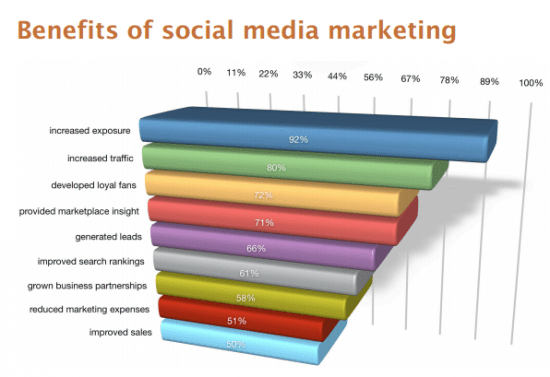 The chart below shows the most commonly used social media platforms, with the top 5 ranking as Facebook, Twitter, LinkedIn, YouTube and Blogging. Their annual survey has seen little change in the top 7, and this year new platforms have emerged including social media review sites including Yelp, short video from Vine and Snapchat and deal/voucher sites such as Groupon and Q&A Sites (Quora) 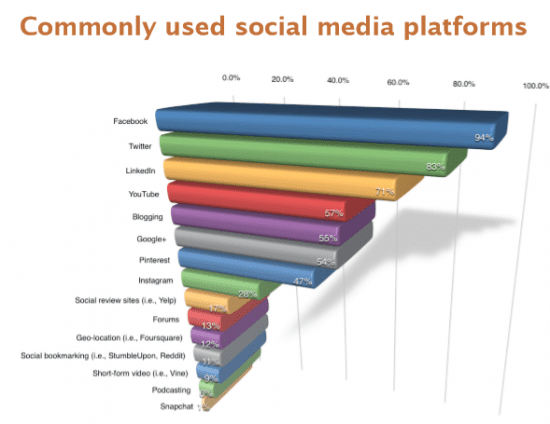 Increased usage across platforms has been highlighted, except for a small decline in Blogging.

Interesting that those companies who are new to social media have started off using Facebook, Twitter and LinkedIn. Where those more established after a year of use, have extended their strategies to YouTube, and Marketers with 2-4 years experience have branched into using Google+ even though some companies are still unsure how to use this platform.

3. How Marketers will change their social media activities

Only 15% were likely to use Snapchat, though we know this is very specific to particular types of audiences and industries.

As previously mentioned, Blogging is becoming more popular and has jumped from number four most important in 2013 to the top spot for increased activity, with 74% of B2B marketers seeking to increase their efforts in Blogging.

Taking the findings one by one:

4.  Which social media platforms do marketers want to learn more about?

Respondents were asked which social media platforms they were looking to learn more about, and the common channel was Google+, where in the 2013 report this was Blogging. 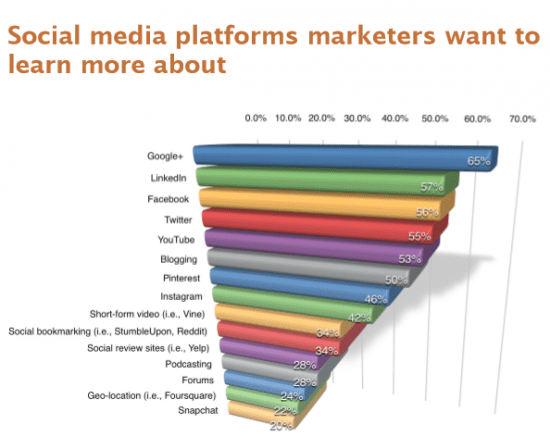 B2C are looking for more information about Facebook (60%) and B2B about LinkedIn (65%).

Newcomers are looking for information on Google+, LinkedIn and then Facebook where more experienced Marketers, will focus on Google+. YouTube and LinkedIn.

5.  Which paid social media is most popular?

There is a very clear finding here. The most popular form of paid social media advertising amongst respondents is comfortably Facebook followed by LinkedIn and Twitter adverts: 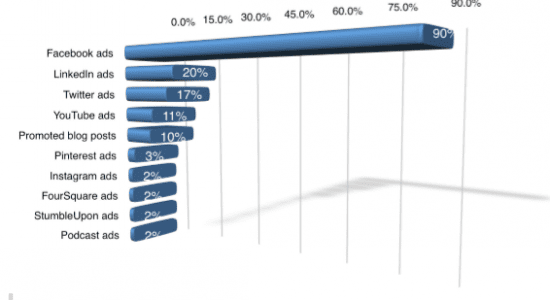 So, those are the 5 key areas of the report for me. I hope the summary is useful to compare your approach.