Best marketers to learn from on Google Plus

Who should go in your circles?  A new tool to discover who is worth following and my recommendations

Well, it seems as if Google Plus is here to stay. This chart tells its own story, although Google had a huge head start in awareness that Facebook and Twitter didn’t have originally.

Like many others, I’ve been trying to work out how to best use Google Plus to stay informed. Within Google Plus a big part of this is deciding on who goes in which circles. I’m putting most people more or less well in a “digital marketers” circle, when they add me, but I also have more focused circles which are to help me find out what’s new in the different areas of digital marketing.

A new tool to find out who to put in your circles.

On Twitter, Wefollow - digital marketing example is useful if you’re new to Twitter or researching influencers in a category. The example shows it does identify the most influential, but it is limited by who has submitted themselves to a category. 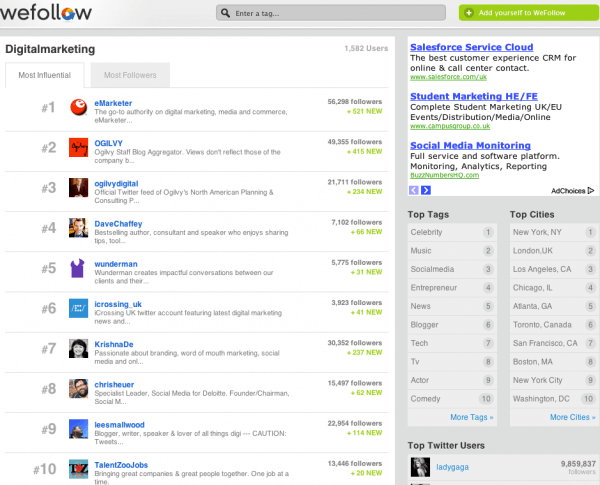 So, I was wondering when such a tool would appear for Google+. Well, it’s here already and it’s called Group/AS. You can see there is already a group for social media, but few other groups. 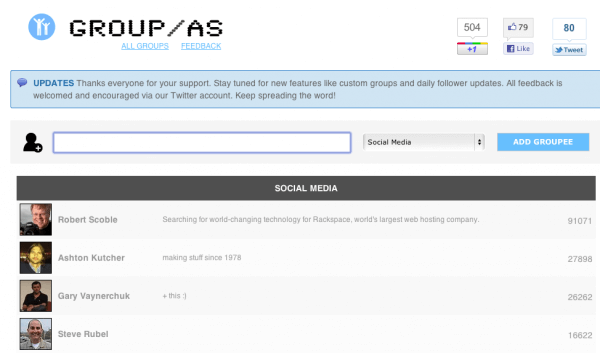 I’m sure other tools will be along - do you of any that are more comprehensive?

My circles on Google Plus

This week I’m using the + feature in Google Plus to find people to place in circles. I’m starting with social media commentators and I’ll aim for around 10 in each.

These are the guys I like to follow since their content is fresh, interesting and relevant. They’re “thought leaders” for me. You'll see it's a mixture of gurus and others I learn from on Twitter.

In other categories of digital marketing I know a lot more people in the UK and Europe, but not this one - maybe I don’t go to enough conferences on social media.

So do let me know if you think there is someone as relevant as these guys I should be listening too/talking with. TIA!

Next is Web Analytics - one of my big passions in Digital Marketing since it underpins everything and makes results quantifiable. Here are the top 10 I listen to:

These are the generalist digital strategists like me and probably you, who try to keep tabs on everything!

To find me on Google + I’m here: +DaveChaffey