AMPs to appear in all SERPS, not just news [@SmartInsights Alert]

Google's Accelerated Mobile Pages are set to appear in all mobile SERPs, rather than just the news carousel.

Google's AMPs are designed to make mobile browsing a more frictionless experience. Rather than taking sites designed for desktop and making them responsive to mobile, AMPs are mobile first and only. It will mean clean, non-cluttered pages which will load far faster on mobile devices than your average responsive site.

Earlier this year we reported that Google has started rolling out Accelerated mobile pages to certain mobile search results- specifically results in the news carousel that appears at the top of certain SERPs with the distinctive lightning bolt. 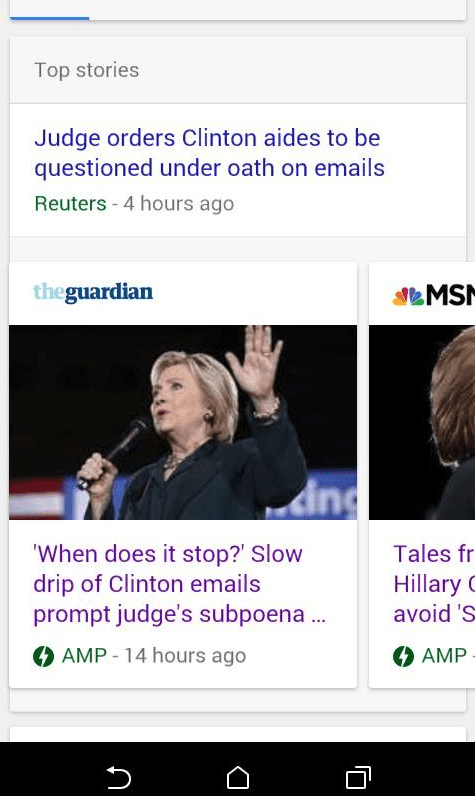 The big news from Google is that AMPs are now to be rolled out to all mobile SERPs. In a blog post on August 2nd, the company announced an early preview of the new AMP feature across all mobile SERPs. This is likely to be followed by a general roll out of AMPs in the coming days or weeks.

Are they essential for SEO?

Google hasn't said that being an AMP will be a page ranking factor, but it has said page load times will affect brand's positions in SERPs. Therefore businesses should make sure their utilising AMPs to get the best possible mobile page load times so as to assist their SEO. AMPs will also have a green lighting bold logo in mobile SERPs, which will probably make people more likely to click on it as they will know they will be served a clean page that won't use up lots of their data.

Speaking to Search Engine Land in August 2016 when it was announced that AMP will be extended from the news pages to all results, Google’s VP of Engineering David Besbris said that AMP pages will not receive a ranking boost, though Google has suggested in the past load time and page speed are mobile ranking factors. Besbris also explained that where there are two identical pages, one AMP and one mobile-friendly, Google will serve the AMP page on mobile devices. He summarised the benefits as: • AMP pages are 4x faster, use 10x less data compared to non-AMP pages • On average AMP pages load in less than one second • 90 percent of AMP publishers experience higher CTRs • 80 percent of AMP publishers experience higher ad viewability rates Though it was initially adopted by news publishers, Google said that a wide range of non-news publishers have now embraced AMP, including eBay, Fandango, Reddit, Flipkart, TripAdvisor, Disney, Food Network and many others.

Though it was initially adopted by news publishers, Google said that a wide range of non-news publishers have now embraced AMP, including eBay, Fandango, Reddit, Flipkart, TripAdvisor, Disney, Food Network and many others.

Why have Google created AMPs?

Mobile page loading times are a perennial headache. The problem is usually caused by long-form content and in particular ads being extremely data hungry. The New York Times recently acknowledged in an extremely honest article that it’s own home page loaded on iPhones twice as quickly if they had an ad blocker installed. Studies have also shown that some pages have over 3 times as much data in ad content as they do in actual useful content. 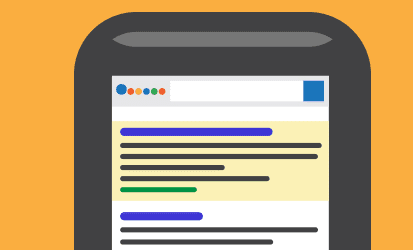 In an attempt to banish the scourge of slow load times on mobile, which really should be an anachronism in our 'mobile first' age. Hence the reason why Google has been working on AMPs

How AMPs may benefit advertisers

The project has quickly gained traction with publishers, advertising networks and platforms such as Facebook, Google and Twitter - so if they take it seriously, then you should think about it too. AMPs will put a brake on how much data ads use to accelerate page loading times, but they will still have ads. In this way, they may help to reduce the growth of ad blockers, as people won’t feel the need to have ad blockers installed to stop them slowing down page load times and eating up their mobile data. Google has stated that the pages will still allow advertisers to collect traffic counts and other key ad data, which means AMPs won’t reduce advertisers analytics options.

Fast loading mobile pages aren’t just good for advertisers, they could be good for almost anyone’s site. After all, over half of internet traffic now comes from mobile, and making sure your page loads fast can reduce the bounce rate and thus attract more customers.

If you are considering AMP pages when they launch in early 2016, you’ll need to know how to go about setting them up for your site. Luckily this won’t be difficult. We asked our resident web designer Aaron to explain how to set up accelerated mobile pages for your own site.

'To make your existing web pages into "Accelerated Mobile Pages" doesn’t require too much work. You just need to include the required AMP script and convert some of your existing HTML markup in to AMP markup which is an extension of HTML and it works in all modern browsers

We think that larger sites that publish regularly to a blog should consider using AMPs since could help give your mobile traffic a nice little boost, especially if long load times are currently putting potential visitors off. We're planning to implement them now and this is made easier through this WordPress AMP plugin.