The great idea behind each app, the end result and why they failed

With well over two million apps in the duopolistic Apple and Google app stores - there are far more stories about app failures than app successes. The colossal flops are the really important stories because they can teach us about what not to do when designing, building, launching and marketing a new app.

Here are a few of the biggest flops in the mobile app industry, which can serve as examples of what not to do.

1. Everpix - 55,000 active users but no sales or marketing strategy

The truth is, app stores are oversaturated with similar apps while the most successful apps are unique and have a strong value proposition. If you build an app that offers similar features to hundreds of competitors, you'll likely have immense trouble winning over users. So, keep in mind that this one principle can help save a lot of money and heartache if adhered to from the get-go - but not always...

Everpix was one of those apps that had a pretty unique idea and seemed like a good app. However, it ultimately failed in the end. The founder of Everpix, Mr. Latour, was a photographer who wanted to make it a lot easier to sort and organize pictures while storing them online in the cloud.

Mr. Latour had a team of designers and developers build an app based on an algorithm that sorted and pulled the best shots. And it worked. In 2012, Everpix had over 55,000 active users and soon became one of the world's only solutions for deftly managing a large library of photos.

His talented team obsessed over the UI, look and features of the app but user growth failed to keep pace. 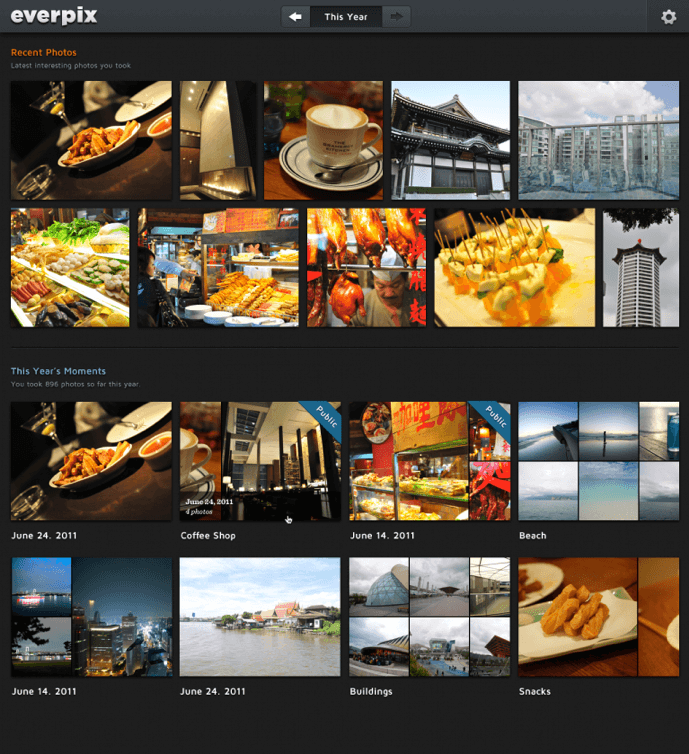 Everpix simply forgot what matters most to investors: growth. With only 6,800 paid subscribers and an investment of around $2.3 million that was slowing evaporating into Everpix’s employee salaries, the app started hemorrhaging money and, in 2013, shutdown.

Everpix tried to find more investment money and the company also tried to quickly sell the app, but when confronted with an estimated bill to Amazon Web Services for about $35,000 - it had way too little time to scramble and adequately charm anyone.

Ultimately, Everpix’s founders made huge and fundamental mistakes along the way. They had spent way too much time on the product and not nearly enough on growth and distribution. The app started its marketing efforts too late in the game and didn’t position itself against Apple and Google, which both had similar free products. On top of it - Everpix expected users to be patient with the app’s learning curve, which required a bigger than usual commitment.

The lesson here is to pay attention to balancing every aspect of app development and marketing. Having a great app but running out of money while you're scaling up your company or failing to advertise or optimize the app correctly in app stores is naive and Mr. Latour will be the first one to admit that he failed to plan for each necessary step towards app success and adapt to all possible contingencies.

2. Vine - 200 million users but too slow to react to market changes

Some companies launch their app at the perfect time and enjoy huge success pretty quickly. Youtube, for instance, was launched in 2005 and its ad revenue was estimated to be about $4.7 billion back in 2013. Today, Youtube has over five million installs.

Vine, on the other hand, was not able to find a sustainable business model. Vine was a video-sharing application that was designed to enable users to make and share short six-second video clips. Every Vine video was called a “vine” and could be played in a constant loop and could be embedded into Twitter’s timeline or into any other site page.

The invention of revolutionary, very short GIF videos was so fresh at the time that Vine took off quickly but the app had not done anything significant to adapt to market changes. This began to plague Vine from the start although Ankur Thakkar - who was Vine’s head of editorial - had said, “A couple of things plagued Vine, and it all stems from the same thing, which is a lack of unity and leadership on a vision.”

Twitter bought Vine for $30 million in 2012 - seeing Vine as a perfect complement to its text posts, which also had a time constraint like Twitter’s character count that posed a nice creative challenge but ultimately created a barrier to making more compelling short video stories. Vine’s small, New York-based team, however, wrestled with ways to grow its user base and find ways to earn money.

Vine had a strong lead over other social video apps but it clearly failed to keep pace with competitors like Snapchat. Instagram had also added great features and courted more celebrities with the option to create one-minute videos. Vine later extended their videos but it was too late. Vine ultimately failed to adapt and Twitter closed it down.

In a nutshell - Auctionata was ahead of its time but also failed to understand its target market or deal with the issues its audience was experiencing.

Yik Yak was an anonymous messaging app for college students and it did really well, as it provided a discreet way to communicate with others who may be nearby. Unfortunately, it was easily abused. Schools and universities began to ban the use of the app as anonymous threats started to spread using Yik Yak. 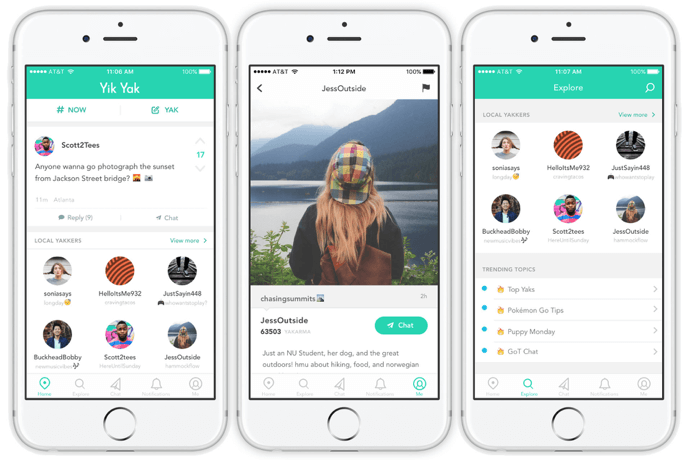 The app also failed to pivot to group messaging and when it started to ask everyone for a permanent username or handle - install numbers slid to the point of no return. It failed to adapt to changes and understand its target markets.

In 2007, FriendFeed was a real-time social-aggregating website and app. The app consolidates all the updates from social networking and social media websites, social bookmarking websites, and blogs.

Former Google employees had started FriendFeed and while it held real promise - it never caught on and actually took business away from Facebook, which bought it and then ended it after failing to make it work.

Quixey aimed to help users discover content in the other apps they had installed on their smartphones or tablets. Alibaba became the top shareholder as it had invested nearly $80 million but the company ultimately became the app’s downfall, as Quixey hadn’t performed well. Alibaba decided to refuse to invest more and soon after most of the team was fired - Quixey was promptly shut down. 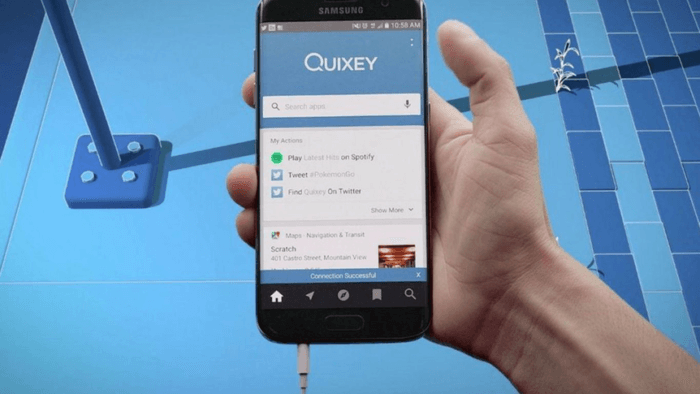 The app failed to earn significant revenue in the end. The lesson here is that going into debt and becoming beholden to other parties can sink a growing app trying to find its place in the app world.

7. Rdio - Monetized with a great UI but no dedicated marketing team 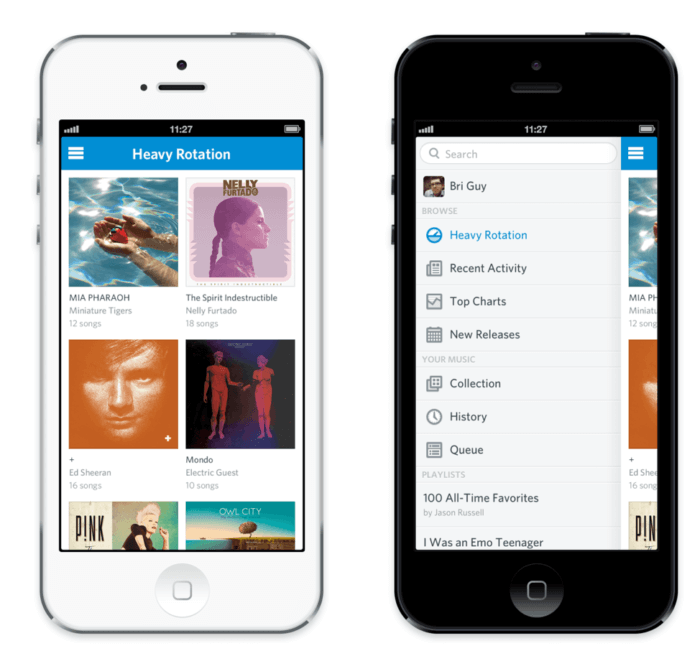 In 2010, Rdio became one of the first music streaming services. At first, it had a $5 web-only streaming plan and had about seven million songs while Spotify came on the scene a year later after its launch and offered 30 million songs for free (with advertising).

Ultimately, Rdio had a great app and had spent a lot of time and money developing its features. It failed when it acted too late to change the business model to offer free music streaming. Plus, compared to Spotify’s marketing efforts - Rdio’s marketing was next to nothing.

The right planning is at the heart of app success.

The ancient Chinese war strategist Sun Tzu said, “Every battle is won before it’s ever fought.” What he meant was that with the proper planning and preparation - we can overcome almost all obstacles that arise in the pursuit of a goal. The same is true today for making and marketing a successful app. It’s a battle that is winnable when all the key elements are in place.

Truly good apps with a super-strong value proposition will succeed with:

All of these right moves come with wisdom. Smalltime or bigtime app developers alike can avoid going down these costly, dead-end roads. Learn from the gross errors, inflexibility, and naivete of the top three flops above and you’ll be on the right track.

When you choose a good mobile advertising agency, much of the practical wisdom needed for an app’s success is already accumulated. There’s no need to rediscover the wheel and spend time and money reinventing the processes and ways to make an app workable, discoverable and downloadable.

The app store ecosystem is not unlike the natural environments that organisms inhabit and fight for survival. Adaption is the key.

In the end, the best way to ensure an app’s success is to test and retest almost everything from the app’s UI to the onboarding, the app’s target market to the most effective marketing message. Plan everything about the app but then ensure you’re able to be agile enough to adjust to quickly changing circumstances.

Planning correctly will help an app survive the beginning stages but adapting to ever-changing conditions and experimentation results will uplift a good app to eventually thrive for the long-term.

Maria Cilea is the Content Director at Moburst. She supervises the creation and updates of the educational articles on the Moburst Blog. This includes creating content and supervising all tasks related to SEO. Maria maintains the communication between their brand and content curators for guest posting, PR and paid media advertising.