New research on smartphone and tablet adoption and engagement

Europe ahead of US in mobile engagement

Adobe have released new research comparing mobile engagement in different countries and across different sectors. We thought it could be useful for benchmarking your use of smartphone and tablet on your site and the engagement you're getting.

The research was released at this week's Adobe Summit for EMEA in London. It's from the Adobe Digital Index (ADI) and part of a new report which analyses website metrics such as stickiness, consumption, and conversion rates. It's a big study based on data from 100 billion visits to more than 3,000 Web sites in Europe (Belgium, France, Finland, Germany, Luxembourg, the Netherlands, Norway, Sweden, and the UK) - comparison are given to the US too.

According to Tamara Gaffney, principal at the ADI:

"The big difference Gaffney noted between Europe and the US was in traffic coming from smartphones. In Europe, the Nordic countries were the leaders, with smartphone traffic growing by an average of 8.7%. In the UK, traffic increased by 8.4%, and in Belgium and Luxembourg by 6.8%. Apart from France, with 5.6% growth, all European countries studied outperformed the US, where growth was 5.9%.

The UK is the most mobile-ready with companies already recording 52% of their Web traffic coming from smartphones." 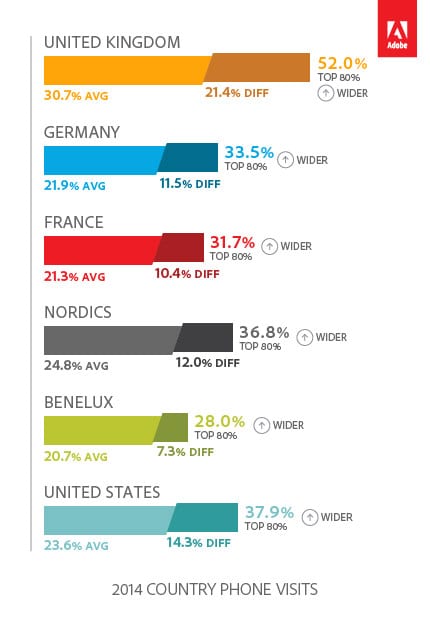 The report is also interesting since it covers other KPIs for site engagement benchmarks. Here's some highlights of what these show:

Conversion rate showed the impact of increased smartphone use. The data compared conversion rates in every country with 2013, and only France, Germany, and the Nordics saw the gap widen between the best and the rest. But that gap can be hugely significant the conversion rate for the best can be almost double the average. 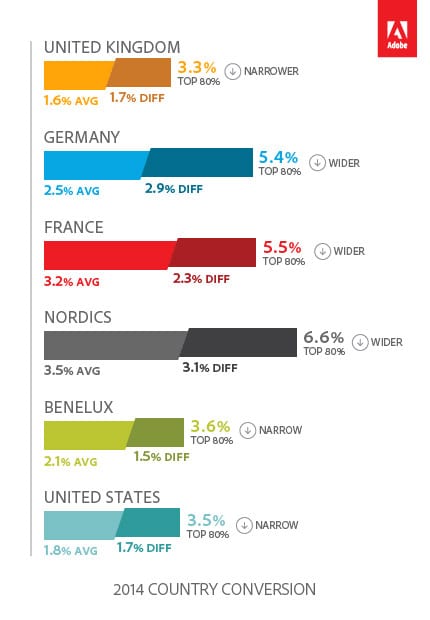 For reference, the benchmarks compare the best sites to the average using this method: 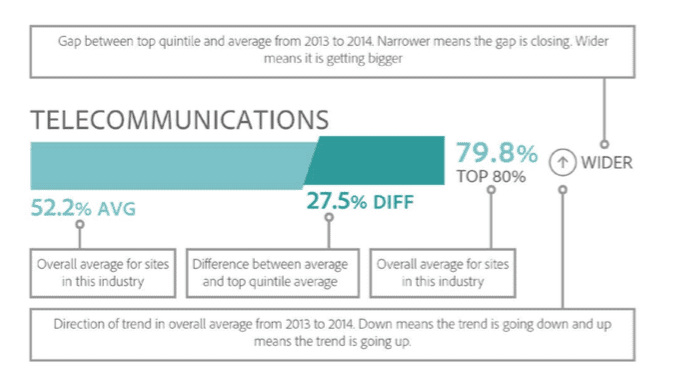 The impact of increasing smartphone traffic also showed up in site stickiness too - overall there were low figures for stickiness which is the number of Web visits that involve more than one page of a site (so it's 100 minus bounce rate which we see in Google Analytics). The report shows that, on average, a little less than half the Web site visits in Europe involve more than one page. Of course this metric varies a lot by page type and type of visitor so it's only useful to review in relative sense across a site. 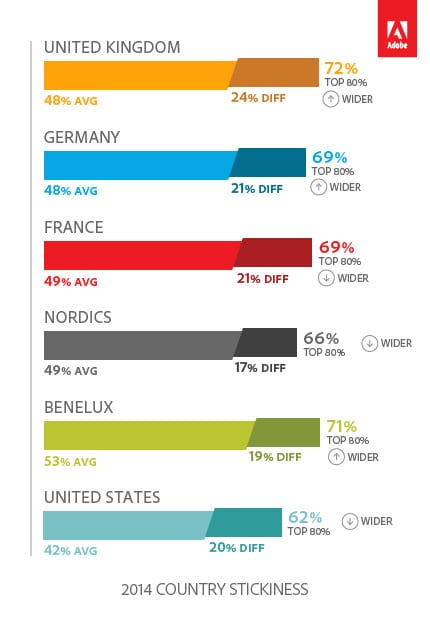 Adobe define visit rate as "the number of times a customer comes back to a site in a given month". Gaffney explains that this metric matters because loyal customers are so much more valuable than first-timers.

In Europe, telecommunications and financial services showed the biggest improvements, with Gaffney highlighting the latter as the industry companies wanting to build a loyal following should study. 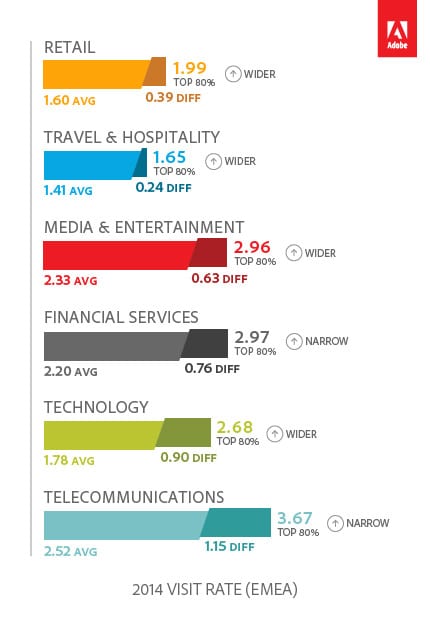 If you'd like to review the full research you can download the report via CMO.com site. Smart Insights have a fuller compilation of mobile marketing research.