Do you have an app strategy? 5 options for reaching and engaging your audience  through mobile applications 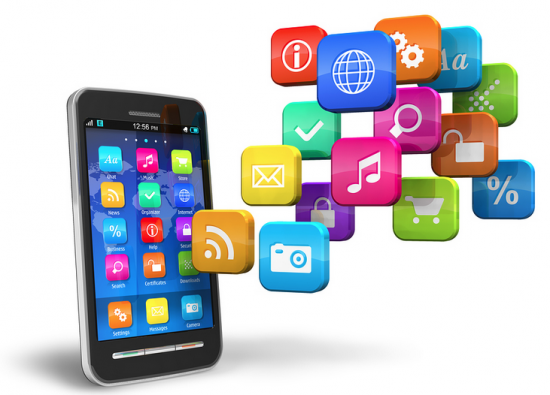 The growth in popularity of mobile apps

In January 2010 Apple announced that 3 billion apps had been downloaded in the 18 months following the launch of the AppStore. Growth has since increased month-on-month and shows no sign of slowing down. 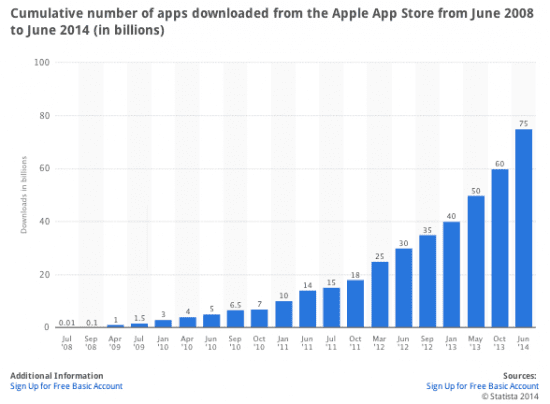 Source: Statista: Number of Downloads from the Apple App Store

Popularity of apps by operating system 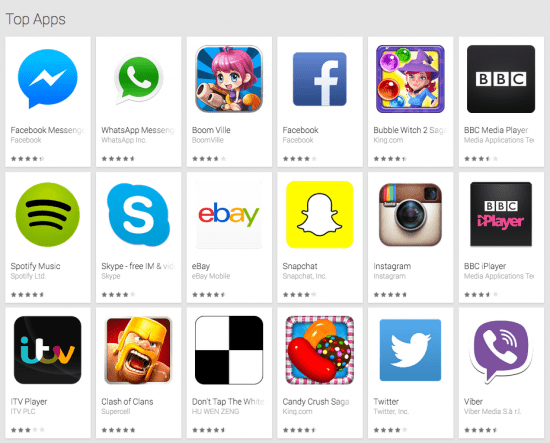 Top free apps on Google Play July 2014 show that communication services Facebook Messenger and WhatsApp Messenger have overtaken Facebook as most popular apps.  It is surprising to note that Facebook has dropped to fourth position having been pushed down the rankings by a game. 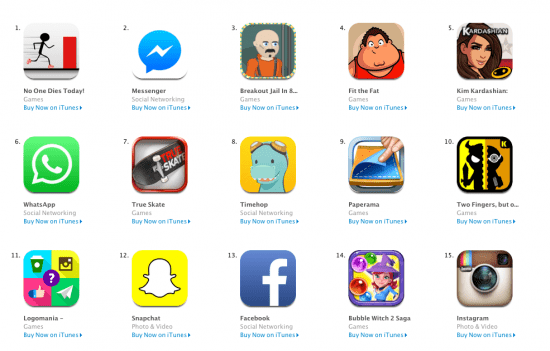 Games dominate a majority of Apple App Store’s most popular apps in July 2014.  Facebook is surprisingly low down ranking at number 13, 7 spots below messaging service WhatsApp.

I think the main mobile app strategy decisions are:

Q1. Are apps a strategic priority for us?

The goal of apps for most organisations will be to increase awareness and sales, or for publishers revenue from advertising or subscriptions.

For many companies, this won’t be a priority because they will have to put budget into higher priority areas such as improving the experience on site or in their social network presence. Owing to volume of users reached through these other platforms incremental improvements here are likely to give better returns. But the figures presented above show the potential benefits of apps to marketers in reaching audiences and potentially in selling apps, although the latter will be generally limited to publishers or specialist software developers. For these types of organisations, apps are likely to be a priority.

Q2. Do we build our own app and/or leverage existing apps?

Creating an app is only one of the marketing options – advertising and sponsorship options may be a more cost-effective method to build reach and awareness of a brand. A good example of sponsorship fit is the Canon Sponsorship of the excellent Guardian Eyewitness phototgraphy app. We also have the new in-app advertising including iAds from Apple and Google Adsense equivalents (made possible through its acquisition of the AdMob network) although I’m not sure of any results from those yet.

Retailers will generally offer free apps offering choice and convenience in return for loyalty. Brands offering entertainment will likely also go the free route to increase customer engagement. But for publishers or software houses, a freemium approach of free app showcasing the serivce and paid app for improved features or content is the standard approach.

Q4. Which category of application to target?

As you would expect, accessing social networks and music via apps is popular, but for most organisations, you can see from the chart below that Games and Entertainment are the main options as of May 2013. 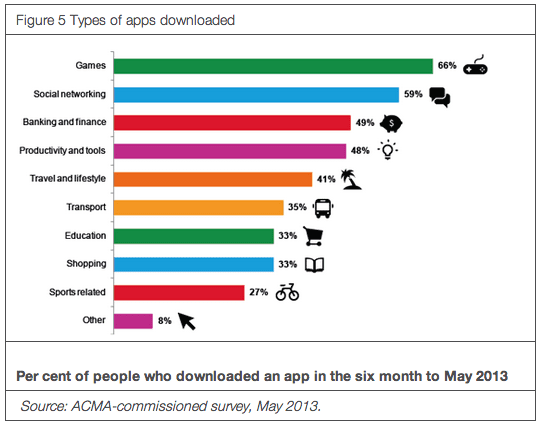 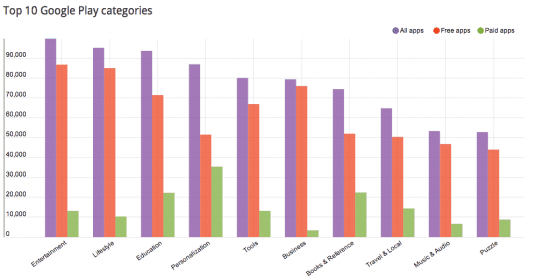 Entertainment apps narrowly edge ahead of lifestyle apps on Google Play, with education closely following and music and audio surprisingly low down. 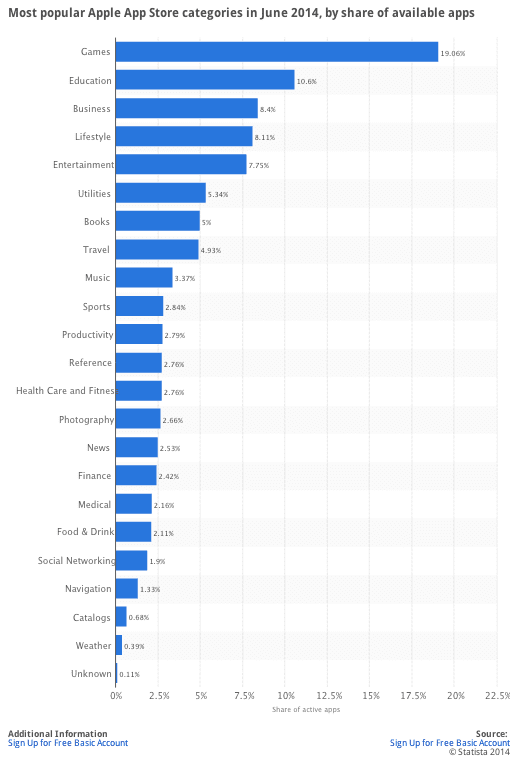 Games rank highest as the most popular category on the Apple App Store, leading by a margin of over 9%.  It is interesting to note that lifestyle and entertainment apps place 4th and 5th respectively.

Q6. How to refine apps in line with feedback.

The success of apps is very dependent on feedback in the App stores and the need to fix bugs and add enhancements to compete shows the need for an ongoing development cycle with frequent updates. A whole new area of app analytics and new solutions will no doubt develop but a challenge with apps similar to that of Flash apps before them is that measurement functionality needs to be specified in advance. Careful review of hurdle rates for % user base who are using the app or its different function is going to be a KPI here.