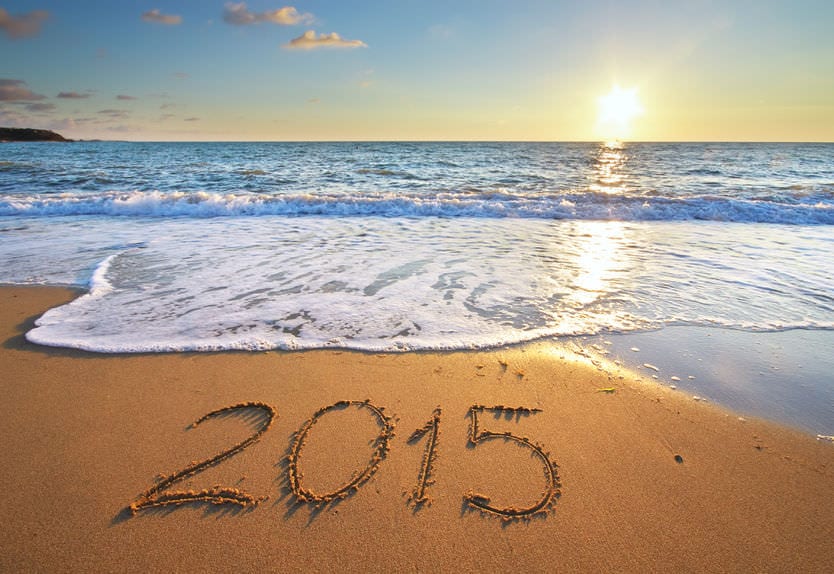 Yes, we’ve been saying this for some time now. And every year it gets more true. The technology gets better (both hardware and networks). Things just work better. It’s faster. And easier. So consumers are more inclined to do things on mobile devices. As users, we are all accustomed to our mobile devices. We’re well up the learning curve. And so the payback becomes greater and the effort required becomes less.

For most of us, using mobile devices has become a habit and increasingly a life-support system. This thing in our pocket is the most personal communications device ever invented and many of us would struggle without it (ever lose your phone? Or drop it in the toilet? Or just run out of battery? Or struggle to find Wi-Fi when roaming?) so the right question is not “will mobile take off?” but rather “has mobile already taken over?”.

The statistics on mobile adoption are, of course, mind-blowing:

But we should bear in mind that:

So there is still plenty of potential for smartphone makers and it’s essential that marketers think mobile (‘first’ for now and possibly ‘only’ in due course).

The time when marketers talked earnestly about “mobile-friendly” (as if it were some kind of revelation) has gone and now even “mobile first” sounds a bit "old hat". So will ‘desktops’ be an interesting new niche? I don’t think so… Sure, there are times when we like a nice big screen and maybe a conventional physical keyboard, particularly for creating something. But these peripherals can be ‘plugged in’ to our ubiquitous mobile devices which are easy to carry round as we go about our lives (business or pleasure). End of. Many consumers are already “mobile-only”. So increasingly mobile=digital=mobile. With my cynical hat on, I explain it like this: Computers got smaller; get over it!

Social Media is now part of most people’s lives. Marketers are always looking for new, cheaper, better ways to reach audiences; and those audiences have moved onto Facebook, Twitter, Instagram and all the others. So marketers must “fish where the fish are” but how? Do people really go on social media to hear updates from brands? Even those they have “liked”? Generally, not. So marketing must be ‘interruptive’ but of course that was always the case. The challenge now for brands is to add value in social spaces; the only way to interrupt successfully is to engage immediately and continuously.

Interestingly, there is evidence that organisations are getting their act together in social media. It’s been around long enough now that there are capable managers with 5 years+ experience of building and managing online communities. They understand the opportunities and the dangers. They know how to do stuff. They are valuable and much in demand. Policies are being drawn up, teams are being structured, people recruited and trained. The respective roles of Marketing and Customer Service and other departments in the socially-connected world are being clearly defined. So everyone knows what they should be doing. And not doing. This is not Rocket Science. Just sound business planning. And about time too.

There are signs that Facebook growth is plateauing in the US and Western Europe. But there is still plenty of scope for further expansion in India, Indonesia and Africa. And if Facebook is not quite as ‘cool’ as it was 5 years ago, Mr Zuckerberg et al have wisely acquired WhatsApp and Instagram which are (currently) ‘cooler’.

Then there are the Chinese platforms (see below). So the brand names may change, but the learnings, for marketers, are transferrable.
Which just leaves us with the ‘biggie’: the difficulty of calculating true ROI on social activity. This is one of the biggest challenges for marketers in 2015 and, I am sure, beyond. Lots of work is being done on this but naturally, not all of it is public.

Why is the cinema still going strong after more than one hundred years? Why has TV being so successful for so long? Why has TV advertising been dominant marketing communication channel for over 50 years in most countries? Well because it offers a powerful combination of moving colour pictures and sound. If “Advertising is what you do when you can’t be there yourself” (attributed to Fairfax Cone: founder of FCB now part of Interpublic Group) then a TV ad is a pretty good substitute for walking the streets and knocking on doors to sell your product to consumers one at a time. More and more people are spending more time online. What content do they want? Video would be right up there. Increasingly so as the technology works better and better (see Mobile above).

In the UK, Sky TV is offering advertisers something  stunning. Sky AdSmart technology means I can be watching the same Sky program as my next-door neighbour (a live broadcast) but when the ad break comes, we see different ads, tailored to us. Households can be selected based on factors such as age, location, lifestyle. Targeting is based on a combination of Sky’s own customer data and external information (e.g. from Experian). Wow!

All the power of TV, targeted with a previously impossible precision. Is this “Direct Marketing”? Above-the-line? Digital? Who knows anymore? And does it matter? Indeed, how ‘separate’ is Digital Marketing in 2015? Let’s not get started on that one right now…

The Cinema wasn’t killed by TV. And TV wasn’t killed by the internet. TV advertising is alive and well and part of the future. (HD, 3D, Connected+++). If you need convincing, go here.
Video isn’t TV or online . It’s just a form of content. And, done well, it works superbly well.
Seth Godin http://sethgodin.typepad.com/ talks about Permission Marketing.

Dave Trott argues for what could be called ‘interruptive creativity’ (forgive me if I've misinterpreted Dave). There is merit in both approaches and of course it all depends. On your brand and on your audience. Video can be very powerful and effective when it engages, informs and entertains without irritating. (More difficult to achieve than it might sound.)

Facebook recently announced its plans to make historical posts searchable. Mark Zuckerberg estimates these may amount to around 1 trillion pieces of content. http://techcrunch.com/2014/12/28/mining-the-hive-mind That’s a lot of data. And potentially a lot of useful information.

William Edwards Deming (1900–1993) is believed to have said “In God we trust. All others must bring data.” Today, lack of data is not the problem. Moreover the abundant data itself is not a solution. Rather the challenge is one of interpretation which requires special people. They are scarce, useful and consequently valuable.
I teach at several Business Schools (in the UK and internationally) and students often ask me “What is the best career path for marketing/business graduates in the digital age”? Well to be honest I’m not certain I’m the best person to ask, but I want to help so I normally say:

“EITHER a) start a social network which becomes fabulously successful and in seven years do an IPO and become a multi-billionaire OR: b) become a data scientist and you will always have a job.” The students generally smile at this, whether or not they understand my (rather dry) sense of humour. Seriously: the future belongs to the data scientists; even if the analytics tools of choice are not always going be Google Analytics, Adobe SiteCatalyst, Webtrends or the IBM suite of products, the need for someone to make sense of the growing mass of data and to tell marketers what they should be doing will only increase. And why stop at what’s going on on your own website? What about Social Media analytics? Offline? CFOs generally take a media-neutral and bottom-line-focused approach. That’s their job. So: CMOs and CEOs either need to be data analysts themselves and/or to know where to find them; intelligent people who fluent both in data and (international) English will be in demand. If you can speak confidently and knowledgeably about things like Conversion Rate Optimisation (CRO) and Cross Channel Attribution, people will listen. And pay you. So: start reading Avinash Kaushik’s Blog today! It contains great wisdom, based on experience and is also highly readable.Data got bigger. And analytics got more important. Both trends will continue.

We hear a lot about China these days, for example this is how McKinsey summarise their digital transformation.

China is the second biggest economy in the world, has enjoyed double-digit(al) growth in GDP for most of the last 3 decades. There are some great stories of Chinese tech successes. Mobile phone maker Xiaomi has become the world's most valuable technology start-up just four years after it was founded. Xiaomi has raised $1.1bn (£708m) in its latest round of funding, giving it a valuation of $45bn, compared with the $40bn value of Uber (the taxi booking app). In 2014 Xiaomi outsold Samsung in the massive (and growing) Chinese market. Alibaba's initial public offering in September ranked as the world's biggest IPO at $25 bn. Including its subsidiary Taobao, Alibaba handles more transactions than Amazon and eBay combined.

However: Shock! Horror! Whisper it quietly! It appears that growth in the Chinese economy may be slowing. Observers cite the cooling property market, soaring total debt and higher labour costs. But several Chinese Tech firms have both momentum and ambition. So remember these names: Alibaba, Tencent and Baidu (as well as Xiaomi) and watch out for them all in 2015. These companies have so far focused on the lucrative and expanding domestic market; however there are now signs that they are looking for expansion opportunities internationally. And after all, why should the biggest tech brands be predominantly from the US? Maybe some healthy competition would be a good thing? So look East this year. There is much to learn from these new kids on the block…

So that’s it. Another dynamic and unpredictable Digital Marketing year in prospect.

But why only 5 things? What about Wearables? Omnichannel? Content Marketing? Facebook Search? Google+? Instagram, Snapchat and WhatsApp advertising? The Internet of Things/ Connected Lives. Semantic Search. Won’t these all be big too?

Yes probably. And so too will some things that we haven't thought of…But these are other posts for another day.

Dave Chaffey covers the technology trends for many of these in his post on 2015 Digital Marketing trends.

Mike Berry is a UK-based Digital Marketing Blogger, Trainer and Consultant. You can follow Mike on Twitter or connect via LinkedIn. Mike is Course Tutor on the IDM (Institute of Direct and Digital Marketing) Diploma in Digital Marketing and the IDM's Complete Digital Marketing 3-day professional course; author of ‘The New Integrated Direct Marketing’, (Gower) and a Partner at Aprais, a global agency/client relationship management consultancy. View Mike's company blog at http://mikeberryassociates.com.