For anybody that doesn’t know, Mary Meeker is rightly famed for her intelligent selection and presentation of the key trends of digital business, so today we’re sharing a summary of her latest report with what we’ve jumped out to us from a marketing perspective - it's hot off the press this week. The full deck is 164 slides, I found I needed two coffees...

Mobile, mobile, mobile. We're all going mobile in a hurry. This is where Meeker's report has focused for the last few years. The Internet as a whole is growing, led by developing countries of course, and mobile is growing faster. 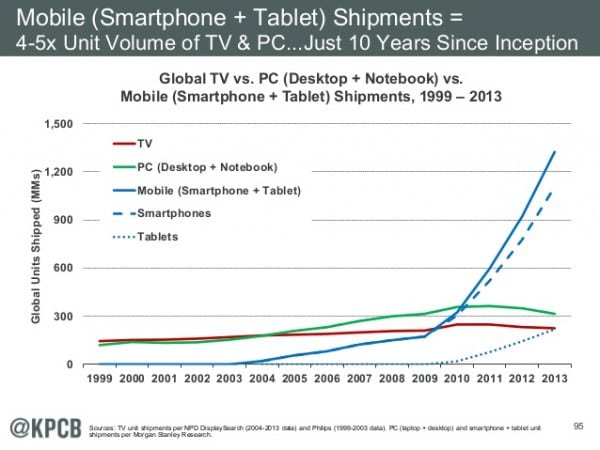 Video is growing in power for brands who seize it. Television viewers are evolving to embrace the second screen for interactive content, while also ditching TV for online video content. 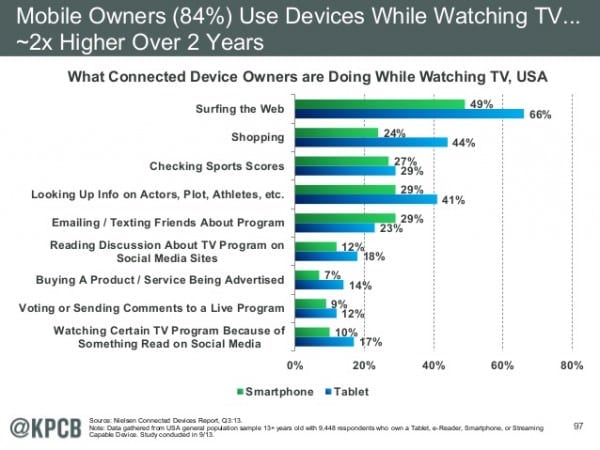 Outside of mobile and video, cybersecurity is a key issue for business, and China is fast becoming a tech superpower. Equally, any ‘tech bubble’ that exists hasn’t swelled anywhere near as big as the one that caused the dot com crash in 2000, so we can all breathe a sigh of relief there.

Here's the full deck in all its glory: