Google Duplex – here’s what it means for marketers

Have you heard of Google Duplex yet? You know, the AI assistant that books appointments and makes reservations on your behalf? Just your next-door robot…

As you may already be aware, Google Duplex is a new technology launched by Google at Google I/O 2018, the company’s annual developer conference. Google Duplex is an AI system that is designed to accomplish real-world tasks over the phone, by mimicking human conversation. Google CEO Sundar Pichai personally demonstrated phones calls made by this digital voice assistant.

The product was demoed by showing a phone call where the AI assistant makes an  appointment at the hairdresser’s, by calling them and having an actual conversation. Now chatbots and voice assistants have been around for a while now, so that probably doesn't sound all that intriguing to you. Although, what you may find really intriguing is that the phone call was a close, rather scarily close, resemblance of an actual human conversation.

The AI assistant is able to make real calls to real businesses, and nobody seems to notice that it was a robot that was in conversation with them earlier. Essentially, with the help of Google Duplex, you could help accomplish simple tasks, such as booking appointments etc., without actually having to do them. The bot also mimics the key markers of an actual conversation, such as appropriate pauses and filler words like “um,” “ah,” and “uh-huh.”! Baffling. If you haven’t seen the demo yet, a demo of it yet, check it out here. 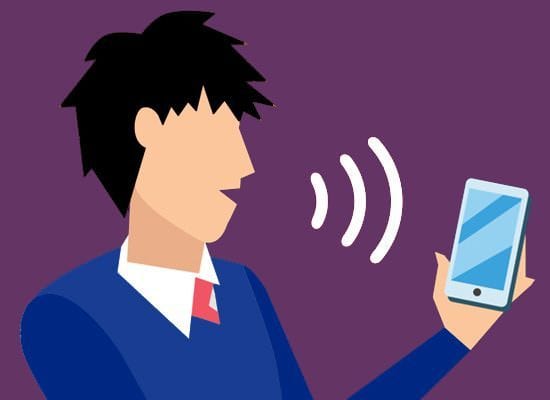 The Turing Test - Look in the past

To give a bit of context, Alan Turing helped pioneer the idea of programmable computers and built one of the first-ever computing machines, the Bombe. Alan Turing is to the world of computer science, what Albert Einstein is, to physics. Turing was way ahead of the AI game, thinking about the relationship that could potentially be developed between humans and computer intelligence.

Today, that concept has become part of everyday life, with AI forming the basis of video games, GPS and apps on our phone. However, Turing not only pioneered the idea of AI, but also created some metrics that can be used to judge whether we’ve actually reached a point when the AI is intelligent. Modern computer scientists refer to these metrics as the Turing test and have played around with it for decades.

Even though there have been many recent developments in AI, the Turing test has largely gone unsolved since 1952. The Turing test hasn’t been a priority for the AI developers because it seems to primarily focus on the ability of AI to imitate human conversations. Fast-forward 2018. Google Duplex has now passed the Turing test, not only for text, but also for an actual voice conversation! You can’t tell the difference between the machine making the call versus a human-being making the call.

Enough about history. Now that Google Duplex is here, and by the looks of it, here to stay - marketers need to start asking some difficult questions. Will it affect search and SEO? What new marketers opportunities will it bring? What are its business implications? While it’s an exciting new technology for consumer, being constantly bogged down with simple tasks, what’s really fascinating is the potential impact this kind of technology could have on the future of digital marketing.

Originating from the smartphone trend of voice search, where Apple and Google introduced voice assistants on their smartphone operating systems, we already have successful versions of voice interactions through the likes of Apple Siri, Google Assistant and Amazon Alexa/Echo. According to Geo Marketing, 40% of millennials have already started making search queries through a voice assistant, prior to making a purchase.  So, it’s safe to say that the addition of Google Duplex onto this list will only further drive up the volume and popularity of voice search. 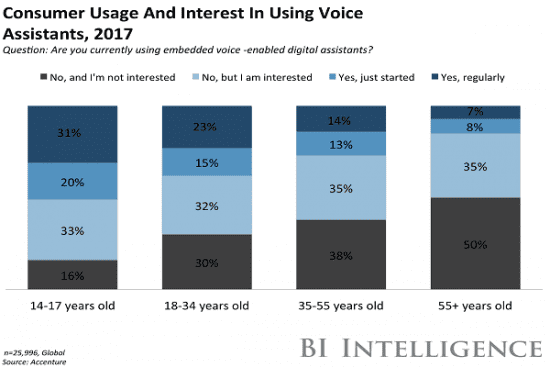 Imagine if you could ask your AI assistant to book a hairdresser’s appointment nearby, it could potentially make use of Google search and place the order, all at once. This would speed up the whole online search process but would also cause a much greater reliance for businesses to be optimised for voice search.

Another potential impact could be that rankings on SERPS that form the basis of SEO knowledge, could be disrupted, if the AI assistants are utilised to skip the search process and automatically attain search results. This could also cause a further decline in the transparency of search ranking algorithms, making it harder for businesses to ‘crack the code’.

Speaking about combining both the search action as well as actually making the call, Google Duplex could potential skip out steps that human-beings cannot. Similarly, the new AI assistant could also require lesser interface to provide the results. For instance, Google Duplex can make it easier to perform certain online actions without actually needing a screen to navigate them.

This could give rise to new screenless interfaces and more audio-based marketing ventures. A question, difficult to asses at this stage, is whether such technology could cause a shift from more visual methods to more audio-based methods.

AI-based chatbots have been deployed more widely through 2017. This form of conversational UI makes perfect sense on smartphone where a combination of spoken or typed questions can be combined with prompts to select from a preferred response. In 2018, chatbots will continue to be a common form of customer service for most ecommerce platforms, providing instant connection with customers.

However, with new technology such a Google Duplex, customer service and telesales face more of a risk than ever before. While chatbots were mostly text-based, hence somewhat limited in their functionality, automated AI assistants that mimic human conversations are capable of much more, posing a much greater threat to human jobs.

Google Duplex provides an exciting new opportunity for marketers working on conversion rate optimisation. You could potentially optimise your website, products and services for robo-callers. While this would include some already-existing white hat SEO tactics, to make sure your website is easily picked up through automated search, there are more ‘grey’ hat tactics that marketers could potentially use, for the AI assistants, revolving around conversational rhythms and dialogue pointers, to upsell the robo-callers.

While there has been a lot of debate recently, about data privacy, net neutrality and entities like Cambridge Analytica, those have still largely revolve around breach of textual data available in virtual conversations. AI assistants like Google Duplex are likely to add another reason of concern to the already-existing data privacy issues, from a consumer’s point of view.

With spoken language being the core of Google Duplex, marketers can potentially get their hands on even more, in-depth customer data, which could lead to microscopic views of customer journey and mapping, allowing marketers to improve their products and services through increased personalisation.

Google Duplex is set to launch in 38 states, by July 2018, though the technology might faces some delays based on local phone call recording laws. Like most new technologies, this too will take a while to show the adoption trends and functionalities, but by the end of 2018, we should be able to get a good view of its average use and utility.

Marketing communications plan: The RACE Framework and PASTA model, and how to use them

The RACE Framework and PASTA model are complementary models for your marketing communications plan, one is strategic and one is operational, get started today to win more customers Commercial as well as non-profit organizations, routinely confront these typical questions: Do …..

Business growth strategies for 2021: From startups to MNCs, how strategic marketing sustains growth

Strategic marketing is a key part of ensuring you achieve your business growth goals. Lead your team to accelerated growth through digital marketing It has been a challenging year for marketers, with market uncertainty, reduced budgets, and huge shifts in …..