To succeed your start-up must be lean. These are key principles to apply to marketing

Around the world, thousands of new businesses with exciting new ideas for original products start up every day. To say most of them fail is an understatement. The reality is the vast majority fail. Yet some go on to transform the way we live, eat, shop, work and pay for things. Start-ups are remaking the modern business landscape by disrupting established players. It's an exciting time to work for a start-up, or even better to be a founder. However, that doesn't change the incredibly slim odds of success.

Why do Start-ups fail?

Start-ups fail for all sorts of different reasons. But they all suffer from a set of problems which more often than not are the primary reason for their failure. Professor of Business Administration at Harvard Business School, David Collis, outlines these problems as suffering from a shortage of:

But most importantly of all he argues that start-ups need a strategy which helps entrepreneurs concentrate on what they do best, and avoid costly mistakes by knowing what no to do. The most common way start-ups fail is by failing to do this, as by doing so they leave themselves open to cost over-runs, poorly managed teams or unaccountable divisions. There are plenty of examples to point to of start-ups that have burned through their capital at a rate of knots and subsequently gone under. Sometimes these were businesses with innovative products that could have cornered the market, but failed because they lacked a proper strategy or cost discipline. We've seen some spectacular blow-outs in the past few years. In 2011, solar power tech start-up Solyndra filed for bankruptcy, after burning its way through $1bn in venture capital funding. And Better Place, a start-up provider of battery stations for electric cars, shut down in 2013 after losing $850m. In silicon valley 'Burn Rates' (Californian for how much cash they're losing) are currently at their highest since 1999, on the eve of the dot-com crash. So how can you avoid the losses piling up at your start-up, and instead manage the difficult transition to profitability?

The idea of running a 'lean' start-up is that you constantly learn and apply these lessons to the business, rather than focusing on implementing an overall plan that is conceived years before the implementation date and can quickly become out of date in a fast moving industry, particularly in the unpredictable world of start-up development. 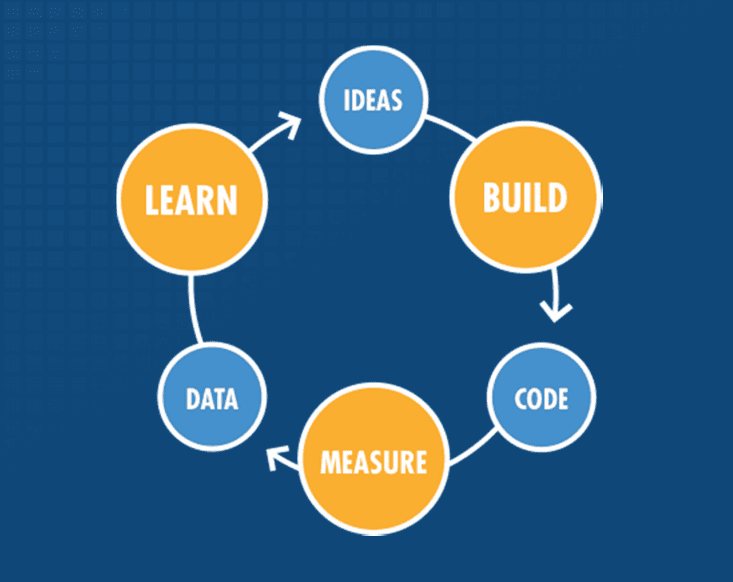 In his classic book 'The Lean Start-up' which fuelled the interest in 'lean marketing and analytics', entrepreneur Eric Ries puts forward 5 key principles which inform the lean start-up method:

These concepts are useful and make for great reading, but they're also top-level advice and can be hard to apply in practice. We recommend using them as a top level framework, but when it comes to making day to day decisions to keep your strategy on track and keep your start up lean, we recommend these additional key points from David Collis writing on Lean Strategy in the March 2016 Harvard Business Review. These relate to marketing decisions of new product development, lean testing through market research and distribution.

1. The opportunity cost of doing A is that you cannot also do B, and decisions are interdependent

In a small business with limited resources, committing to building one feature will mean others can't be developed. It may sound obvious, but to avoid cost overruns, delays and growing flabby, you need to always consider the flip side of every decision. If you tell your dev team of three coders to build an extra feature into the new app your building, you must make that decision at the cost of other features. That may well mean it is the wrong decision.

There are plenty of start-ups which have tried to develop products which do too many things and then flop. A great example of a start-up that learnt these lessons and did the opposite is Instagram. They originally built a mobile app-based social network which was built around checking into locations, making plans with friends and sharing experiences. They quickly realised users loved using it to share photos, but not much else. Instead of devoting resources to improving the features the app was originally built around, they scrapped all the features except photo sharing and built the best app they possibly could just around that.

They could have said let's try and make the best possible photo sharing app AND make the check-in features better. If they'd done that their resources would have been spread too thin and they probably wouldn't have been able to perfect the photo sharing element and Instagram would in all likelihood have been a flop. By realising the opportunity cost of trying to do both, they successfully pivoted in what later proved to be the right direction.

2. Simple Market tests can be useful, but can't always be relied on

Developing a product by coming up with a quick prototype, testing with users using a service like UserTesting.com or WhatUsersDo , going back to the drawing board and redesigning based on how users actually interact with a product or service is a great idea and a key part of the learn-startup approach. Doing away with it because it is slightly flawed would be folly. Yet it is important to recognise some of its limitations.

Market viability can also be tested through creating landing pages and then advertising a forthcoming proposition through targeting in Google AdWords or social media - another example of lean marketing to support a startup.

Sometimes quick, cheap experiments offer answers which don't fully reflect how the market will actually respond in the long term. Sometimes customers need time to appreciate the value of a new product, and vice versa, sometimes initial usage is a poor guide for future usage, as sometimes fleeting gimmicks lead to a rush of users which quickly dissipate. Groupon is a prime example of this. Massive early take up quickly dissipated when customers found that repeated use was uneconomical. Try to avoid relying on simple A / B tests, and where possible start up genuine conversations with users and generate qualitative feedback.

Start-ups have an advantage over the larger businesses they compete with in that they are more agile and can align the whole organisation to a given goal across marketing, sales and operation, which can be next to impossible in big companies. Every decision can contribute to the end goal if planned out right. From the type of people you hire, the way people are rewarded, the KPIs used, the IT systems like CRMs or Project management systems. If the end goal requires a product built with collaboration between many different teams, you can configure the whole organisation, even the layout of the building, to maximise collaboration. Similarly, if you find there are activities which are not contributing to the overall goal, then removing them can help boost efficiency and save money.

Of course, these three principles aren't the only ways to keep your start-up lean and ready to take on the established opposition. But we felt that this guidance from David Collis are useful principles to bear in mind when marketing and new product development decisions about the directions of a start-up or larger business.

If you have experience in using lean marketing techniques to grow startup businesses or apply to larger companies and have any principles to add, let us know in the comments.

This guide is for you if you’re looking to expand a small business using the power of low-cost or no-cost digital marketing techniques.