Ecommerce strategy
Chart of the Week

Chart of the day: User generated is the single most influential factor in determining purchase intent.

User-generated content (UGC) includes things such as photos and reviews sent in by previous customers. Nine out of ten (90%) of US customers who took a recent survey into UGC, said that user-generated content was the highest influencing factor when purchasing online. Search engine results came a close second. Promotional emails came third. It makes sense for SEO and email to have high influence, but this study shows that UGC is now heavily influencing shoppers, more than ever are buyers relying on reviews and the opinion of others. 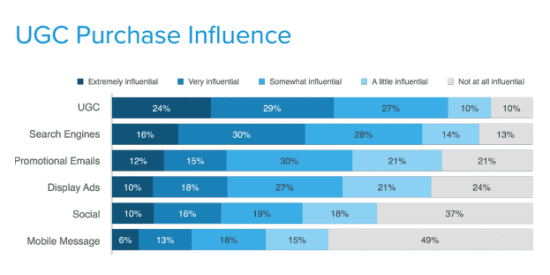 E-commerce 2021: The latest data and forecasts for all things online retail growth It’s interesting to look back at e-commerce growth over the last few years and think forward to the future of this industry. As demonstrated by these charts …..