Leadership expert Simon Sinek is perhaps best known for giving one of the most popular TED talks of all time, which you can view at the end of this post. The Golden Circle theory explains how leaders can inspire cooperation, trust and change in a business based on his research into how the most successful organizations think, act and communicate if they start with why.

I think that marketers will find the most value in his Golden Circle model, which helps give focus to how a business can stand out from similar competitors by communicating its differences. I was prompted to check it out after a workshop when discussing the importance of developing a strong digital value proposition as part of a digital marketing strategy a few years ago. One of the attendees working in B2B healthcare explained how they had used it with their agency to develop a more distinctive proposition for their brand amongst similar service providers. 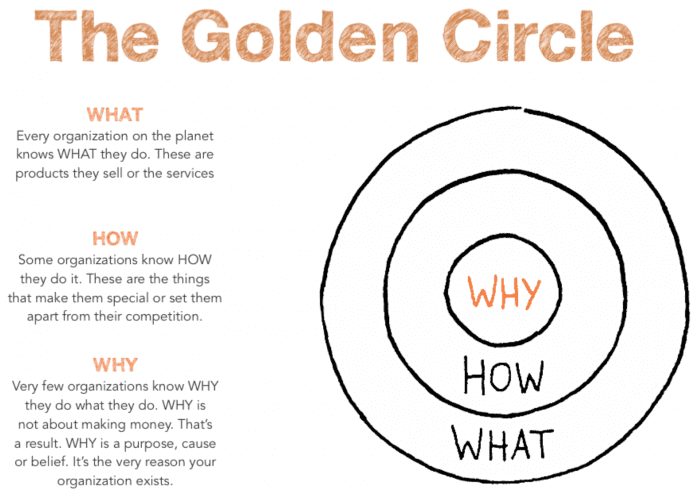 Sinek is the author of several books on the topic of leadership. These include 'Start With Why: How Great Leaders Inspire Everyone to Take Action', which first popularized his now-famous Golden Circle concept. You can read more about this model and his background on Start With Why.

Sinek's Golden Circle model is an attempt to explain why some people and organizations are particularly able to inspire others and differentiate themselves successfully. The neuroscience behind the Golden Circle theory is that humans respond best when messages communicate with those parts of their brain that control emotions, behavior, and decision making.

Sinek explains that 'Why' is probably the most important message that an organization or individual can communicate as this is what inspires others to action. 'Start With Why' is how you explain your purpose and the reason you exist and behave as you do. Sinek's theory is that successfully communicating the passion behind the 'Why' is a way to communicate with the listener's limbic brain. This is the part of our anatomy that processes feelings such as trust and loyalty - as well as decision-making.

Successfully articulating your 'Why' is a very impactful way to communicate with other humans, define your particular value proposition and inspire them to act. Sinek's theory is that communicating 'Why' taps into the part of the listener's brain that influences behavior. This is why the Golden Circle model is considered such an influential theory of leadership. At an organizational level, communicating you're 'Why' is the basis of a strong value proposition that will differentiate your brand from others.

Anthony Villis has a useful visual on the First Wealth blog relating the aims of the Golden Circle to the psychological response. 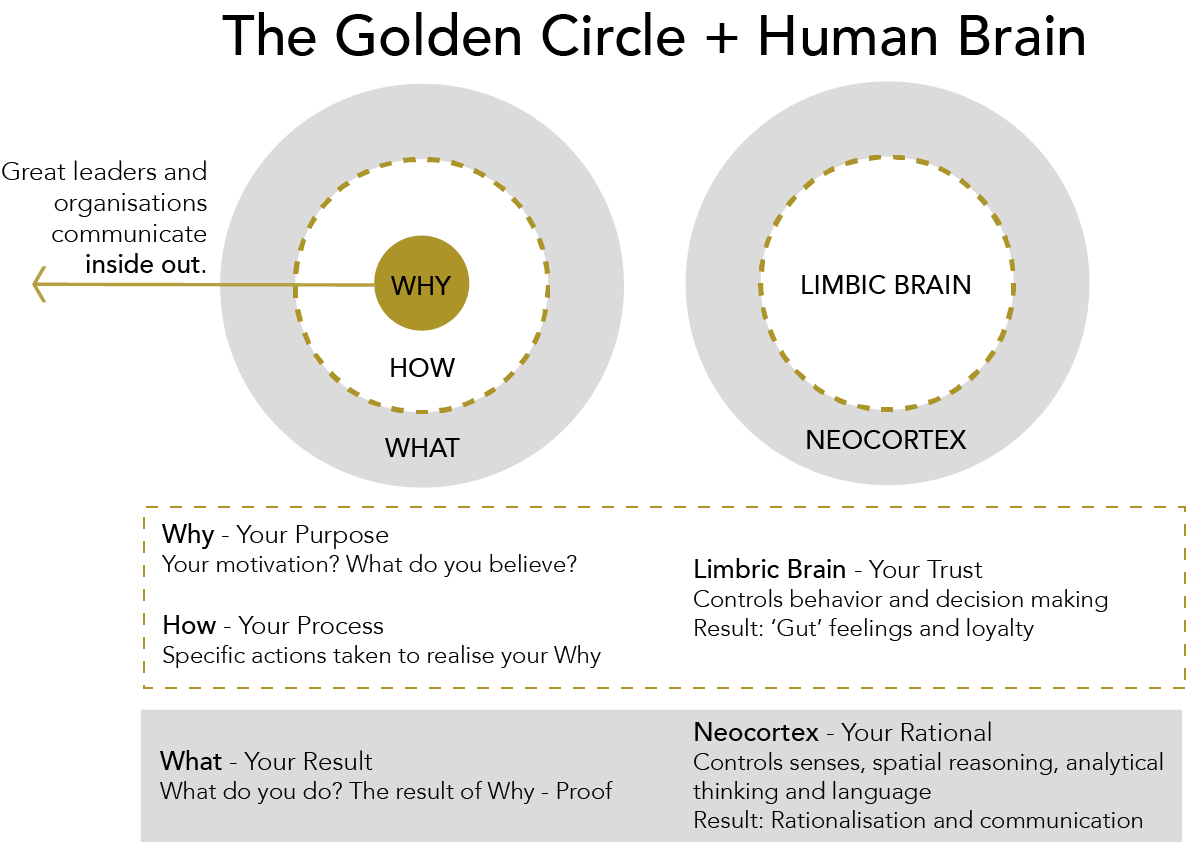 The organization's 'How' factors might include their strengths or values that they feel differentiate themselves from the competition. Sinek's view is that 'How' messaging is also able to communicate with the limbic brain - the important part that governs behavior and emotion. But his opinion is that organizations would do better to improve how they articulate their 'Why', in addition to 'How'.

It's fairly easy for any leader or organization to articulate 'What' they do. This can be expressed as the products a company sells or the services it offers. For an individual, it would be their job title. Sinek argues that 'What' messaging only engages with the neocortex - the part of our brain that's rational. His argument is that this part of the brain is less of a driver of decision making than the limbic brain: the part that 'Why' and 'How' reaches better. Successful people and organizations express why they do what they do rather than focusing on what they do.

Some critics argue that Sinek's Golden Circle model is actually just reflecting passion. Passionate leaders and passionate organizations express their commitment and enthusiasm authentically, and this is what inspires others rather than the manner in which they express themselves. Other critics argue that Sinek's theory implies humans don't use their reason at all when making decisions, which is debatable.

Find out more about Simon Sinek's Golden Circle theory by watching his talk at TED: