How to think like a Hollywood producer when marketing your video

You’ve got your cup of coffee in one hand and your prop list in the other. You still need to send out a dozen tweets and find a new actor because your top choice canceled at the last moment. Your director made some scripting tweaks that require rewrites. The list goes on.

Planning and marketing your video can feel like the opposite of Hollywood glamour. But when you boil it down, digital marketing and the movies actually have a lot in common.

Whether it’s a comedy that makes your cheeks sore from laughing or a tearjerker that leaves you blubbering in your car on the way home, great movies change viewers’ lives by taking them on an emotional journey. Your video can do the exact same thing by forming a relationship with attendees, providing a narrative that surprises and delights them and continuing the story after the video ends. 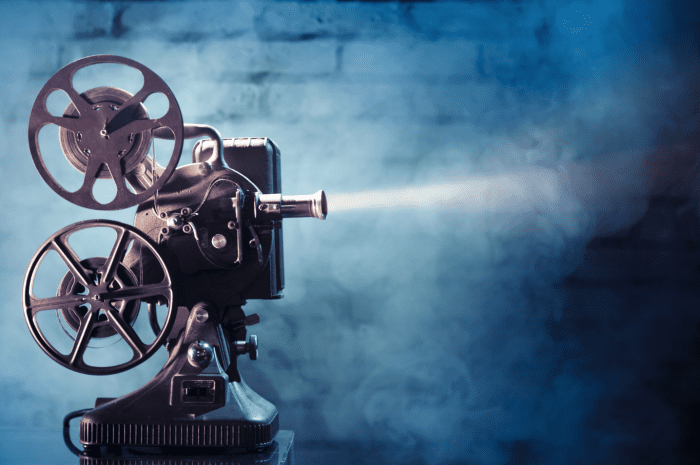 Like any good story, your digital marketing process should have three parts: the beginning, the middle, and the (it’s not the) end.

1) Plan your video with the end in mind. Great movies have endings that stick in your mind long after you’ve wandered out of the movie theater. The best producers consider the ending throughout every step of the production and publicity process.

Christopher Nolan, for example, began the film “Inception” with the idea that a talisman — such as Dominick Cobb’s spinning top — can distinguish between dreams and reality. An endlessly moving talisman likely means that a person is caught in a dream setting. As the film draws to a close and it appears that Cobb has escaped criminal charges, he spins his top again, but the audience doesn’t see whether it falls.

Audiences clamored for more information; they needed to know what happened to Cobb. Nolan, however, explained that the film’s theme was that reality is completely subjective — by the end, Cobb no longer wanted to know whether he was living in reality or a lifesaving dream. Nolan’s ending was able to impart his most important lesson: “All levels of reality are valid.”

With your video, make sure your audience is led on a journey from the get-go. Make sure it’s an ongoing experience that sticks with them through the climax and lingers in their minds after they reach the end. Every single thing you do should have your final impact in mind.

2) Forget sales. Focus on emotion. Moviegoers don’t care about box office sales or budgets. All they want to do is enjoy watching the movie.

Digital videos are no different. Instead of focusing on profit, focus on emotion. Don’t approach your video and audience as if they’re one-time transactions. Suspend your audience’s disbelief from the moment they click through. They should be living the story of your video, not being schmoozed as a consumer. This is how you’ll win them over.

3) Create curiosity, and build momentum. People were talking about “Toy Story 3” before the film even hit theaters, thanks to generation-jumping tactics like dating advice presented by Ken (of Barbie-and-Ken fame) and Facebook sneak peeks. Producers built anticipation by incorporating toys that were fan favorites into their digital marketing and engaging audiences with the continuing story from the franchise’s first two films.

You can easily do this with your video, too. Create mystery and anticipation, and build momentum with themed teasers.

3) Atmosphere means everything. Once your audience has clicked to watch your video, don’t let the mystique slip. A good movie keeps its atmosphere strong in every scene, using color, sound, and movement to excite the audience’s senses and keep them immersed in the world of the story. Put yourself in attendees’ shoes and examine every little thing they’ll experience. Music, lighting, and the overall atmosphere are critical. Find and address areas where the atmosphere lags.

This year’s film about Philippe Petit’s 1974 Twin Towers aerial walk, “The Walk,” is being lauded for its “astonishing recreation of lower Manhattan in the ‘70s.” Director Robert Zemeckis earned the Opening Night Film spot at the New York Film Festival by telling a story of a specific place at a specific time, creating a “spectacle” for the audience to become immersed in.

4) Be consistent and detail-oriented. Consistency and attention to detail are the keys to a successful theme. Just look at Warner Bros. Entertainment’s successful Harry Potter exhibition — a touring experience my company created and produced in partnership with the studio. We recreated the mise-en-scène of the movies and replicated the minute details of the beloved characters’ lives.

Don’t use neon colors within a dark thriller or thrash metal to underscore a romantic comedy video’s emotion. These details will seem odd to customers, and they’ll be less likely to follow the theme of your video — or finish watching it.

5) Leave them wanting more. Some of the best movies avoid wrapping up their endings neatly with a bow. Instead, they’ll leave it open for potential sequels and spin-offs. Use this technique with your video. Turn one-off viewers into loyal, captive fans by creating a journey that goes on and on. Make the final note of your video strong, resonant, and just slightly unfinished.

Lionsgate had to cleverly use cliffhangers to bridge its two-part films for the third book of “The Hunger Games” trilogy, but it also opted to use a cliffhanger to close “The Hunger Games: Catching Fire,” the film based on the trilogy’s second book. Director Francis Lawrence’s successful — and revenue-driving — choice was inspired by the ability of “Breaking Bad” to introduce “continually rising stakes” that left audiences hungry for more.

If you also decide to go for a sequel, stay true to the heart and tone of the story that made your video successful in the first place. Fans won’t stand for too much change. But keep the characters and storylines developing so there’s always something new for your audience to discover.

6) Listen to your audience. During and after your video, encourage your audience to provide feedback on their experience. If you’ve properly built an authentic relationship with them, they’ll feel comfortable sharing their genuine and unadulterated opinions with you. Take their compliments and concerns into account when planning your sequels.

Movies are a powerful medium. A digital video can offer an immersive experience that rivals the surround sound and 3D visuals of the movie theater. Wield this power like a blockbuster producer to take your audience on an emotional journey that brings your brand to life and keeps them coming back for more.

Thanks to Eddie Newquist for sharing their advice and opinions in this post. Eddie Newquist, chief creative officer at Global Experience Specialists, has more than 25 years of experience creating and producing events, exhibitions, attractions, and tours for Hollywood brands and studios such as Warner Bros., Disney, Pixar, 20th Century Fox, and Universal Studios.You can follow him on Twitter or connect on LinkedIn.