How many teens are snapchatting? #DigitalInsights

Here we're sharing some of the latest research from GlobalWebIndex. They regularly have specific reports on social platforms that aren't covered elsewhere. Globally 14% of teens are using snapchat, according to GlobalWebIndex, and in the US it's even more popular as 16-19 year olds are snapchatting. This growth is being seen across Europe; the UK and Irish Teens rank at the top for usage. It's popularity is a result of teens being able to hang out with their friends and mainly its 'fun appeal'.

Companies are realising the benefit as recently Alibaba has announced that it's planning to invest over $200 million dollars in Snapchat. So Snapchat appears here to stay as a tool for building relationships with the teens. Companies including the Co-op and Taco Bell have used it to try and engage the young audience. Last year UsTrendy.com, a fashion ecommerce site, gained 300% revenue growth by integrating Snapchat into their marketing strategy.

So if you are interested in using Snapchat to target the teens, this infographic takes you through the profile of a Snapchatter. 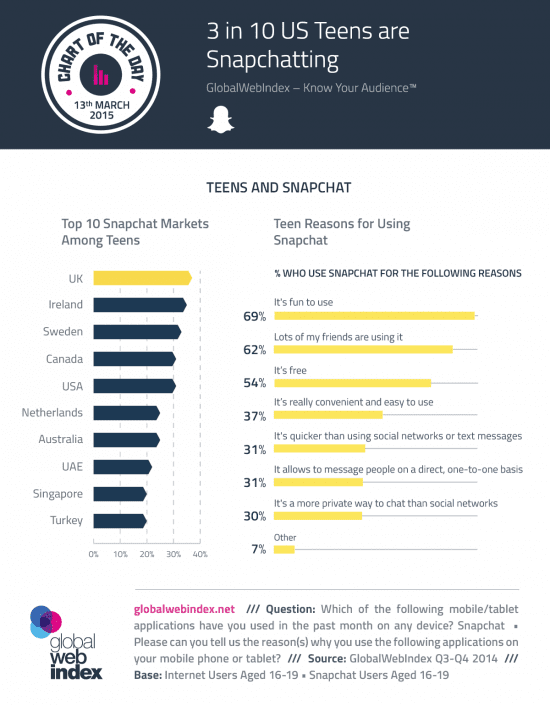