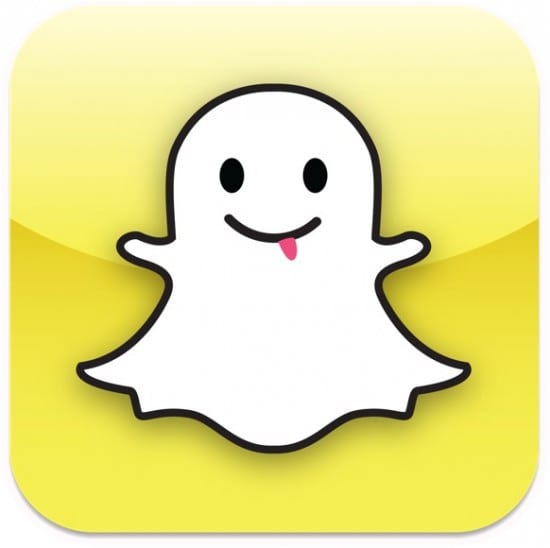 Have you heard of the photo messaging service Snapchat? You likely will have if you're a teenager or watch how teenagers use their smartphones. But if not, you may not have heard of it, since it's just 2 years since it launched. But it's definitely one to watch, if your brand needs to keep up with the social media engagement of the youth audience. These statistics on the popularity and potential of Snapchat speak for themselves:

It's a photo messenging tool/platform where images can self destruct in 10 seconds. Unlike Whatsapp, it allows users to send photos or video clips to their friends with a quick message and limit the time It’s viewed before it’s deleted – without leaving a trail. Well so we think! This is being disputed, as there are apps available which allow the photos and videos to be saved and some say there are still some flaws over Snapchat's privacy. 'Snapchat rose to popularity as an app that allows people to share pictures, safe in the knowledge they would delete themselves after being viewed'.

Some of the more agile brands are already using Snapchat for promotional campaigns though there is still the fear of fans using it for 'sexting' though some are embracing this, as the campaigns show:

The first UK retailer to use it for targeting students through a brand awareness campaign. Students using Snapchat are sent a discount code with a £30 reduction off their laptops, which ‘self destructs’ in 5-10 seconds. They have to opt-in by friending the Co-operative Electrical. It’s also promoted with a microsite to encourage Snapchat sign up. 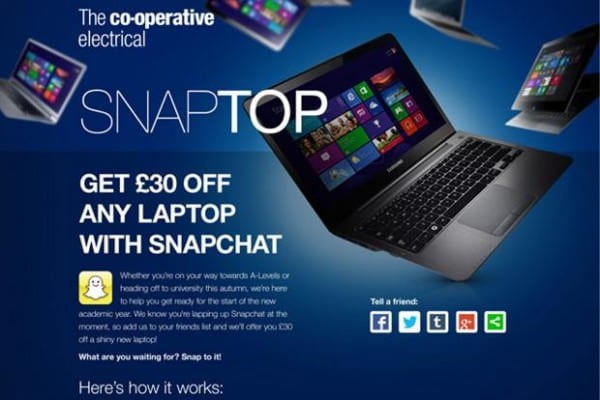 Unilever's Lynx campaign was to deepen fan engagement, by promoting exclusive information about their launch party to it’s core fans. Teaser behind-the-scene pictures were posted and their fans were encouraged to share their own images. 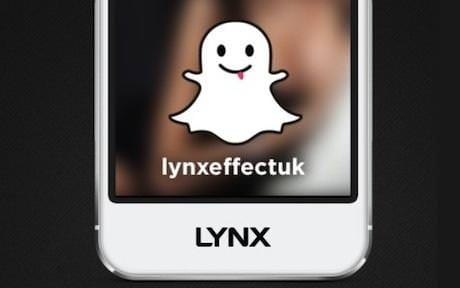 However, they anticipated they needed to address Snapchat’s reputation for ‘sexting’, as pictures could be 'risque', and 'on those odd occasions where responses were close to the line, responded with an image of the new Deep Space shower gel, urging people to clean up and take a cold shower'.

Taco Bell also used Snapchat to spread the message of their new Beefy Crunchy Burrito through Twitter to encourage fans to use Snapchat.

Though unfortunately, it didn't work as expected and fans are now sending random pictures! It showed great engagement that they have taken this on board for future campaigns which are now proving to be successful. 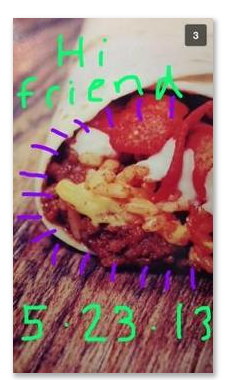 The aim of the campaign was to promote the new film for Swarovski Entertainment, with their teen audience. The Snapchat campaign shared daily images and videos with their fans who were ‘encouraged to try and catch a screenshot’, using hashtag #romeomoments. To add value 10 fans were awarded a swarovski pendant. 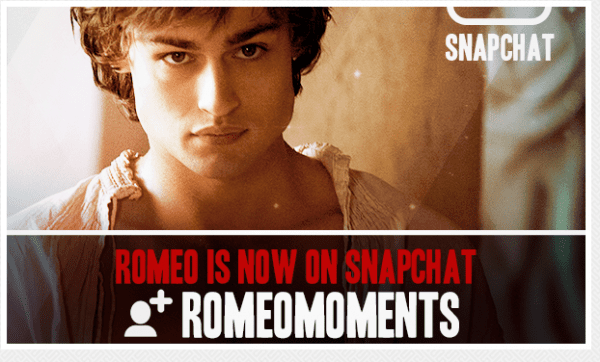 It was a successful US campaign, creating a real buzz as fans interacted with their own pictures and videos.

This clothing retailer has been more risqué with their use of Snapchat to their college target audience which is not for all brands. Karmaloop sent daily pictures of their products for new clothing lines, pictures of ‘scantily clad model’s' and exclusive discount coupons. It encouraged fans to post their own videos and images.

Even though it was 'risque' and engaged with the 'sexting' associated with Snapchat, it attracted more than 2,000 Snapchat friends.

Karmaloop's Marketing Director has backed this up and admitted 'Our snaps are not for the faint of heart—you got to be ready for a little bit of boobs and butt,' said Knisely. 'We’ve toyed around with a little bit of nudity, but nothing hard-core. We have played up the fun, sexy side of things.'

Some brands may say it's taken it too far and how do their monitor it! We are being less risque, and not showing these examples! 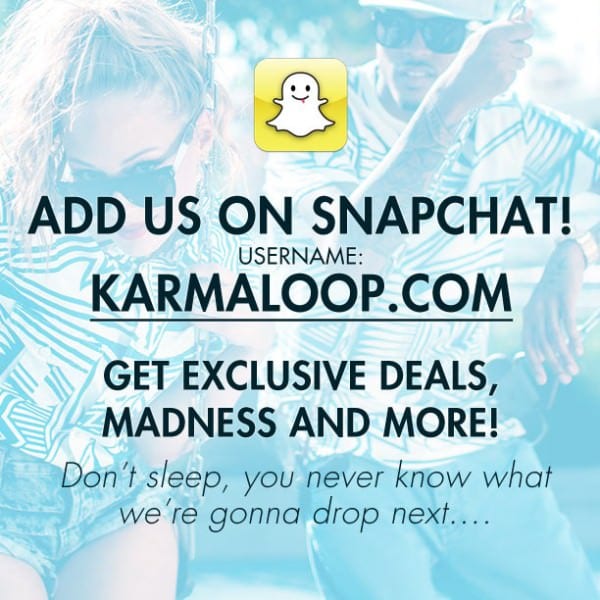