You'll know that Facebook is the largest social media network in the world with over 1.13 billion daily active users and 1.03 billion mobile daily active users. Advertising on Facebook has major advantages as companies can proactively target individuals based on their profile, that’s their gender, age, location and many other demographics. You can even target users based on their favourite TV programmes. Advertising IS Facebook’s business, looking at the revenue for the last quarter that was 6,239 billion US dollars, which represents a 63% increase since 2015.

Whilst Facebook captures more data than any other network, it has detailed policies on how the data can be used. It states “Advertisers are responsible for understanding and complying with all applicable laws and regulations. Failure to comply may result in a variety of consequences, including the cancellation of ads you have placed and termination of your account.”

If you’re interested in learning more, you can read Facebook’s full policies here.

Advertisers don’t gain any of the data unless an individual decides to click on an ad and subsequently share more information, say on a website. So one of the only ways to access the full range of Facebook data is to create an app.

Creating an app is a major undertaking. It takes months, costs tens of thousands of pounds and may not achieve the desired results.

UK insurance company Admiral built an innovative app aimed at younger drivers which had a value proposition of offering discounts based on improved knowledge about the insurer's risk by accessing the social media profile for drivers asking for quotes. The issue was that it was claimed they would conduct content analysis on people’s posts to assess what they would pay as a young driver. In fact, this feature was optional, but that hasn't been enough to apparently kill the project.

The initiative, called firstcarquote, and was officially meant to launch this week but that was delayed at the last minute on Tuesday night. Dan Lines, the project lead at Admiral described the aim of the project:

“This is very much a test product for us. This is innovative, it is the first time anyone has done this,” he said. “It is a test, this is early days. The data will only ever provide a discount. We will work through that and learn more.

“I think the future is unknown. We don’t know if people are prepared to share their data. If we find people aren’t sharing their data, then we won’t ever get to consider that [expanding firstcarquote].” 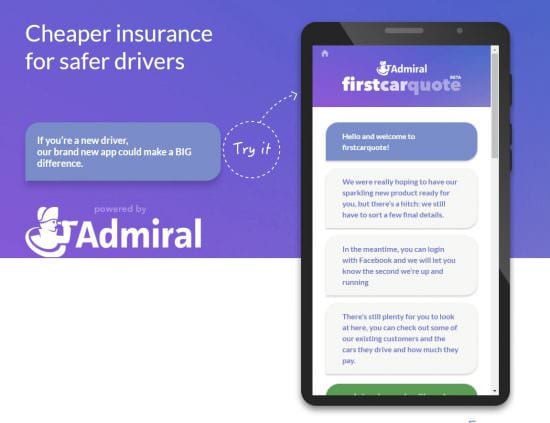 The project is an interesting example of a social media and mobile focused campaign. They could easily use Facebook ads to generate awareness of the app. The first step is to agree the objective of the ad campaign – it this case it would be ‘app installs’. The second step is to select the target audience. Insurance is a location-based product, so Admiral would start by selecting ‘UK’ which would give them 31 million people. That’s a large audience and an expensive one to target, so the next step is to narrow the audience down, using demographic filters. If I scale down to a specific age range of those aged 18 to 22, this reduces to 5.2 million people. 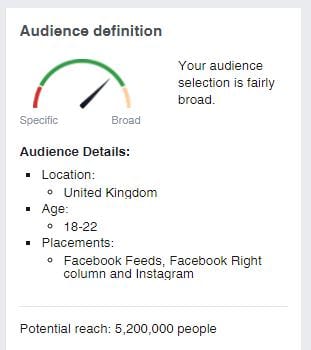 The aim was to advertise the app to this group. This is a straightforward process in the Facebook ads panel as it’s a specific objective that you can select. 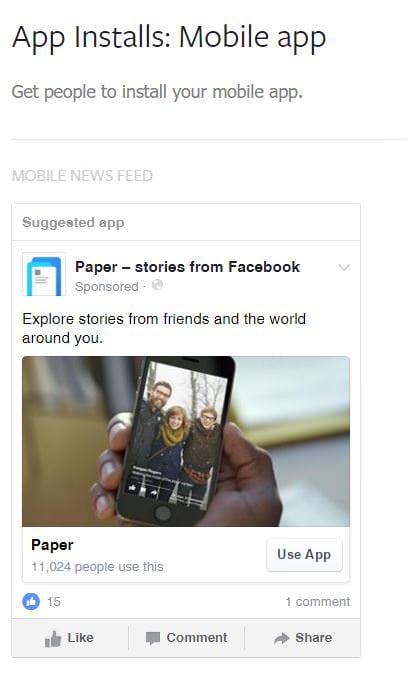 Admiral would need to use some form of rules-based Artificial Intelligence to mine the content in the individuals’ posts. You may wonder how the app can see the posts, well if you’ve downloaded an app (Candy Crush, Funky Pigeon, EventBrite, Pinterest, Instagram and more) you have probably allowed the app permission to gain access to certain data.

For example, apps can gain access, with your permission, to a wide range of your data, including:

This will enable the insurer to examine posts and likes by the Facebook user, but  not photos, looking for habits that research shows are linked to these traits. These include writing in short concrete sentences, using lists, and arranging to meet friends at a set time and place, rather than just “tonight”.

In contrast, evidence that the Facebook user might be overconfident – such as the use of exclamation marks and the frequent use of “always” or “never” rather than “maybe” – will count against them.

Facebook is very transparent about the data collected and they say:

The challenge is that many people are keen to download apps and ignore the terms and conditions. If you want to change what apps can see, go to settings and apps. You’ll need to edit each one separately.

The first surprise, is how many apps do you have? 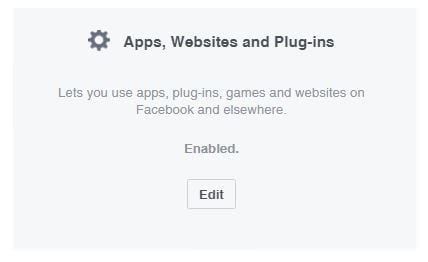 Facebook is a data goldmine. We live our lives online and we’re happy to share data but there is the concept of the ‘uninvited brand’ where brands appear in our personal social spaces and we don’t find it useful or relevant. Facebook understands this and allows you to mark ads as ‘not relevant’ and now shares a ‘relevance score’ with advertisers. It also has really strict rules “We do not use sensitive personal data for ad targeting. Topics you choose for targeting your ad don't reflect the personal beliefs, characteristics or values of users.” So when advertisers like Admiral abuse this agreement, Facebook will remove their access to the data and could even block then from using the site.

What I have found amazing is that Admiral probably used a third-party development company (unless it was an in-house build which is unusual) and that company didn’t advise them that they could not gain the data they wanted! Either way, it’s likely that as Admiral start a new campaign, users will vote with a quick swipe to say, ‘this ad is offensive’.

Admiral has created an app that can’t be used as intended, generated negative publicity and the company is in crisis PR mode, working hard to deny that they won’t use personal data, as you can see on Twitter: 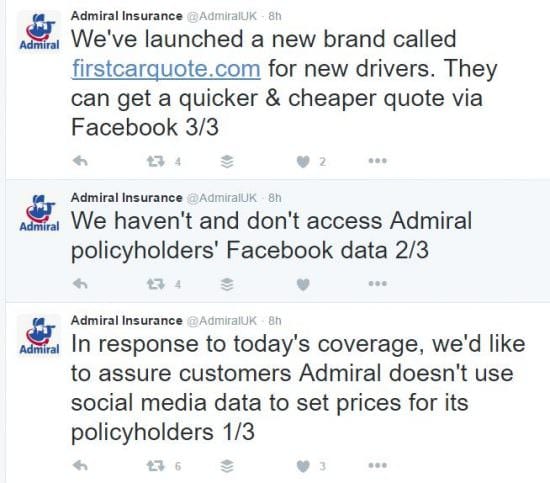 It will be interesting to see whether the problems besetting this project may put off other insurers. Life insurers have been using smartwatches and fitness trackers to monitor people’s health. For example, Vitality has an activity tracking policy which is currently selling the Apple Watch to health and life insurance customers, with the final price dependent on how much exercise customers do while owning the watch.

Annmarie Hanlon PhD is an academic and practitioner in strategic digital marketing and the application of social media for business. Dr Hanlon has expertise in the strategic application of social media for business and the move from digitization, to digitalization and digital transformation for business. Her expertise spans consumer touch points, online customer service, the use of reviews, the role of influencers, online engagement and digital content. You can follow her update on Twitter https://twitter.com/annmariehanlon

Discover your top customer experience (CX) issues quickly How do your customers, both current and prospective, really feel about the experience they’re having with your brand? How can you best measure this? In this post, I share three cost-effective analysis …..

The four key types of customer data for marketing or… how valuable is knowing my customers pet’s name?

A comprehensive checklist for auditing different customer data types in a CRM or Email marketing system In today’s world of ever-increasing data availability, volume and variety the challenge to know which data is valuable to you is a key step …..

Chatbot increases conversions, not just dialog, which is why you need to understand how best to use chatbots Live chatbot is not just for customer support anymore; it’s a proven engagement and revenue booster. Kayako.com shares some compelling statistics that …..