We're all familiar with those 'around the web' sections featured at the bottom of articles in many news sites. These 'advertorial' boxes can sometimes show dubious content which hasn't been short of criticism, specially among the editorial stuff of leading publications. However, the reality is that they're a significant revenue stream for some of the biggest media sites in the web. While the proliferation of content recommendation engines as a monetization tool for sites of all sizes has been remarkable, recently Slate.com and The New Yorker decided to drop them due to links that can lead to questionable websites, run by unknown entities.

The results show that over 50% of the Top 100 Media Sites in UK use one (or more) content recommendation engines. Outbrain and Taboola are the two undisputed market leaders, with very similar market share.

What's more, the landscape for content recommendation engines shows no sign of stopping. When looking at the Year over Year growth to understand if publishers are dropping these platforms from their sites, SimilarTech's data shows a clear upward trend for the trend shows that in fact, they're still growing tremendously. The growth trend for the two market leaders in terms of customers among the biggest 10k sites over the past 12 months sows an uplift of 34% and 65% for Outbrain and Taboola respectively. 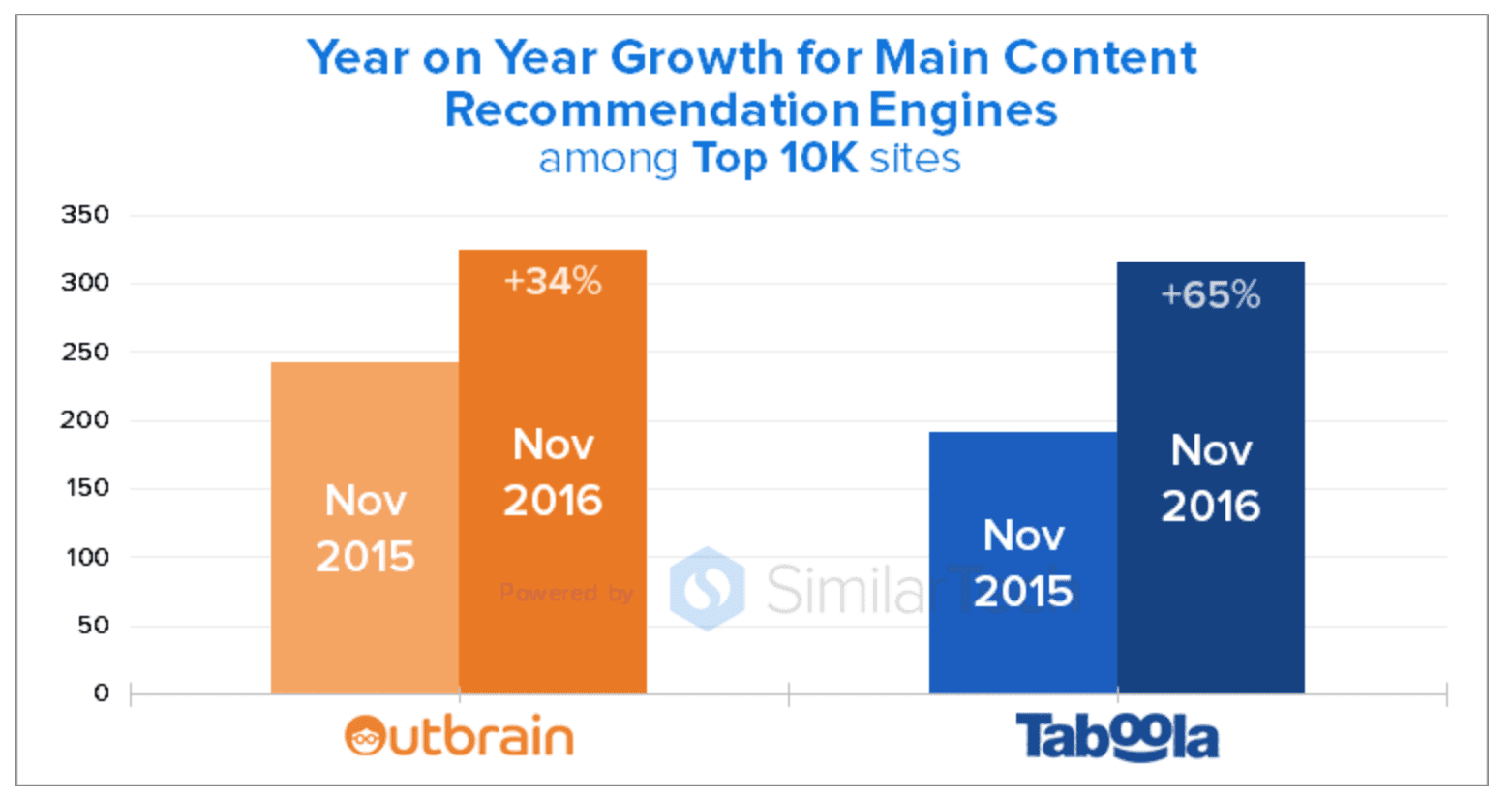 While this data depicts the trend for the biggest publishers, it's important to take into account that over 300,000 sites across the web have already included content recommendation engines as part of their marketing toolkit to navigate audiences to other content from their site and keep them engaged for longer or to monetize visits with 'click-enticing' stories from "around the web".

As many publishers still struggle to monetize their online content and keep customers engaged, it'll be interesting to see if content recommendation engines can sustain their meteoric growth in 2017 as well as which new solutions they'll bring to the table.

Thanks to Daniel Buchuk for sharing their advice and opinions in this post. Daniel Buchuk is a marketing and communications adviser for several B2B tech companies around the world. You can connect with Daniel on Twitter or LinkedIn.