As well as numerous Christmas campaigns launching over the last week, there have been changes to social media platforms, more research commissioned that could affect online advertisers and research that could change how you target audiences in videos and via podcasts. A popular sausage roll company also made headlines with a cheeky stunt to make the most of a famous Christmas window.

Here are six news stories from this week that could help you come up with some marketing campaign ideas and inform your future strategies, as well as keep you up-to-date on the digital industry. 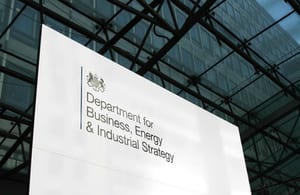 The UK government is set to look into how personal data is used by online retailers to target customers with individual prices for goods.

Currently, individual pricing is used for a range of purchases, including holidays, hotel rooms and household goods, meaning that many customers could be paying different amounts for the same product or service, with the price based on different customer journeys.

Research has been commissioned by the government and is being supported by the Competition and Market Authority (CMA) to explore how much this practice is used. It will also look at the ways advertisers are currently able to use customer data to offer “dynamic pricing”.

The CMA wants to ensure that the system in place is as fair as possible for all customers.

Business Secretary Greg Clark said: "Ensuring markets work fairly and in the interests of consumers is a cornerstone of our modern Industrial Strategy, and I am proud to say that our consumer protection regime is among the strongest in the world.

"UK businesses are leading the way in harnessing the power of new technologies and new ways of doing business, benefitting consumers and helping them save money. But we are clear that companies should not be abusing this technology and customer data to treat consumers, particularly vulnerable ones, unfairly."

It has also been announced that the Financial Conduct Authority will be investigating the issue of personalized pricing for home and car insurance after it was found that hidden discrimination is used to offer better prices to some customers.

Greggs reverses logo to make the most of popular Christmas display

Greggs is no stranger to fun publicity stunts and its latest has drawn a lot of attention. One of its Newcastle stores happens to be across from Fenwick’s famous Christmas window and, to capitalize on this, the brand has flipped the store logo.

While the move may look odd if you’re looking at the shop, it means that the Greggs logo is perfectly reflected in the Fenwick’s window. Not only is this visible in person, but it can also be spotted in the numerous photos of the window display posted to social media, effectively advertising the company.

The decision to reverse the sign lines up nicely as Greggs has just released its Christmas menu items in stores.

Facebook's new tool for showing who is paying for political advertising on the social media platform within the UK has been delayed. It was intended that the tool be rolled out on November 7th, but Facebook has pushed this back after flaws in the system were uncovered.

Its new transparency tool was intended to show voters in the UK which political parties and organizations were paying to influence their decisions via online marketing. Facebook had intended to release a library of political ads that would show who had paid for them on the platform and Instagram.

In order to buy a political ad, users will also need to verify who they are, their age and their location. Facebook has said that for ads of a political nature to be approved, those buying it will need to provide a form of photo ID and also use direct mail to confirm their address.

However, Facebook told the Guardian that the rollout has been delayed until next month following a number of news outlets exposing flaws.

Business Insider was able to purchase anti-Brexit ads under the guise of Cambridge Analytica, the analytics firm that is banned from the social media platform. Vice in the US was also able to buy ads using the name of every current US senator, the Islamic State and vice-president Mike Pence. These ads were all approved by Facebook and added to the ad library.

"We have learned that some people may try to game the disclaimer system by entering inaccurate details and have been working to improve our review process to detect and prevent this kind of abuse," said Facebook in a statement.

"Once we have strengthened our process for ensuring the accuracy of disclaimers, we will be introducing enforcement systems to identify political advertisers and require them to go through the authorization process." 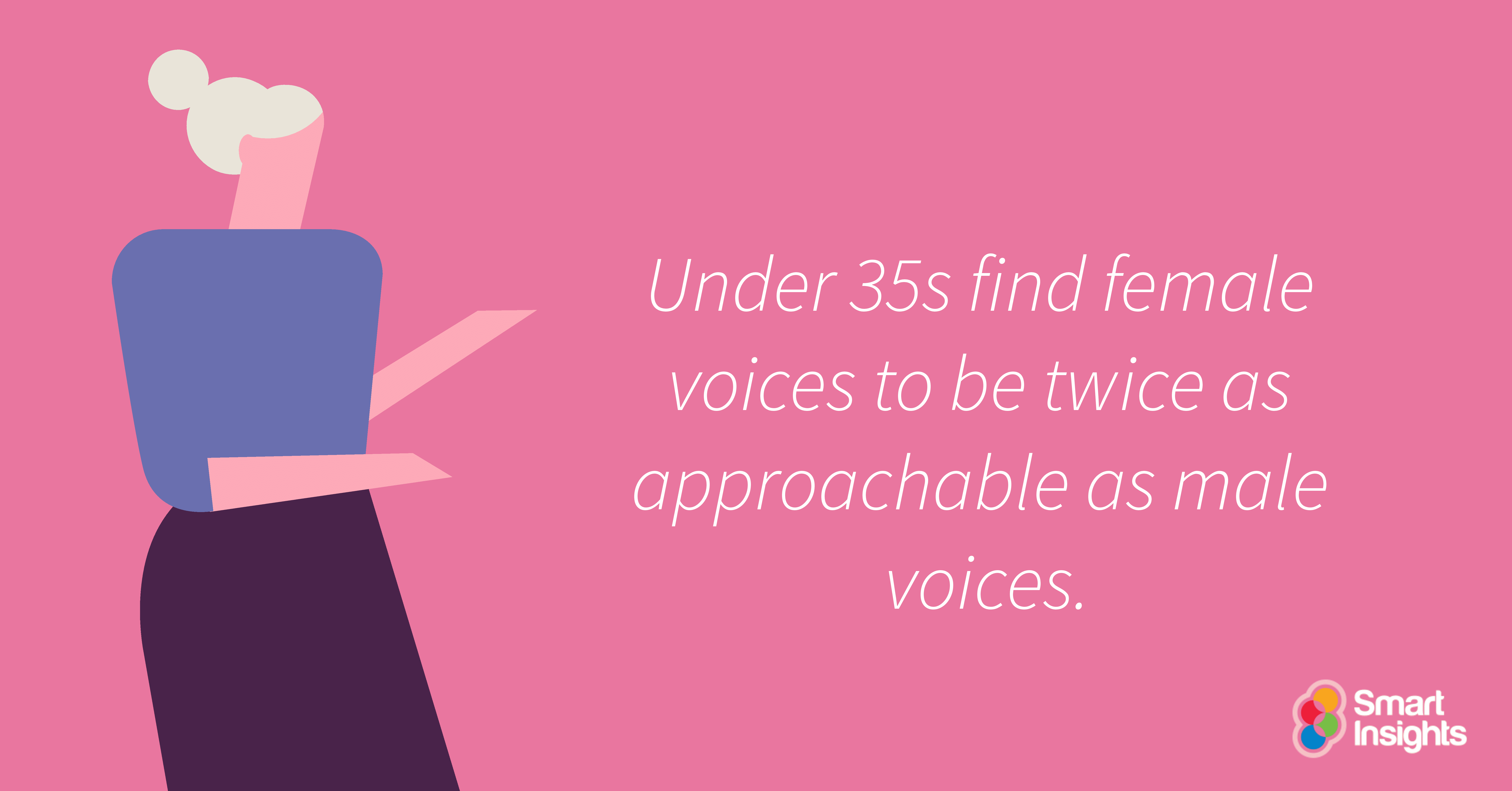 Female voices on digital assistants favoured by under 35s

Young people are more likely to have a positive bias toward female voices when it comes to digital assistants and radio, a new study has found.

Neuro-Insight, a neuroscience firm, and Mindshare, a marketing agency, observed 105 individuals’ (aged between 18 and 65) subconscious reaction to assistants with both male and female voices using brain screening technology.

In comparison, while those aged over 35 found the female voice more approachable, they found the male voice to be 25% more compelling.

“The differences of response that we observed were clear and compelling. Although in the past male voices may have had more authority, as evidenced by older people’s reactions, it’s apparent that this is no longer the case for the younger generation. Brands that understand the true impact of different voices amongst different demographic groups have a powerful potential source of competitive advantage,” said Heather Andrew, CEO of Neuro-Insight.

While the findings could provide some insight into the success of assistants like Siri and Alexa being gendered as female, they also show that brand will need to carefully consider the voices they use when targeting certain consumers or creating advertisements for specific purposes. 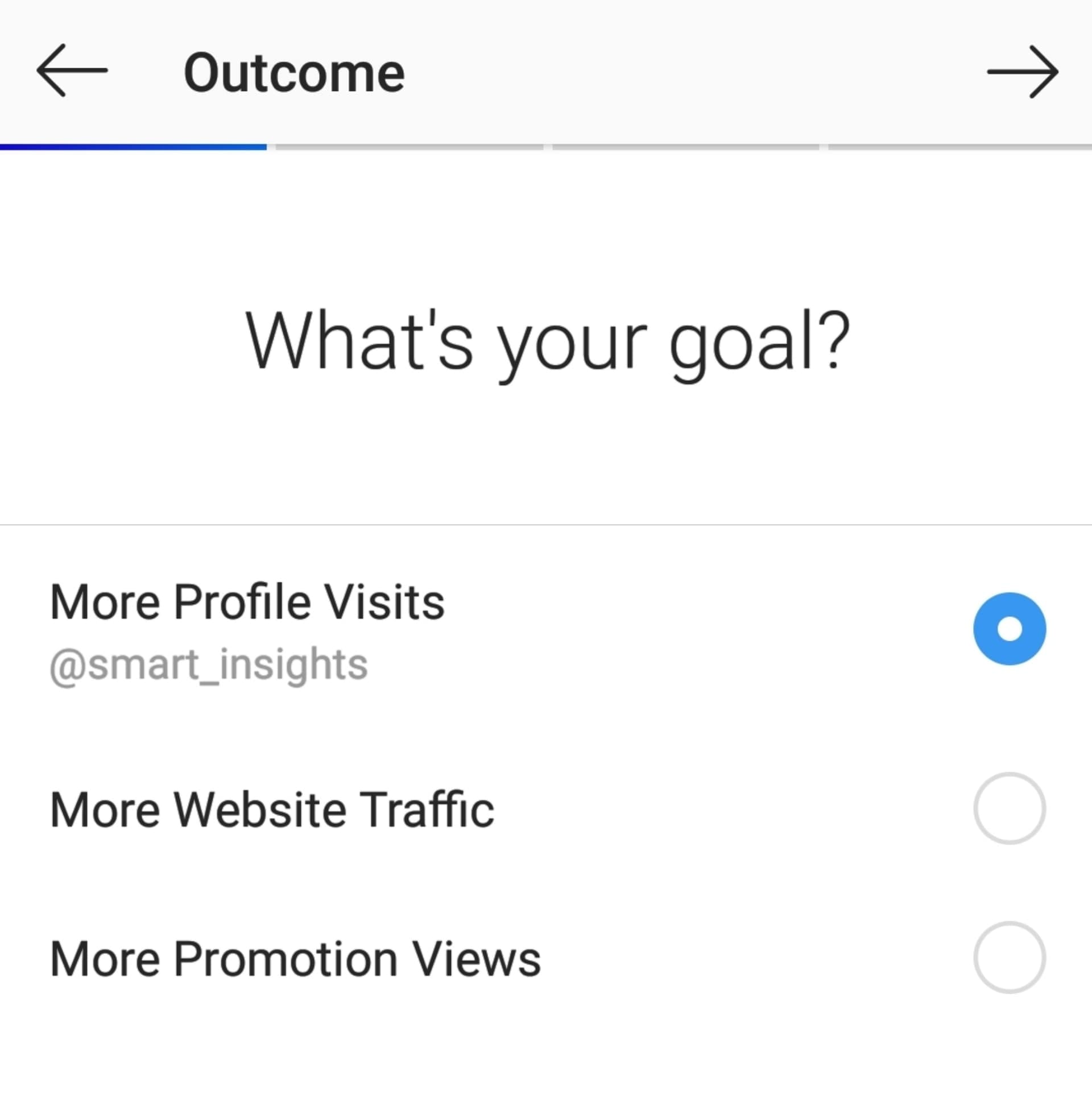 Instagram is now testing a new ad type on the platform allowing business pages to promote their Stories, according to TechCrunch. The new type of ad allows brands to show their Stories to more users quickly and easily.

Pages are able to auto-target Instagram users who are similar to their followers or use targeting parameters to specify the desired audience. Their Story will then be added to the Stories queue for more users as an advert, which will also link to the brand’s website or Instagram page.

Speaking to TechCrunch, Instagram confirmed that the bases of Promote for Stories is similar to the Boost function on Facebook. This means that businesses can pay to instantly show their posts to a greater number of users.

Currently, the Promote function is being tested globally, although there is no date for 100% rollout.

Rather than having to design targeted ads, Promote will enable brands - especially smaller businesses - to turn existing content into ads on the social media platform.

This change will mean that advertisers no longer have to start their campaign by choosing an ad format, instead, they begin with their objectives. The alteration means that LinkedIn is now following in the footsteps of Facebook, Google and other ad platforms.

Businesses can start to make the most of the changes this month, defining their specific objective to enable them to build the right kind of a to achieve it, as LinkedIn’s ad platform will only provide ad units that apply to their chosen objective.

A LinkedIn spokesperson said: “We have ‘flipped’ the entire experience - instead of beginning your campaign creation process with a series of products to choose from, advertisers are now asked to define their goals and objectives for their campaign and our UI guides the user to build out their campaigns from there,”

As well as changing the experience of ad creation, LinkedIn has added new features to its Campaign Manager. A forecasting panel will show the estimated ad results, based on comparisons to similar campaigns created by other advertisers. Ad builders will also be able to preview what the advertisement looks like as it is being built.