Not a major update likely to impact rankings as the headlines suggest?

Mainstream media such as the BBC have picked up on what they call a "Major Upgrade to Google’s Search Alogorithm". This sounded like something we should alert readers too particularly since it is said to affect 90% of users. However, it has been in place for one month already, so this suggests it won’t have a significant affect on rankings otherwise the impact would have been seen already.

It was announced in a slightly bizarre way, not through consumer-facing Google’s Inside Search blog which covers big announcements to the interface or consumer algorithm or Webmaster Central which alerts about algorithm changes limiting spam which have a major impact on rankings such as Panda and Penguin.

Instead it was announced at what the BBC called “an intimate press event at the Silicon Valley garage where founders Sergei Brin and Larry Page worked on the launch of the search engine, which is fifteen years old on Friday.”

Digging more, it seems that Hummingbird is focused more on how users search queries are processed for a more intelligent understanding of search requests related to Knowledge Graph. Reviewing the recent Inside Search Post - celebrating 15 years, it seems from the examples that this update is more around developing Google’s natural language capability than a ranking change. It gives this example:

“We keep expanding features of the Knowledge Graph so it can answer more questions—even those that don’t have a simple answer. Let’s say you want to get your daughter excited about a visit to the Met. You can pull up your phone and say to Google: “Tell me about Impressionist artists.” You’ll see who the artists are, and you can dive in to learn more about each of them and explore their most famous works. If you want to switch to Abstract artists, you can do that really easily with our new filter tool”. 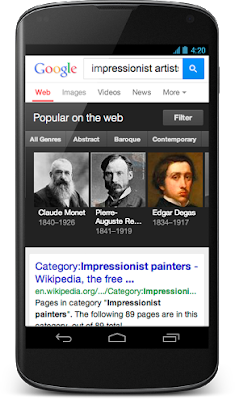 The Inside Search Blog also gives this example of a comparison query, which is live on the Desktop version of .com too. 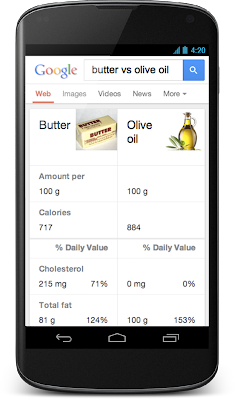 These examples suggest this algorithm update mainly targets “information reference” queries rather than “product or service purchase intent” queries so this is NOT an update that needs further investigation by marketers. If you do want to know more then see this Search Engine Land FAQ by Danny Sullivan.

It seems to me Hummingbird was just something interesting to talk about at the PR event for 15 years of Google. Happy Birthday Google by the way - I’ve been using you for 15 years now! This is what’s changed… 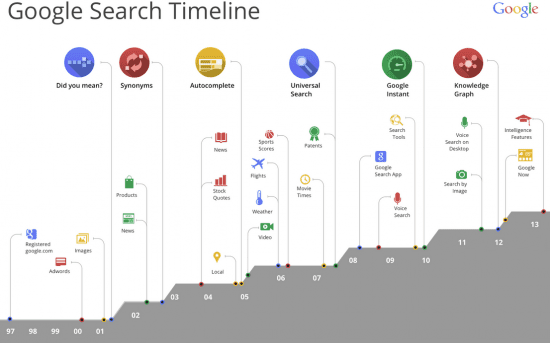