The top 10 most meaningful brands in the world

"Move from [product] differentiation to actually making a difference" Umair Haque, the director of the Havas Media Labs and Harvard Business Review blogger

Earning your way into a consumer's heart is something that we know is important. Helping consumers feel something positive is the goal, convincing someone of purchase can only be an easier win as a result, surely?

The case for this being important, I think we'd agree, has never been as strong, when so much of marketing success hinges on forming connections with consumers, earning even seconds of their valuable time.

This at a time when despite the billions of £/$'s spent on marketing, Haque's latest report states that consumers just don't care - 73% of people don't care if the brands in their life disappeared tomorrow. Ouch, and yet so obvious. If consumers are that indifferent, then we have to make them feel, we have to add real value.

"The real story of the global economy is this: institutions aren’t delivering the level of well-being that people want, need, and expect… The next global economy isn’t just about stuff, it’s about human lives." Umair Haque, Director of the Havas Media Labs

An increasing group of companies are striving to focus on improving lives - whether they plan to our not. These companies are leading the Havas Media’s second annual Meaningful Brands Index, which was released today. I don't doubt the effectiveness of this, though I do question how many of the brands in the top 10 are on there! It got my attention because of one reason, there's a related financial result: The Havas index Brands would have outperformed the stock market by 120% last year.

Proof in the pudding? You'd have to say so. This year's expanded survey, involving over 134,000 people in 23 countries and their impressions of more than 400 brands confirmed the learning from last years findings. Confirming that Brands that "make life better" are thriving. Brands that don’t are being punished.

"Instead of putting up another campaign of billboards with celebrities saying 'Buy our shoes, they’ll turn you into a master runner,' Nike+ actually helps makes you a better runner. That’s a constructive way to build a meaningful brand." Umair Haque, Director of the Havas Media Labs

It's important to recognise that we're not talking worthy brands here (after all - consider those on that list), it's not about improving the world, more a case of being perceived to improve someone's life, which may or may not involve the former. Haque also points out that 'improving the world', the environment or society is becoming more important.

Interestingly though this years list features Google in first place, then: Samsung, Microsoft, Nestle, and Sony. I'm unsure why Sony over Apple, though given the global nature of the survey Apple likely remains more for developed markets, with more disposable income, maybe that's why? Anyway, not obviously meaningful, so maybe there's hope for the rest of us yet 🙂

So how do you create a brand that matters?

Haque, as experts before him, is saying that we need to move out of the industrial age of outputs, new widgets and just selling more 'stuff'. We need to move brands - as the bridge from product to consumer - to being useful with tangible human benefits. This is a big, big move for most. A total re-think in how the business thinks and, the elephant in the room, what shareholders want to see in 'return' this year often works contrary to such lofty goals.

After all, the short term, factory output thinking is born from a system designed to reward the opposite to what Haque is saying - "That requires rethinking organization, strategy, and especially marketing. It means rebuilding organizations to measure and track human well-being. It means crafting a human strategy, to deliver higher levels of well-being across a company’s constituencies, at two, five, and 10 year intervals. And it means investing in marketing which doesn’t merely promise shinier stuff to people--but ignites higher levels of human potential in them."

I find it inspiring that brands can start simple. Whether it's IBM's smart and useful advertising, designed 'to help people'...

It's simple, isolated, useful marketing. Marketing worth talking about? Will your brand win a meaningful award? Probably not, but it's the principal and the above two examples are a start - this doesn't have to be a quantum leap in product development initially, though of course smart marketing can only go so far.

I think Dove are, from a marketing stand-point, a great example. After all it's just soap. Yet after seeing the latest incarnation of their campaign a few weeks ago I have been meaning to write about them, their position on the Havas list just compels me further. This is for one simple reason… it's rare to see a brand genuinely own an emotional benefit that matters, in my opinion.

Can you think of another one easily? Dove keep building on their central emotional benefit, as a result the brand is increasing its' momentum online. Trying new channels and tactics such as Tapestry.

The secret is knowing your customer, clearly Dove do. They've found an insight that aligns with their brand and makes people feel connected to the brand, and each other. To stand for something that resonates so strongly and comes across as genuine. Women can believe in Dove's marketing as a result. The evidence is that this video has been viewed almost 55 million times in the past 60 days, it was views 27 million times in the first 10 days. 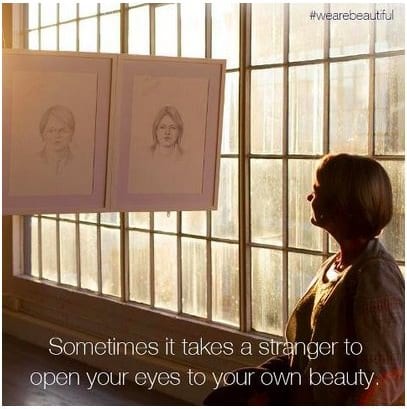 It's arguably a little contrived, possibly even negative in that they're, we could argue, creating a problem in order to solve it? It's a hard line for a brand to walk though. That said, the sheer volume of numbers and interest appears to tell us that the brand is resonating with an audience, on a scale a super brand would die for, so who are we to judge. The results speak for themselves.

The campaign goes beyond the YouTube clip. It’s been shared on Facebook thousands of times, and users — including major women’s media brands — are tweeting about it or using the #wearebeautiful hashtag on Twitter. Not to mention all of those in-person conversations that can’t be captured online or quantified 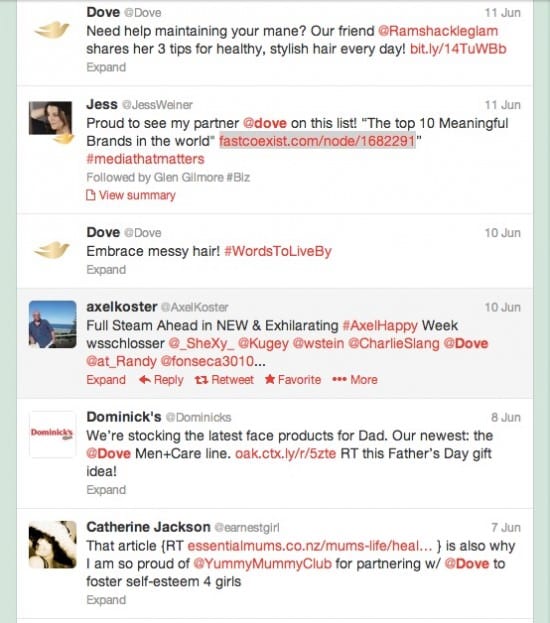 Will it drive sales?

Of course this is what Dove want to know, and as a marketer always keen to learn, I do to! Time will tell and we will follow this up to answer the question. What we can feel assured is that Dove will earn more valuable attention, a number of people will now feel something when they see instore promotions and they are very likely going to have a more time for Dove the next time that the brand has something to say. It's apparent that Dove is building relationships with existing and potential consumers.

A final word from the Havas report's author, Umair Haque

Though it seems unrealistic to imagine a world of brands that only positively impact lives, it's realistic for many. The nasty, cheap companies that rip off and cheat will always exist. And let's not forget politics, with Google (amongst other tech giants) possibly implicated in the NSA scandal - we'll likely always have government supporting rip-off and disliked sectors such as fuel, finance and farming, and it appears, manipulating the tech industry too.

But maybe we can take inspiration from Dove, or IBM even, to start with our marketing, start change and make the negative the unusual. Haque thinks so, "Those that can do so successfully will probably build the great brands--and the great institutions--of the 21st century."

What do you think - is 'meaningful' the way for successful marketing in the future?

If you're interested in Haque's book, find that here: Betterness: Economics for Humans.

Updating approaches to your online branding for the digital world Brand is No.1 I want to start with a bold statement.  The online brand is the single most important element to a business or organization. If you think about what …..