Find out all about some of the big marketing, social media and advertising news from the last week in our latest update.

The end of 2018 saw Instagram start it clamp down on “inauthentic” followers after pressure was put on by advertisers. However, data from Points North Group has suggested that Instagram’s efforts have had little effect.

Instagram said that it would be using AI to remove fake followers attained through third-party apps. These types of apps are used by some influencers to make their profile look like a good option for advertisers due to high follower counts and engagement.

Despite efforts being made to get rid of fake accounts, Points North suggests that the worst offenders haven’t really been affected. According to its data, accounts that have mostly fake followings haven’t seen any reduction in their follower count.

Contrasting this, Instagram has said that it has seen promising results since starting its crackdown A spokesperson told The Drum: “This report does not reflect what we know to be true about our progress. Nobody likes receiving spammy follows, likes and comments, and we’re committed to continuing to improve in this area.”

Points North looked at data gathered from 500 influencers that were thought to have fake followers and engagement. The groups own technology found that the majority of these accounts has seen little to no impact on the size of their audience.

According to Points North, it was expected that there would be “double-digit percentage drops” for follower and engagement accounts following Instagram’s crackdown, but the difference across the 500 accounts in analyzed was “flat”.

“Inauthentic engagements” also remained steady, with half of the accounts seeing a drop in engagements per post and the other half seeing and increase.

It seems that accounts have been able to maintain a large fake following, suggesting that the steps taken by Instagram haven’t been as impactful as the social platform might have hoped. 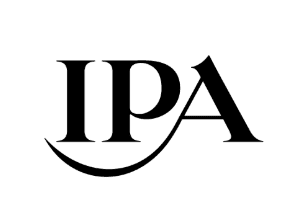 The last six years have seen marketing budgets in the UK grow, however, the last quarter of 2018 saw this end. Both economic and political uncertainty in the wake of Brexit saw many marketers reduce their budgets heading into 2019.

The latest Bellwether report from the IPA shows that growth was flat in Q4, with 16.4% of marketers saying they were cutting spend and the same figure reporting they were increasing budgets, resulting in a net balance of 0%. This is the first time the report has shown that marketing budgets were not growing since the third quarter of 2012.

While the positive takeaway is that budgets are not yet in overall decline, these findings suggest that the sector may not be in growth for a while. In fact, when asked about the 2019/20 financial year, 27% said they predict budgets will grow while 26% said they will decline. This means the net balance is just 1%.

Joe Hayes, a HIS Markit economist, which creates the report for IPA, said: “The slowdown in marketing budget growth seen in recent quarters culminated in Q4, as the six-year bull-run came to an end. Company-wide indecisiveness restricted the allocation of resources to marketers, as the wait-and-see approach to how the Brexit process will transpire appears to be the current strategy in place for many UK businesses.”

The report also found that marketers are fairly pessimistic about the economic outlook for companies. A net balance of 0.9% said they believed their business wouldn’t see good results in Q4 of 2018, which is a big drop from the 5.7% that said they would see good results in the previous quarter.

The cloud-based communication tool Slack has taken the old phrase ‘new year new me’ to heart and has revealed its updated logo. Getting rid of its colourful hashtag logo, Slack has unveiled its new offering but hasn’t received the best response.

Aiming to streamline and simplify its logo, Slack’s in-house design and brand team with Michael Bierut at Pentagram got rid of its logo that included 11 different colours and went for an option with just four colours. The reason for this, according to a blog post written by Slack, was because the mix of so many colours didn’t look right on many different backgrounds.

Slack wrote: “Our first logo was created before the company launched. It was distinctive and playful, and the octothorpe (or pound sign, or hash, or whatever name by which you know it) resembled the same character that you see in front of channels in our product.

“It was also extremely easy to get wrong. It was 11 different colours—and if placed on any colour other than white, or at the wrong angle (instead of the precisely prescribed 18º rotation), or with the colours tweaked wrong, it looked terrible. It pained us. Simply awful.”

The logo will slowly be introduced across Slack’s website and advertising over the next few months.

However, not everyone is a fan of the update, with many people taking to Twitter to ask the company to re-think the redesign. Slack stood its ground, pointing out that the old logo wasn’t fit for purpose and the new look will ensure all its logos are cohesive.

Influencers offer a lot of benefits to brands looking to increase awareness of products or services. However, many of them have been breaking rules in place around paid social media posts, with the Advertising Standards Authority (ASA) cautioning between 200 and 300 influencers over the past few years.

Speaking to Sky, the ASA said that the increase in influencer marketing had led to many social media accounts receiving warnings due to a lack of transparency over what posts were sponsored.

It is down to the influencer and the brands to ensure that consumers are aware of what content is sponsored, according to the Committee for Advertising Practice (CAP). This means communicating in a status or the hashtags used that a post is sponsored by a brand.

The ASA last year revealed that they were going to be looking more at brands that don’t properly signpost this type of content. It also launched a probe into online advertising, which includes social media posts.

This review will look at whether the guidelines currently in place for sponsored influencer posts are suitable and cover all necessary instances.

Guy Parker, chief executive of ASA, said of the review: “People shouldn’t have to play detective to work out if they’re being advertised to. This means the status of a tweet, blog, vlog, Instagram post or story should be clear.”

If you engage influencers as part of your marketing strategy, now is the time to ensure that your guidelines are compliant and to put processes in place to check that all posts and blogs follow the rules in order to avoid ASA action in the future.