Most people want to try Virtual Reality before buying it

Chart of the day: In a recent study on customer sentiments on virtual reality, by Ipsos MORI, they find that over 3 in 10 don't care about VR at all, and many think VR is just for gamers

VR devices are currently too expensive according to 66% of respondents and the majority (86%) would like to try VR before buying. 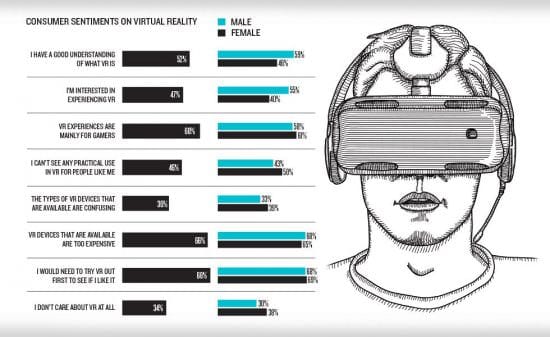 The key findings as shown in the chart above include:

If done right, brands can use VR to reach engage audiences and give customers a whole new experience.

Find out more about virtual reality: