Which countries lead the world in Digital Adoption?

Chart of the Day: South Korea, Singapore and the Netherlands lead the world in Digital Adoption

This is a first for us - a non-digital chart of the day! It comes (courtesy of a scanner) from the brand spanking new 2017 edition of The Economist's World in Figures, and has not yet been released digitally. Which is somewhat ironic, given it's subject!

The Economist measured the adoption of digital technologies across business, government and among consumers. It found South Korea, Singapore and the Netherlands were leading the world when it comes to the adoption of digital technologies. It's interesting how global this list is. Rather than being concentrated entirely in Europe and North America, this list features countries from North East Asia, South East Asia, the Middle East and Eastern Europe, as well as the more expected Western Europe and America. The digital revolution is creating a more connected world - one where distance matters less and technology is everything. Businesses need to make sure they too are transforming digitally, and not getting left behind by their consumers and competitors.

Looking at the chart we can see that whilst businesses are ahead of people in terms of technology adoption in Japan and South Korea, in Switzerland it's the customers which are ahead of businesses. Make sure your business isn't one of the laggards. 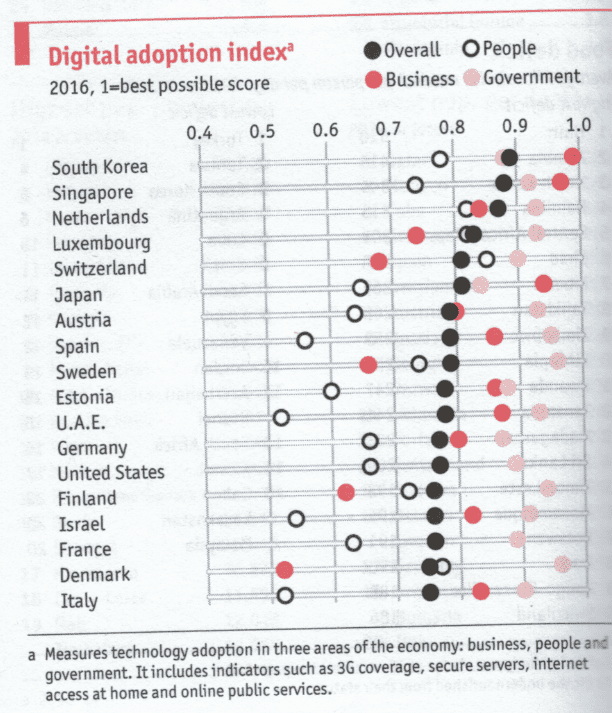