As we move into 2016, the digital marketing industry is inevitably bound to shift. While changes occur at all points throughout the year, there’s something about January that gives brands a fresh start. All of the sudden, we’re paying attention to the future, as opposed to reflecting on the past. Well, as you look towards 2016, it’s important that you focus on two words: visual storytelling.

What is Visual Storytelling?

It doesn’t matter what continent you travel to, which time period you study, or which people group you analyze, humans have and always will love stories. In the early days, people sat around campfires and told stories and passed along legends from one generation to the next. Today, we log into our Netflix account to watch the latest flick. Stories are what engaged and captivated the early inhabitants of the world, and somehow, they’re still what captivate us today. 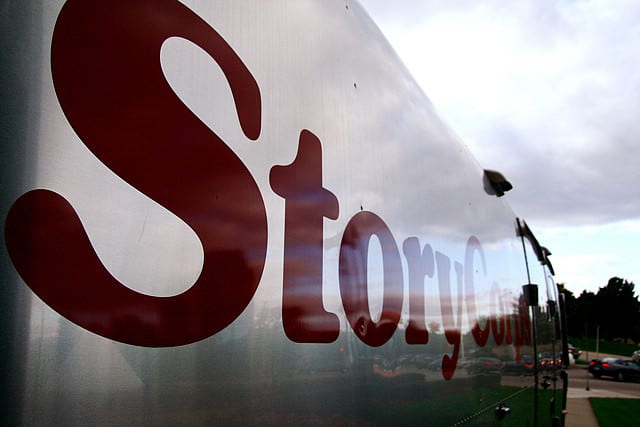 Over time, the ways in which stories are told have changed. From spoken word, stone tablets, and paper manuscripts in the old days to podcasts, eBooks, and Hollywood films in today’s society, the mediums through which storytelling happens have undergone systematic and significant change. However, our connection – as people – with storytelling has never dissipated.

Well, simply put, visual storytelling involves the use of graphics, images, pictures, and videos to engage with a target market and convey a brand’s message in an effort to drive emotions and encourage a particular action.

In 2015, visual storytelling was defined by a number of mediums and strategies. These included things such as:

It’s already clear that the demand for visual storytelling in the content marketing industry is going to see tremendous growth in 2016. This is predicated on the fact that content generates up to 94 percent more views when compelling visual elements are incorporated.

However, if you’re going to invest in visual storytelling and maximize its potential, you need to know what you’re doing. As content marketer Dawn Papandrea points out, “you can’t simply slap a few stock photos onto your blog or social media posts. Just as headlines and calls to action must be crafted carefully, your visual content deserves more than a second thought.”

If you want to “nail visual storytelling,” as Papandrea says, you need to focus on authenticity, sensory, and relevancy. In order to do this, you’ll want to keep the following points in mind:

From a visual storytelling point of view, no platform is as powerful as YouTube. It’s the world’s second-largest search engine and gives brands the opportunity to deliver powerful content to massive audiences. If you want a good look at what effective storytelling looks like on YouTube, check out these two examples.

Will you be able to create a YouTube channel that’s as effective as these two examples? Probably not. However, if you can develop a video storytelling strategy that’s even a fraction of these examples, you’ll do just fine. YouTube stands alone in visual content marketing, so don’t leave it out of your strategy for 2016.

The Rise of Interactive Visual Storytelling

“A seamless integration of a variety of mediums–from the written word and still images to interactive graphs, maps and animations–the interactive story is paving the way for new forms of transmedia storytelling in our convergence culture,” she writes. “These highly versatile formats are singular in their ability to give the user the freedom to navigate information, choose possible narrative paths and delve as deep as they desire into a certain topic.”

Mass adoption of virtual reality (VR) technology – both on business and consumer sides – is still a couple of years away; however, look for another step to be taken in 2016. Trendy brands will try to make a splash by leveraging new VR tools at events and physical retail locations. Tommy Hilfiger recently did this when launching their 5th Avenue store in New York City.

From a smaller brand’s perspective, you won’t necessarily extract much value from virtual reality in 2016, but you shouldn’t tune it out altogether. Pay attention to how the larger brands are using it and make notes of how your brand could leverage it in the future.

4 Other Digital Marketing Trends for 2016

While visual storytelling will probably highlight the top digital marketing trends of 2016, there are certainly some other developments worth monitoring. Prepare for and consider the following:

The proliferation of digital marketing technology is happening at an astounding pace. In fact, it gets faster and faster each year. As we leave 2015 behind and jump into 2016, look for digital marketing – and content marketing in particular – to undergo some significant shifts. Visual storytelling will lead the way, but don’t forget about the other trends and issues. It’ll be the brands that are constantly monitoring new developments that see the most success in 2016 and beyond.

Thanks to Larry Alton for sharing his advice and opinions in this post. Larry is an independent business consultant specializing in social media trends, business, and entrepreneurship. Follow him on Twitter and LinkedIn.