Are hamburger menus good for UX?

Quantitative user testing studies aren't as common as qualitative studies in the world of User Experience Research, but this brilliant study by Nielsen Norman Group (NNG) with 179 participants found that hidden menus, such as hamburger menus led to worse discoverability on both desktop and mobile devices. 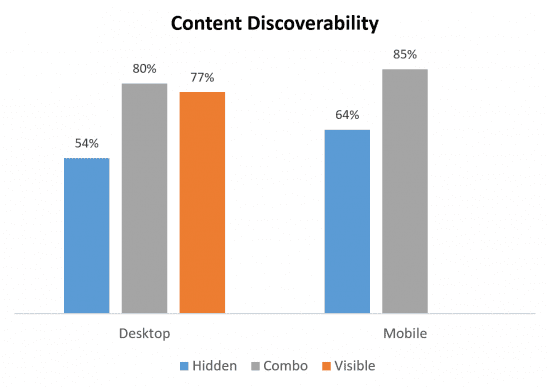 The study by NNG used remote unmoderated testing, which involves users recording their screen and voice at home, whilst working through instructions. Six live websites were tested across desktop and mobile, including three types of navigation:

Hidden navigation is not good for users, and if it takes longer, as well as being more difficult to carry out tasks on a website, this could harm conversions and revenue. You may wish to consider using visible of combo navigation on desktop and mobile instead of a hamburger menu; it might look neat but it means the user has to work harder and is therefore another barrier to conversion.

Convinced hamburger menus aren't right for your site? You might want to try Pizza menus instead.

To earn the respect of your executive team, you need to speak their language – and this means ROI. Here’s how to calculate these ROIs for your customer acquisition efforts ROI is the KPI your executives care most about. When …..