How will mobile video usage change in 2013? 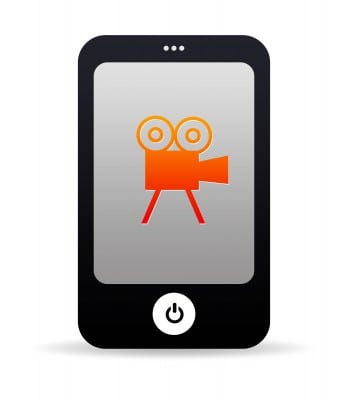 In this article we are going to show  how mobile video usage is likely to change in the coming years and offer some tips on how you can ride the wave to benefit your business. Over recent years, we have seen major changes in both online video and in mobile usage. A combination of the two has transformed the way we interact with our mobile phones and the way that we watch online video. Things are set to change even more.

What are the experts saying?

The fourth point is of particular interest here. They predict that video will account for 66% of mobile traffic in 2017, which is an increase of 11% on the 55% figure of 2012.

What do we mean by mobile video?

The obvious answer is that mobile video is video that is watched on mobile devices. Mobile devices are essentially mobile phones but the term also includes tablets.

The controversy around mobile video is in relation to whether people watch using the WiFi on those devices or if they use their carrier services. Cisco defines mobile usage as ‘carrier-based’.

How is mobile video usage going to change?

It makes sense that an increase in mobile users will result in an increase in video being watched on mobile devices. This is a fact that businesses need to accept. It would be foolish to sit back and think that only young people are using mobile phones for example.

More specifically, it is the increase in the number of smartphones being purchased that will have a significant affect on mobile video usage. We all know that smartphones are more than just phones. They are miniature computers!

Cisco predicts an increase from 0.5mbps to 3.9mbps in 2017. Specifically, an increase in 4G LTE accessibility will mean that more people will use their mobiles to watch video – mainly because they can. Many users find watching video on their mobiles impossible with 3G connection.

This is a chicken and egg point but the design of smartphones is already changing to be better for video. Faster processors and bigger screens will make watching mobile video a more enjoyable experience and therefore a more common one.

How will mobile carriers respond?

This is the big unknown. Mobile carriers have already started phasing out ‘unlimited’ plans and as demand for video grows and users need more bandwidth, they will need to decide how best to charge the consumer.

How will users respond?

It is already apparent that users won’t use their carrier connection to view video on their mobiles if they are going to be charged on top of their flat rate bill. Consumer behaviours have responded to limited packages by connecting to WiFi whenever they can and by being aware of how they use their mobiles when not connected to WiFi.

If carriers continue to put limits on data, it is likely to have an affect on mobile video usage. Either people will pay, or they won’t, and the future of mobile video will be stunted. By stunted, we mean that mobile video will retain the same nature that it has now – it will be very much a clip-based activity. It will be interesting to see how YouTube responds given their drive to become a platform that is host to longer video content.

Another big unknown is how consumers will respond once they have had a taste of improved quality mobile video. It might be so great that attitudes shift dramatically and people will be willing to pay the price.

What will it mean for online video marketing?

Whatever happens, it looks like Cisco will be correct in predicting an increase in mobile video usage. Marketers will need to be aware of these changes as they are happening and produce content that is in line with the main trends. It will be important to use the possibility of knowledge about where and when people are using their mobile devices to access video content. The main point will be to include mobile in video marketing strategies – it is an area which many businesses overlook but soon won’t be able avoid.

Here are some ways that marketers can incorporate mobile into their video marketing strategies.

Vine is the new kind on the block. With Vine, users can create six-second videos (the same amount of time it takes to read the average tweet). What could be more suited to mobile than quick, snappy, six-second videos? The challenge for marketers will be to master the art of communicating a message in such little time. Here is a post that we recently wrote on using Vine

Some lateral thinking is going to need to happen. Marketers need to start imagining their audiences anywhere and everywhere with mobile phones, rather than sat at desks in front of computers. Calls to action in videos then need to make sense to mobile users and need to be relevant to how people use their mobiles. Think about testing phone numbers rather than web addresses as a call to action on videos made for mobile.

3. Taking advantage of other mobile technology

In particular, think about QR codes and the ability to check in at different locations. There are so many ways to encourage target audiences to interact with you by using their mobiles in new and exciting ways. It might be that you place QR codes strategically that link to new and exciting video content for audiences to access.

The opportunities are expanding and not all options will be appropriate to you. However, it is looking like we all need to be ready for a further mobile boom, no exceptions.

Neil Davidson is the Founder of MWP Digital Media, a leading Corporate Video Production Company. He also runs My Web Presenters who specialise in creating video spokesperson videos. They work with businesses of all sizes to create and market compelling and emotive videos that get specific and clear results. If you would like to have a conversation about how to create video for the web then please  contact Neil here.