Our overreliance on data is stifling creativity in the Marketing world

While data-driven marketing is certainly an invaluable tool in any marketer’s arsenal, without any creativity, it’s just more numbers.

In this article, Rik talks about the data overload happening in the marketing community. He offers tips and tools to marketing professionals in bringing creativity back to the forefront and the positive results this can lead to in their marketing efforts.

If your organization has become over-reliant on data, these tips can infuse some creativity into your ranks.

7 Steps to a Digital Communications Strategy for FMCG Brands

Technology has provided marketers with unprecedented opportunities to gather data on the wants, needs, and behaviors of consumers — and on a very micro level, at that. So it only stands to reason that many brands would take a much more data-driven approach to marketing.

But overreliance on data can blindside even the best marketing teams and create a constant demand for validation. Can we prove that this message will resonate with our audience? What can past campaigns tell us about potential results? If such questioning becomes the primary focus, there’s no room to stray from what’s been done before.

Besides, data can provide a false sense of success. Companies start to see social shares, clicks, and open rates as signs of actual traction, forgetting that these numbers don’t offer a true picture of engagement, active users, or the path to conversion. As a result, all eyes turn to the lowest levels of the funnel rather than at the top, where you’re more likely to create a meaningful, long-lasting relationship between brand and customer.

This isn’t to say brand advertising is better than performance-based, direct marketing. You need both to create a successful campaign. But if the bulk of your marketing efforts focuses on lower-funnel measures, the balance is probably off. Now’s not the time to double down on data; it could squelch business growth.

Data points are just data points if you fail to apply creativity to those numbers. And as ironic as this might sound, the data shows that brands with Cannes Lions-winning creative campaigns significantly outperform the S&P 500.

If you hope to keep consumers on your side, data will have to be applied and deployed in more creative and sophisticated ways — and a little transparency wouldn’t hurt, either. California’s new data privacy law won’t be the only measure taken to protect the public. Expect something similar throughout the U.S.

And while expectations of how businesses capture, store and share data continue to evolve, its use will remain an important and valuable tool of marketing campaigns — “tool” being the operative word here. No matter how robust the treasure trove of information is, it still can’t grasp the fine art of persuasion. For that, you need imagination, which is why it has become so important to strike the right balance between data and creativity.

One brand that seems to have found this balance is MailChimp. As an enterprise software business with $500 million in revenue, it’s clearly successful and data-driven. But it’s also extremely creative. You need only look at its “Did You Mean MailChimp?” campaign as evidence of this.

The company created nine standalone brands that sounded like MailChimp, each with its own quirky spirit: MailShrimp, KaleLimp, and JailBlimp (short films); FailChips (a snack line); SnailPrimp (an anti-aging treatment); WhaleSynth (a music creation app); NailChamp (a nail art battle); MaleCrimp (a site dedicated to men who crimp their hair); and VeilHymn (a band that released a song and video).

When people interacted with any of these brands or searched for them on Google, they were seamlessly introduced to MailChimp. Data did play an important role in shaping the campaign strategy and media plan. But the real magic was in the ridiculous idea of telling MailChimp’s story through a bunch of fun, nonsense, and culturally resonant brands.

The approach paid dividends, with the campaign reaching 334 million people. The song was played 1.5 million times, and there were a total of 67 million Google searches for the nine sound-alike brands. That’s a hell of a lot of awareness.

There’s no easy formula for creativity. But if your organization has become overreliant on data, the following can help you infuse some much-needed creativity into your ranks:

1. Look at data from a holistic perspective.

Although the majority of companies realize data’s value, many lack a strategy for its use. In fact, disagreements still swirl around the role and responsibilities of the chief data officer. Thirty-nine percent of companies say CDOs are responsible of for data strategy, 37 percent feel that responsibility is on another member of the C-suit, and 24 percent say no single person is responsible for it.

To start using creativity and data together, first find people to lead the charge by bringing clarity to departmental responsibilities. With the right team in place, search for data that can help you identify emerging cultural trends that your brand can tap into in creative ways. After all, insightful data should give you a glimpse into the future.

Organizations often use data to shape strategy. But this can leave you going down the same path as many of your competitors. If you were all looking at the same data, wouldn’t it make sense that you’d arrive at the same answers? Instead, apply data as a sense check.

To do this, create multiple strategic hypotheses based on a mix of behavioral science, industry trends, and consumer behavior — with a dash of instinct and experience, of course. Then, use data to prove or disprove these hypotheses. You’ll be surprised by how this approach can lead you to more original strategies.

Data can capture and quantify phenomena. Insight is entirely different — it involves coming to a new understanding about something in front of you. Data, once again, is raw material. It takes human intelligence and creativity to draw out its insights.

None of this is to say that data shouldn’t be an integral part of the creative process. But let’s not confuse data with the leaps of imagination that only creative thinking can provide. Sure, there are examples of technology creating pieces of music, art, and film. But have you seen or heard this stuff? With maybe the exception of an AI-fueled rendition of John F. Kennedy’s planned speech on the day of his assassination, the outcome is generally awful. It lacks any human connectivity. 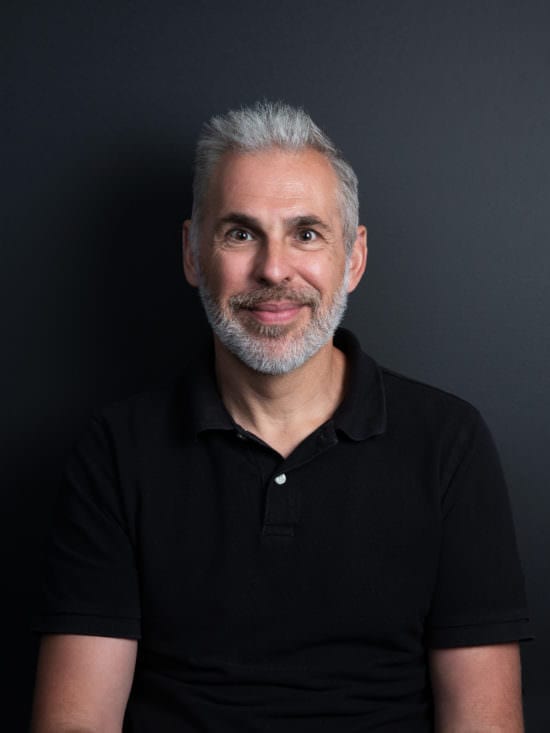 Too many marketers fail to understand or appreciate this fundamental truth. As a result, data can become the primary focus of their efforts. They then risk placing less value on creativity and invest less time, resources, and effort focusing on what’s really important: the idea, not the data.