With pressure on ad budgets, deciding where to spend your marketing dollars is as tricky as ever. When it comes to FMCG brands, TV is still often seen as the safe bet, the 'no one gets fired for buying IBM' option. But primetime TV slots are expensive and harder to quantify in terms of value when there are only ratings measures without direct measures of response via engagement or clickthrough rate or conversions as available for online marketing. For this reason and to reach audiences who are online, many businesses who convert their customers online (eCommerce, SaaS, news sites, gaming etc.) have moved the majority of their ad budgets to digital formats in recent years. It's easy to see why. You can track links, measure traffic, work out the conversion rate and thus establish what the ROI was on your campaign in a scientific way. But this only works if you have a product which you sell online.

This lack of conversion data makes picking the right medium to deliver your advertising for mass consumer goods a tricky business. TV is a powerful medium, but not always the most cost effective. Norwegian food manufacturer Fjordland switched from TV and Banner ads to Facebook for it's 2015 Christmas campaign and managed to achieve a 14% rise in sales and a 90% decrease in cost per click, for a third of usual budget. Facebook is good if you want to drive clicks, but what if it's just impressions you are after, because your customers don't convert online?

For those over the age of 26 who aren't clued up on all things Snapchat, filters are a new(ish) feature whose latest iteration was launched earlier this year. Snapchat maps your face and then can add features in real time. You know, crucial things like making you look like a dog, or making you vomit a rainbow like this... 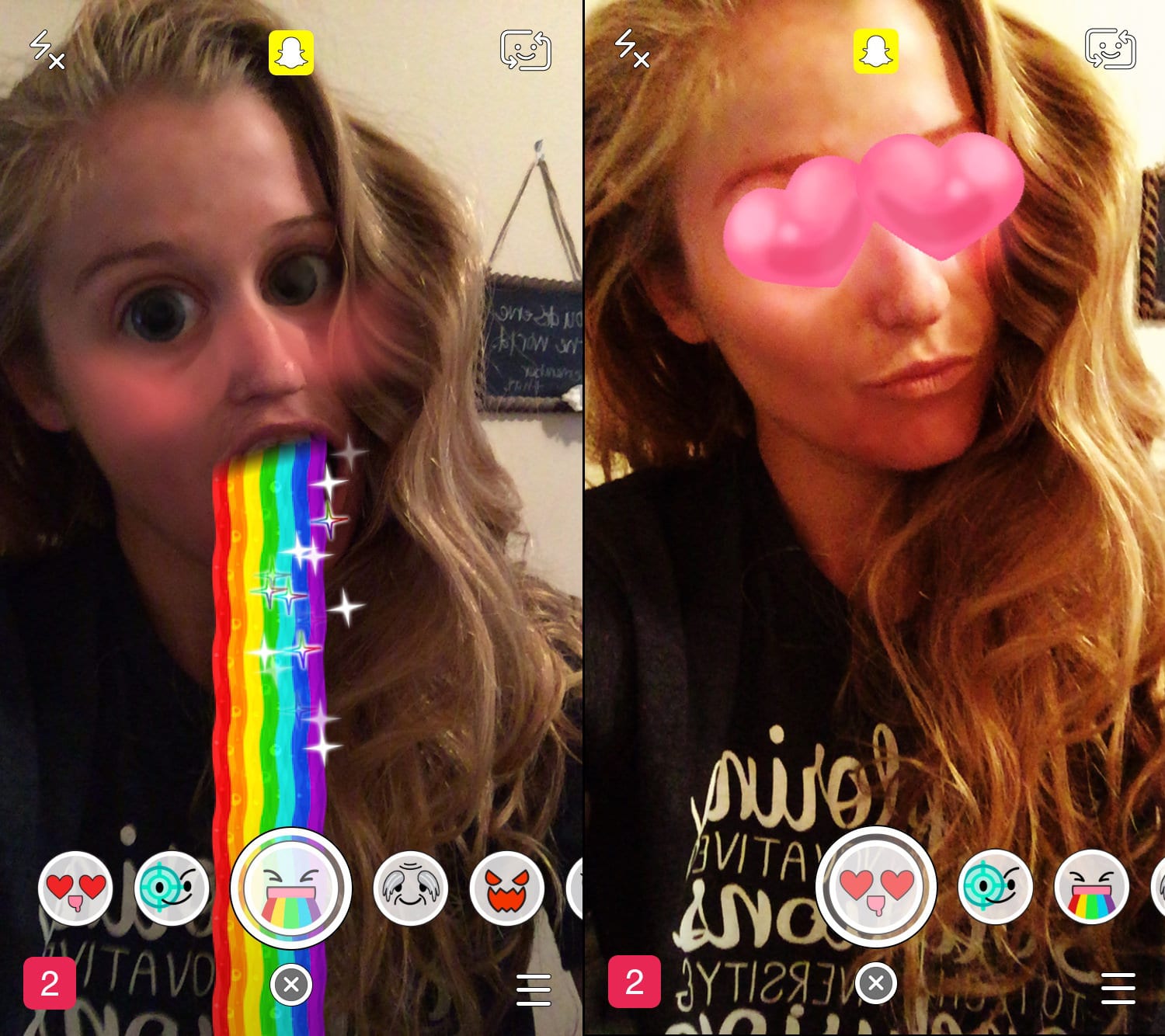 This matters to businesses because of the growth in popularity of Snapchat and since it has started letting brands pay to create their own filters which people can then use.  Gatorade made a big splash when they launched their own lens during the US Superbowl and this Snapchat campaign yielded an incredible 165 million views as the paid lens promotion then organically amplified itself as users sent their snaps to their friends, causing them to seek out the filter.

Snapchat filters are often tied to specific events, like Gatorade's use of the US SuperBowl. Although Cadbury had no event tied to it's Crunchie chocolate bar, the filter did work well with the brand's 'Friday Feeling' slogan. Rather than just run the campaign for a few consecutive days and burn through the whole ad budget in a week, Cadbury decided to have the filter available on the last Friday of the week for 3 weeks in May 2016, to build a buzz around it's products as part of it's 'Friday Feeling' strategy. As mentioned, Cadbury boldly decided to spend half of its total annual digital ad budget on the campaign, and set itself a target of achieving 10 million views.

As a new platform which is relatively untried for advertisers, it may seem strange that Cadbury was willing to take the plunge and blow half it's annual budget on Snapchat in a single month. However, Cadbury's sales of 'singles bars' such as Crunchie bars, had been falling for some time, and this was broadly attributed to a failure of traditional marketing channels to achieve the kind of connection with younger people that would be needed to drive sales growth. Snapchat offers a uniquely effective way to reach these users, as 55 million of it's 100 million user base are in the much sort after 16-24 age range. These people are often referred to as 'millennials', but this is in fact wrong. Technically millennials are those born after 1982 who came of age in the 2000's. Some millennials are in their early twenties, others their mid-thirties. It's a huge age group which can't really be targeted in any meaningful sense. The 16-24 age range, whilst still diverse is at least coherently 'young' and thus does represent a reasonable group to target. Given this target audience, Snapchat is the perfect platform to reach them. 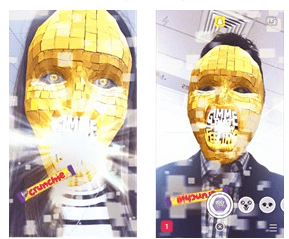 As previously mentioned, the 3 filters rolled out over 3 consecutive Fridays were targeted with achieving 10 million views. They absolutely smashed this target, with the first filter alone achieving 9 million views, nearly hitting the over-all campaign target after just 1/3rd of the campaign was rolled out.

The really powerful thing about Snapchat is that a 'view' or 'impression' is so personal. Normally scrolling over a video in a Facebook feed, seeing a banner ad or getting annoyed by a YouTube pre-roll ad would count as view or an impression. With Snapchat a view comes either from someone getting a picture of their friend with the hilarious filter all over their stupid grinning face, or from the person playing around in Snapchat putting the filter over their face. Given that the average user plays about with a filter for a full minute, these views are a lot more valuable to building a brand than just a quick pre-roll video view or banner ad impression.

Cadbury had great success with the filter, and one of its other Snapchat filter based campaigns even ended up gaining huge amounts of earned media at no additional cost because the filter was picked up by Snapchat influences, such as Zoella.

So if you are a B2C brand with a non-eCommerce business model, Snapchat filters offer a great way to build your brand and reach huge numbers of people. Interestingly Snapchat designs all the filters in-house, you just have to tell them what you want and they try to meet your brief, so you needn't worry about not having the coding resources in place to create them. The only barrier really is the cost, but Cadbury proves they're a seriously effective medium if used right.

This download will give you guidance on how to create a Digital brand communications strategy focusing on examples of FMCG Brands, but with the principles of online branding applying to other businesses too..