Are you taking advantage of Bing in 2011?

How popular is Bing and how do its SEO ranking factors differ from Google? 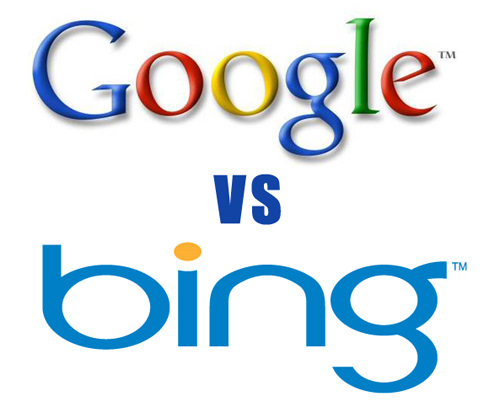 We are only 4 months into 2011, but I don't think Microsoft and specifically the Bing team could have asked for a better start to the year!

Conversations about the search engine only seem to be heading in one direction, the same direction as the number of people using their service - up.

In a previous post this year I discussed how searches on Bing were increasing, well this trend has not changed. In recent posts on Mashable, bloggers are showing how, if current trends continue, Bing could well overtake Google in the US.

Summary of the current Bing trends

This highlights an opportunity in my opinion. While I don't believe Bing will overtake Google in the near future, I do believe it will be a force in the industry that search marketers need to recognise and quickly!

Looking at your search strategy and ensuring it is both Bing and Google friendly will be a key consideration in the coming months. Getting ahead of the curve rather than waiting for it to become a problem would definitley be high on my agenda. The first thing to do before actioning any of the points below would be to check your traffic & rankings in Bing and compare these to Google, this will set a benchmark for you to monitor results as you progress.

An analysis of the differences on SEOmoz covers this subject in great detail so I have summarised pointers for you:

Although there are these differences in ranking factors, you can advise colleagues that separate stratgies aren't necessary. The SEOmoz analysis concludes:

It certainly appears that while Bing is enjoying some success it is still behind Google in various areas surrounding its ranking algorithm. Its anti spam & intelligence surrounding crawling websites & interpreting inbound links still has someway to go. Keep your search strategy consistent for both search engines, focus on:

It would be great to hear your thoughts if you have had recent success or are struggling with Bing rankings, join in the conversation at our LinkedIn group >

Chris Soames is a Smart Insights blogger and consultant, he has worked in digital marketing for over 6 years with the last few years managing international web strategies for a leading travel brand. Now the Commercial Director at First 10, an Integrated marketing agency, he helps clients get clarity on their marketing strategy and create campaigns engineered to engage with their consumers to help drive sell-through. Most of all, Chris enjoys working with talented people who want to create great (& commercial) things not just tick boxes.