How social media and digital marketing has impacted global branding

Whilst the emergence of social media makes it increasingly difficult to contain campaigns within a given market, it offers brands greater opportunities than ever to connect with large, global audiences in a way that feels far more personal than most mediums previously available.

This blog provides successful examples of how companies are enhancing their global brand, the campaign development process and how to embrace the evolution.

A few months ago, Coca-Cola launched what they refer to as the ‘Cocal-Cola TV project’ campaign, essentially bringing live entertainment to its target audience via multiple social media channels and devices in a year-long project primarily aimed at audiences in Latin America.  Paul McCartney’s free concert in Mexico was streamed live on Coca-Cola TV, with viewers encouraged to drive conversations on social media channels.

More recently, Topshop partnered with Facebook to allow viewers of its live-streamed fashion show to share pictures of their favourite outfits with their friends as the show unfolded.   The show was also the first ever fashion show to be streamed live on Twitter, with viewers encouraged to summarise the show in the traditional 140 characters. According to the brand, it was watched by over 2 million viewers from over 100 countries. The campaign resulted in an extraordinary level of traffic to Topshop.com, and in several of the collection’s items being sold out within an hour. 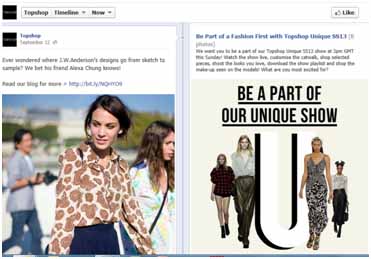 So how is global marketing evolving and how to make the most of this opportunity?... 3 stages to a campaign development process

Traditionally, global marketing campaigns were developed in a brand’s headquarters, and tailored to cater for the needs of the largest market. 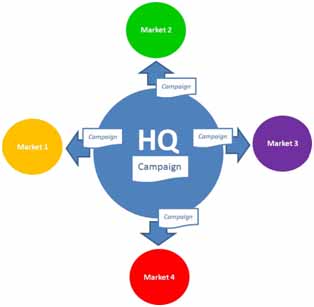 They were then tweaked to smooth out prominent local flavours, and to create a more ‘global friendly’ tone of voice.  However, the content and concept remained predominantly relevant for the primary market they were intended for.

The benefit?A cost effective way of ‘globalising’ a market-specific campaign. The risk?A potentially bland and soulless campaign, or worse still one that crosses the line of accepted cultural norms and might even be perceived as offensive in certain markets.Diesel’s ‘be stupid’ ad campaign for example had to be pulled out of the UK after being deemed inappropriate. 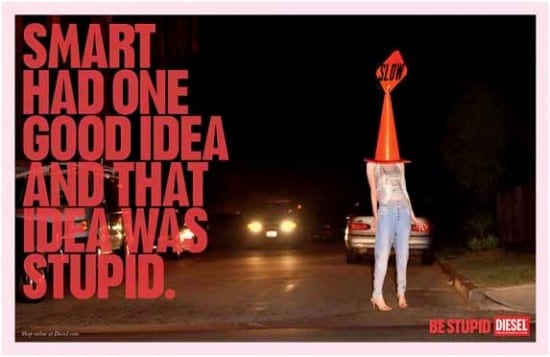 Over time, the process evolved and became more fluid.  Brands learned to operate with a more international mindset and produce campaigns relevant across a range of markets.  They managed to reach the fine balance between keeping global cohesion and branding, and integrating cultural flavours. 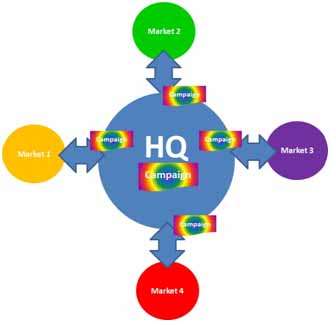 In-market marketers actively participated in the ideation and development of the campaign to make sure that it hit the spot in their market.Equally, global marketers became savvier in their knowledge of the various cultures (and underlying languages, regulations, accepted behaviours, etc.) their brands operated in.

More recently, the emergence of digital and social media marketing has led brands to embrace global marketing at a much deeper level.  The lines between separate markets have become blurred. Digital campaigns ran in one region inevitably ‘leak’ to others via social media channels, as are the public’s comments, reactions and opinions, whether positive or negative. 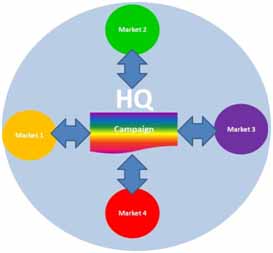 This approach has worked particularly well for certain brands. Coca-Cola for example arguably established the early concept of global marketing and has managed to keep its slogans universal through the years. From ‘Have a Coke and smile’ in 1979 to ‘Can’t Beat The Feeling’ in 1989 and ‘Always Coca-Cola’ in 1993, its taglines appealed to its audience’s feelings – universally so.

Nike has also placed the bar pretty high when it comes to embracing digital as a platform to drive global campaigns.  The days of promoting the start of NCAA March Madness (a US-based basketball tournament) on its homepage in every country are thankfully long gone.A shift certainly happened when Nike launched the Nike iD online store, allowing customers to customise their own shoes.It was a hit, with sales reaching over $100 million in a few years. Nike has not looked back since.

They identified that developing products that allow them connect with their target customers on a personal level across a multitude of cultures and markets was a key success driver. They also smartly combined this with an increased emphasis on social media as an advertising medium.  In fact, Nike’s World Cup Campaign in 2010 was launched via its Football’s Facebook page. 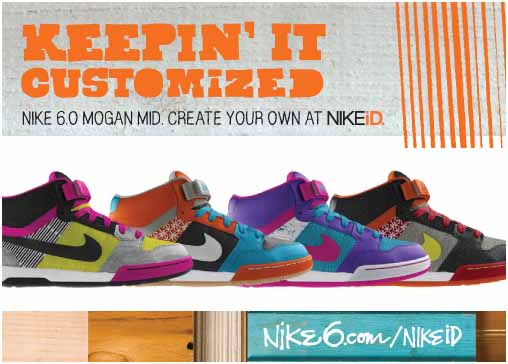 5 tips for brands to embrace this evolution

The emergence of digital and social media channels has inevitably led to an evolution in the way brands embrace global marketing.  It will become increasingly hard for international brands to contain campaigns within single markets, and in many ways, why would they want to miss out on the unique opportunity they have to talk to their audiences worldwide?

If your brand is ready to adopt a more global focus, here are some tips to make the most of this global digital opportunity:

TIP 1. A coherent global brand identity has become indispensable if your brand has a presence in multiple markets.  A flaky brand identity will cause confusion and dilute brand equity. Success on the other hand will strengthen the brand image and lead to exponential rewards through the power of social media.

TIP 3. Develop culture-agnostic campaigns and taglines by focusing on the emotional benefits. Brands today have the opportunity to ride the wave of the social and digital era and connect with their customers worldwide in ways that would have been unthinkable 10 years ago.

The combination of scale and intimacy is not always easy to achieve, but brands such as Nike and Coca-Cola have leveraged this opportunity very successfully.   How? By focusing on universal emotional benefits their products offer.  Whether your product is customisable or not, some of its attribute are bound to be culture-agnostic.

TIP 4. Do your homework to identify the most relevant local channels in which to apply your global strategy.  Google’s Orkut for example remains a popular social media channel in Brazil and India.  If those are important markets for your brand, consider how Orkut should fit in your campaign strategy.

A US campaign is likely to be seen, read, and experienced by customers in other English speaking countries.  Similarly, leveraging social media channels to support your campaign will make it visible to your fans across countries, languages or cultures.

Thanks to Isabelle Griffith for sharing her advice and opinions in this post. Isabelle has held a number of positions with leading internet brands Amazon and Yahoo!, managing global teams to deliver cohesive strategies and in-market success, and is now Digital Consultant and Founder at e-nhance. You can connect with her on LinkedIn.

Isabelle heads up the Small and Medium Charities division at JustGiving, and is Founder of E-nhance, a digital consultancy which helps start-ups, small and larger businesses optimise their online potential. Over the past 16 years, Isabelle has held a number of positions with leading brands, including 11 years spent with global online brands Amazon and Yahoo!. Prior to setting up E-nhance Isabelle was Director of Global Product Operations at Yahoo!, building and managing a team of 17 in multiple international locations to drive the success of Yahoo!’s community-based products in 21 markets. Isabelle is passionate about customer satisfaction, global marketing, international operations, and online communities. Connect with Isabelle on Linked In or Twitter .