With over 100 soft-drink variations catering for every type of regional taste, for 132 years, Coca-Cola has remained the world’s benchmark leading soft-drinks brand

Now that ‘soft’ image is about to toughen up with the brand venturing into ‘hard’-alcohol beverages.

The brand is set to launch a boozy version of its beverage in the shape of a Japanese alcopop. The new drink will join the “Chu-Hi” range of canned sparkling flavoured drinks that are especially popular in the region. Sold in most local supermarkets and widely available from vending machines, “Chu-Hi’ is an amalgamation of the words “highball” (a mixed drink) and “Shochu,” (a spirit distilled from rice barley, sweet potatoes and other ingredients).  Chu-Hi alcoholic content ranges between 3-9% proof (which saves producers from paying the higher taxation given to stronger drinks).

7 Steps to a Digital Communications Strategy for FMCG Brands.

Despite Japan’s beverage market generally waning in recent years, alcopops are said to still be popular with female drinkers.

Initially, Coca-Cola will probably sell its alcoholic drinks exclusively in Japan.  Although worldwide, the long-held choice of consumers to mix the drink with harder drinks will continue.  (For example, tequila, gin, whisky (whiskey, Bourbon...) rum (white) and vodka).

(Coca-Cola dabbled previously in alcohol, buying wine businesses in the 1970s. It also served Chablis and Burgundy in 6.3-ounce aluminum cans on selected United Airlines flights.  After testing other variations of “light” wines and “bag-in-box” wines, Coca-Cola sold the unit to Seagram & Sons for $200 million in 1983. 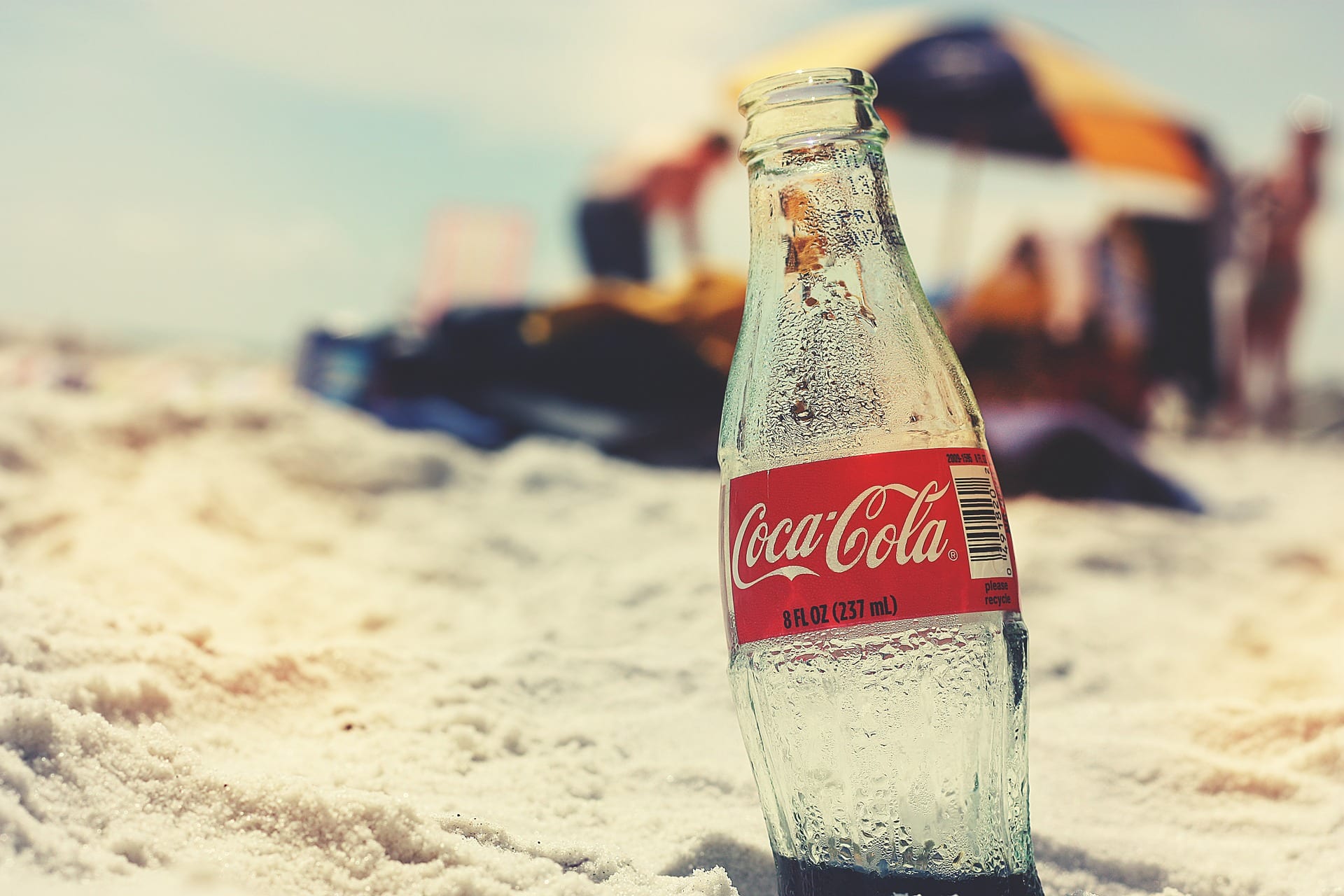 The combination of a languid economy and awareness of health issues among consumers has challenged Japan’s carbonated market.

However, according to market research firm Euromonitor, carbonated brands have shied away from healthier ingredients fearing the strategy would affect the success of categories, such as bottled water.

Instead, brands have been distributing products with stronger carbonates, locally referred to as Kyo-Tansan, which contains higher caffeine.  Suntory (currently Japan’s second-biggest soft drinks company with a market share of 17.1%, behind Coca-Cola on 22%) renewed its ‘Pepsi Strong’ brand by launching ‘Pepsi Strong 5.0GV’ and ‘Pepsi Strong 5.0GV Zero’ (GV refers to Gas Volume). The strong caffeine content makes the carbonated drinks the strongest produced in the Pepsi line.

In Japan, as in worldwide, sales of fizzy drinks are in decline as young people become more health conscious, cutting down on sugar consumption. Coca-Cola has therefore branched out into water, coffee and tea to plug the sales shortfall.

The company is due to launch three new drinks in the UK this year – the ice tea drink Fuzetea, ready-to-drink cold coffee Honest Coffee, and the dairy-free smoothies brand AdeZ.

Euromonitor, reports that worldwide consumption of carbonated cola drinks fell 3.1% between 2012 and 2017. (There were double-digit precipitous declines in the US and Brazil). Coca-Cola controls 56.5% of the global market.

Whilst probably few outside Japan may have heard of Aquarius (a sports drink), Georgia Coffee (a canned coffee drink) or Sokenbicha (a blended tea drink), each of those drinking created specifically for the Japanese market has generated global sales of $1 billion or more in the past five years.

Coca-Cola soft-drink variations cater for a multitude of regional tastes. In 2016, the brand said it introduced the equivalent of nearly two new products globally every day. Returning to Japan, it has introduced a soft drink with added fibre to appeal to Japan’s aging population, as well as a product that mixes coffee with its namesake soda..”

The UK government is set to introduce a sugar tax.  Yet, rather than reduce its’s sugar-rich recipe in its flagship beverage, Coca-Cola reportedly plans to follow other food and beverage companies by decreasing portion sizes. Equally, as with other brands, in an attempt to offset taxation, it will increase prices.

The UK government-led trend for healthier foods and drinks has led to bottled water outselling cola for the first time in the brand's history.

So, does all this mean Coca-Cola will eventually introduce their boozy beverage outside of Japan? CEO James Quincey said: “Never say never.”