The retail industry spends more on digital ads than any other vertical. It outstripped automotive, travel, financial services, pharma and media this year. It is predicted to smash it's 2015 record of spending $13 billion on digital ads by $2 billion, racking up an impressive $16 billion in digital ad spend this year.

That's the good news. The even better news is that these trends are only getting started. e-marketers 2016 predictions forecast digital spending increasing still further to a massive 23 billion by 2020, as you can see from the chart below. 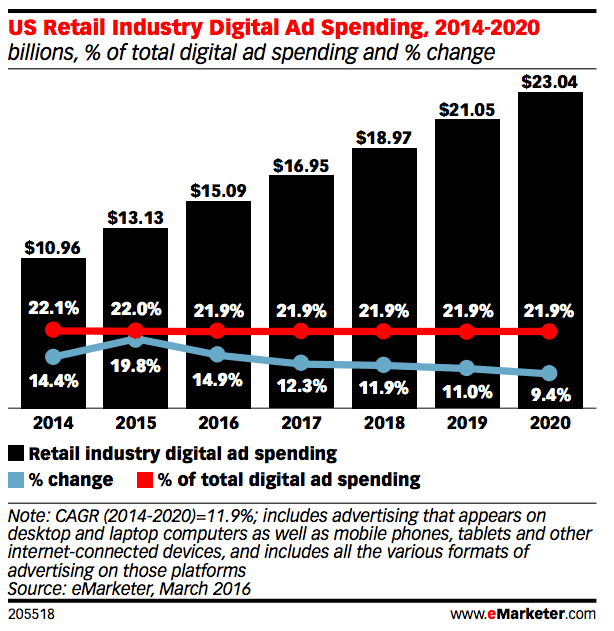 Separate data from CMO survey also confirms this big shift to digital. Their data shows consistent double digital rises in digital ad spend since 2012. This is showing no sign of slowing down, with a healthy 13.2% digital budget increase for 2016. 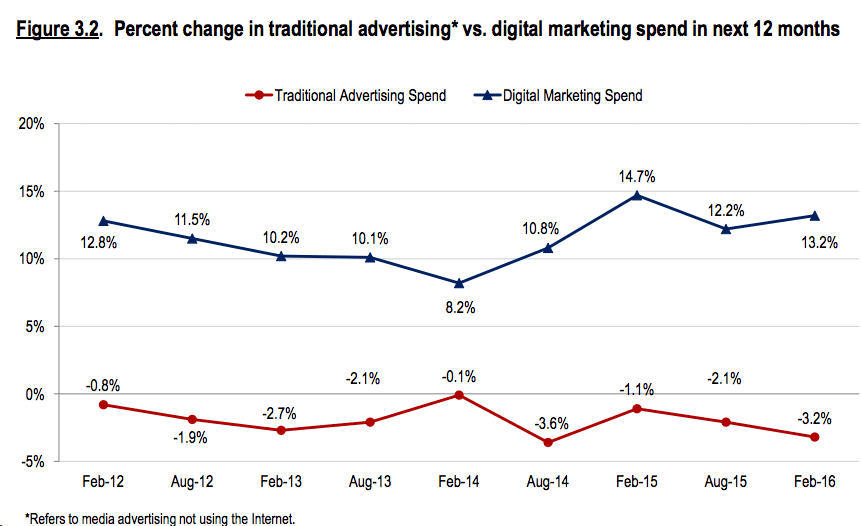 Spend is increasing, but is knowledge?

With big increases in marketing budgets, you'd think it would be reasonable to expect increased levels of skills among marketers managing the spend. However, data from CMO survey shows no discernable trend in increased marketing excellence. In fact, things remain pretty much stagnant. 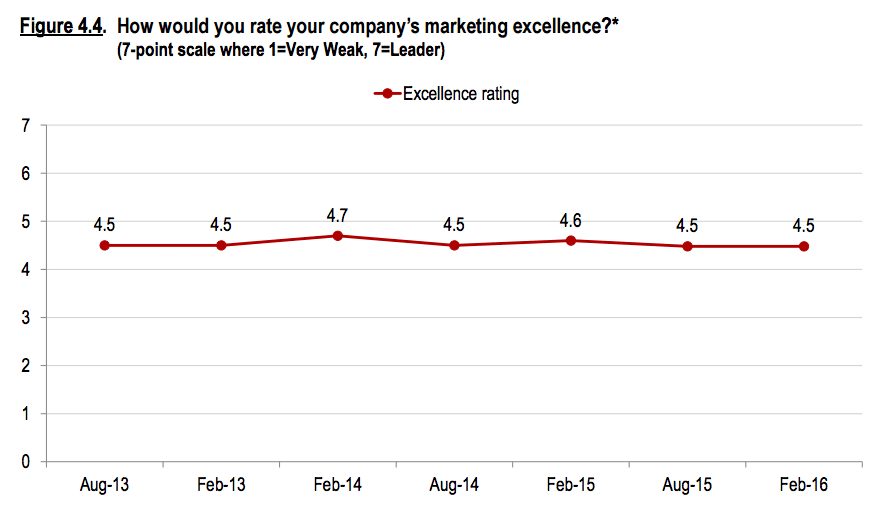 CMOs consistently rate their companies as about average, or just a bit above. This is either because CMOs are dedicatedly honest, or because they aren't seeing the level of increase in marketing skills they'd like to within their organisations. To combat this, companies need to invest in skills and training.

Although there is no evidence that marketing excellence is increasing, digital is still looking like a good bet.

A survey of 200 US retail marketing executives with the power to make budget allocation decisions shows their views on whether digital or offline channels give greater ROI. Over three quarters reported that digital channels gave them better ROI in 2016 than offline channels. 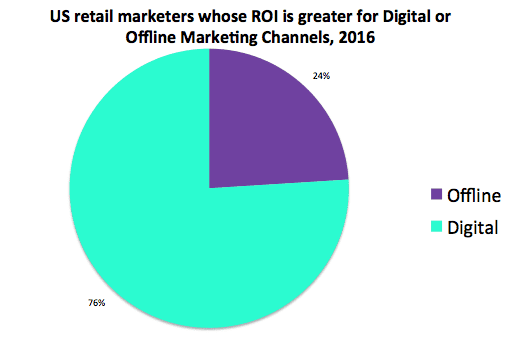 Social media spend is set to increase markedly in the next few years: doubling from 10% of today's marketing budgets to 20% by 2021. B2C services leads the pack when it comes to % of marketing budget on social, with over a quarter of budget to  be dedicated to the channel in 5 years time.

But is social delivering the goods?

Social may be getting more ad budget, but is it delivering results? The answers seems to be maybe a little, but they're not impressive. Only 3% of CMOs surveyed reported said social was contributing 'very highly' to the companies performance, whilst about a fifth said it wasn't at all important to performance. 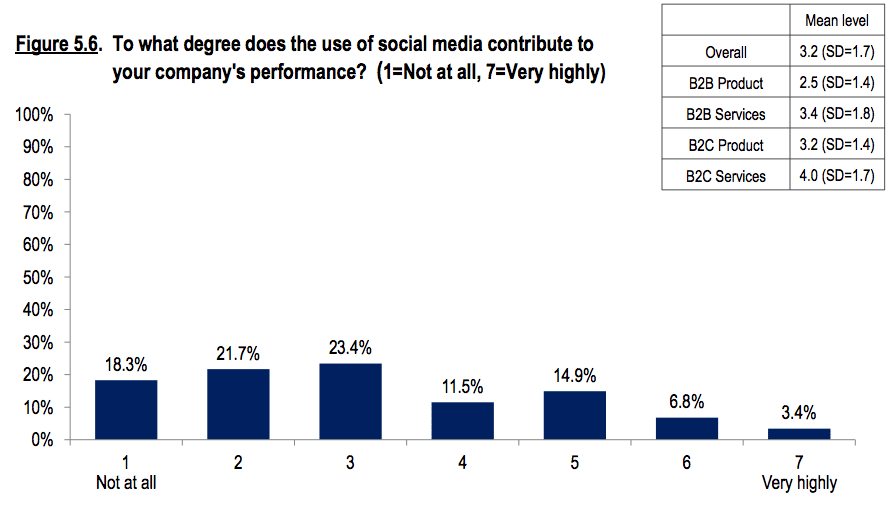 Spend follows the eyeballs in shift to mobile

We've seen a seismic shift to mobile over the past few years, with mobile now accounting for over half of all time spent on the web. US CMO's report that they will more than double mobile budgets over the next 3 years. Shifting from just under 6% of current marketing spend to 14.6%. This makes sense as it's following where users actually spend their time, but given that in 3 years time over 65% of time spent on the web may be on mobile devices, it may make sense to increase mobile budgets even more rapidly. 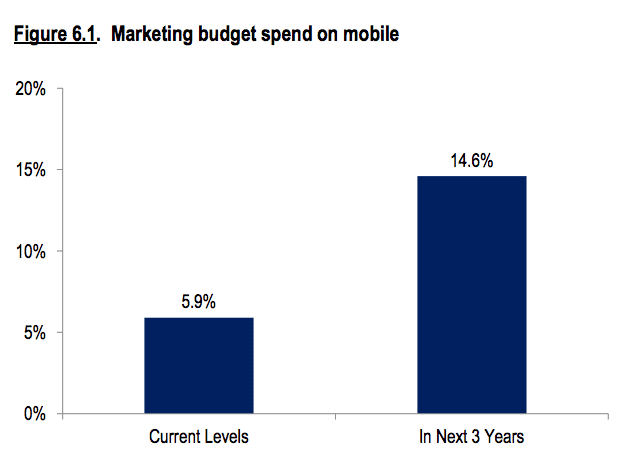