Google case study : A summary of Google business strategy and background on Google technology for readers of my Digital Marketing and E-commerce books. End of case contains technical references on Google's approach to crawling, indexing and ranking results at the end of this case study page.

This Google strategy case study is updated for each new edition of my Digital marketing or E-business book.

Google’s mission is encapsulated in the SEC filing statement:

“to organize the world’s information …. and make it universally accessible and useful”.

Google explains that it believes that the most effective, and ultimately the most profitable, way to accomplish our mission is to put the needs of our users first. Offering a high-quality user experience has led to strong word-of-mouth promotion and strong traffic growth.

Read further details on the culture and ethics of Google in their Ten Things Manifesto. Notable tenets of the Google philosophy are:

“1. We will do our best to provide the most relevant and useful search results possible, independent of financial incentives. Our search results will be objective and we will not accept payment for inclusion or ranking in them.

In the Google Annual SEC filings (the best source of information on Google's strategy and value proposition), the company explains “How We Provide Value to Our Users”: “We serve our users by developing products that quickly and easily find, create, organize, and share information. We place a premium on products that matter to many people and have the potential to improve their lives”.

Some of the key benefits which are stressed are: Comprehensiveness and Relevance; Objectivity; Global Access; Ease of Use; Pertinent, Useful Commercial Information; Multiple Access Platforms and Improving the Web.

Google Revenue - summary of the 2011 split

Word Stream has taken the published figure and contributed this breakdown.

The range of established Google services is well known. Many of these achieve through acquisition - see this 2010 summary of Google acquisitions

Google’s commitment to innovation is indicated by these more recent additions to their services which show that their ambitions extend far beyond search and information management through developing operating systems and hardware across multiple platforms to fulfill their mission “to organize the world’s information …. and make it universally accessible and useful”.

The latest announcements of Google strategy are available from Google podium

This is a useful 2008 summary of Google's strategy from a French consulting company:

View SlideShare presentation or Upload your own. (tags: google strategy)

TechCruch has a useful summary of US trends in usage of Google services. This catalogues the continued growth of Google in the US in its core services, but shows Google Video, Scholar and Google Product Search falling substantially.

Click on the top left link on the Widget below to see Tech Crunches take on Google's product strategy:

The best available case study is from the most recent Google Annual Report SEC filing which gives all the Google financial and its success and risk factors. Choose the annual report.

SEC is the Securities and Exchange Commission (SEC) which is a government agency for which companies like Google have to submit an open evaluation of their business models and marketplace conditions.

One of the best inside indications on the issues that Google faces as a business is this Search Engine Strategies interview with Google CEO Eric Schmidt.

This covers many of the challenges that Google faces:

In 2009 Google generated approximately 97% of its revenues (99% in 2008 and 2009).
from its advertisers with the remainder from its enterprise search products where companies can install search technology through products such as the Google Appliance and Google Mini.

The extract below is taken from the press release update I receive via the Google Investors relation blog - you will be able to get the latest there.

Google has been relatively open about how it works and its architecture. These are some of the key documents explaining the Google architecture.

Here is a little more detail on the process shown in the figure at the top of the page. In 2010 Google introduced these How Google Works Videos which are recommended reading/watching.

The purpose of the crawl is to identify relevant pages for indexing and assess whether they have changed. Crawling is performed by robots aka spiders or bots which visit web pages and retrieve a reference URL of the page for later analysis and indexing.

Although the terms “bot” and “spider” give the impression of something physical is visiting a site, the reality is that the bots are simply software processes running on a search engine’s server which request pages, follow the links contained on that page and so create a series of page references with associated URLs. This is a recursive process, so each link followed will find additional links which then need to be crawled. Google uses many computers running many distributed processes for crawling.

Each robot leaves a signature in the web server log file of the site it visits with a unique user agent string such as “Googlebot/2.1”. SEOs can use this signature to assess whether or how frequently a page is being crawled by different robots. The SEO Ranking Success Box ‘Evaluate robot crawling’ gives examples of the main user agent strings and discusses this in more detail. It also shows how you can use Google Webmaster Tools to see the number of pages Googlebot is crawling each day.

Table Volume of searches for single keywords in a single month

The query of the index for a phrase uses the intersection between different postings lists for different words. The index is distributed across many servers to make lookup more efficient. Google estimates that for each search that someone types in, over 500 servers may work together to find the best documents.

In early search engines, the index information would be limited to a simple lookup table of words against dcuments, but today, many other aspects characterising a page will be stored in the index files for example a document’s its title, meta description, PageRank, trust or authority, spam rating, etc will be referenced. For the words in the document additional attributes will be stored such as semantic markup (H1, H2, etc), occurrence in anchor text, position in document, etc.

The indexing process has produced a lookup of all the pages that contain particular words in a query, but they are not sorted in terms of relevance. Ranking of the document to assess the most relevant set of documents to return in the SERPs occurs in real time for the search query entered. First, relevant documents will be retrieved from a runtime version of the index at a particular data centre, then a rank for each document will be computed based on many ranking factors. A relatively recent description of the technology approach

Evaluation of relevance is based on the many positive indications of relevance contained in this report of which the most important are:

There are also negative indications of quality which may indicate attempts at SPAM such as including hidden text on a page, repeating a keyphrase within the document or title, lack of real content.

The familiar search engine interface accepts the searchers query. The users location is assessed through their IP address and the query is then passed to a relevant data centre for processing. The process described in the section on ranking occurs in real-time to return a sorted list of relevant documents and these are then displayed on the Search Results Page. Increasingly, results from other index servers return other types of information from vertical search engines. Google refers to this approach as Google Universal Search.

To earn the respect of your executive team, you need to speak their language – and this means ROI. Here’s how to calculate these ROIs for your customer acquisition efforts ROI is the KPI your executives care most about. When …..

Digital strategy in a time of crisis 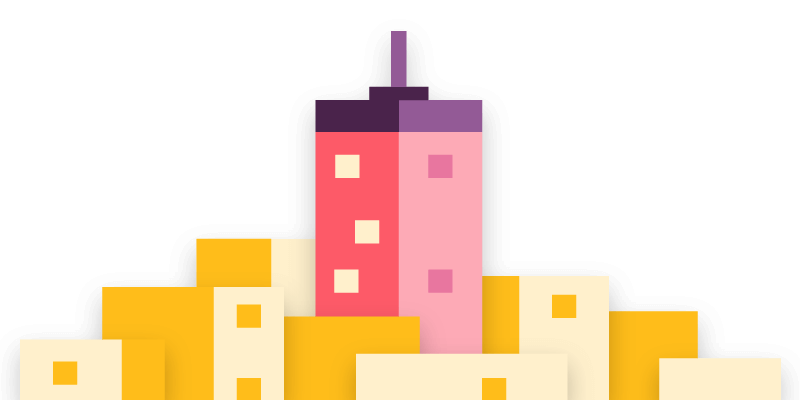