Adwords bidding landscape has changed as Google confirm the right sidebar on desktop SERP is to be removed.

Google have ended their six-year experiment with the Sidebar ads, instead opting for three above-the-fold text ads for queries on the desktop SERP and a further 3 ads at the bottom.

“We’ve been testing this layout for a long time, so some people might see it on a very small number of commercial queries. We’ll continue to make tweaks, but this is designed for highly commercial queries where the layout is able to provide more relevant results for people searching and better performance for advertisers.”

A fourth ad will be shown for only the highly commercial queries such as "Car Insurance", "Hotels in New York" and "Cheapest Smartphones", so the types of search where people express a deep intention to buy.

Although we were a little taken aback, this news doesn't come as a huge surprise, as Google have been bringing their search results to be more aligned with the mobile experience over the past year or so. However, this doesn't mean the death of the sidebar, as removing the ads has provided more real-estate for relevant Product Listing Ads (PLAs), as evidenced below. 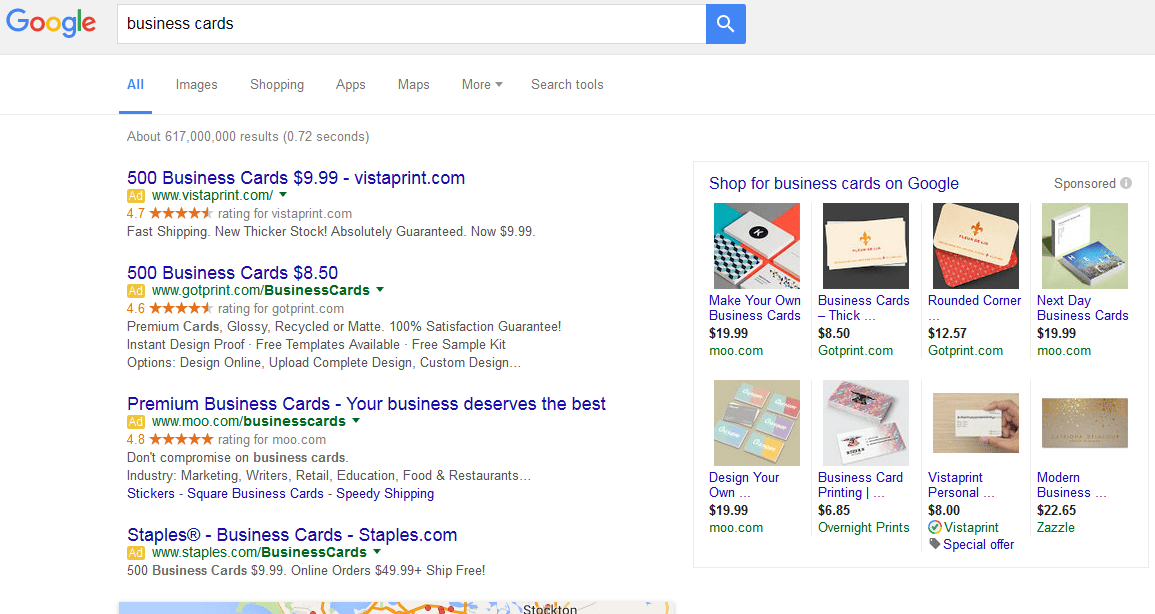 How will this affect PPC Marketers?

In short, we don't know yet. It will vary based on competition in each sector.

And probably won't have a definitive answer until this has been in place for an extended period of time. The principles of supply and demand would suggest costs will increase, as there are only 6 or 7 ads in the new format, compared to the 11 ads displayed previously.

However, it's too early to say. We may yet be surprised!

We do now know the initial effects this change is having, thanks to Moz and Search Engine Land, who have confirmed a number of benefits.

First on the list, is the benefit from moving from sidebar to top of the page ads. With side and bottom ads account for 14.6 percent of total clicks, Alistar Dent showed that the ads in the top positions get 14X higher click-through rate than the same ad on the same keyword on the right side. Which is only beneficial to all those included.

Next up, is that all ads will now have call-out, sitelink and location extensions etc (if you're not too sure what these are, then check out this post from September last year), which previously only benefitted top of the page ads.

The final point worth noting, is that so far there has been no noticeable change in Cost-Per-Click... yet. That's not to say that this won't happen, however initial concerns over the change have, for the time being, been quashed. 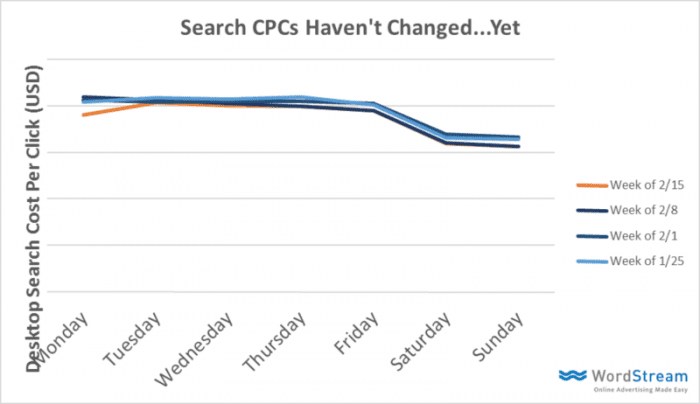 How will this effect Organic Listings?

The effect this will have on organic results is also raising a few raised eyebrows across the SEO community, with Raj Nijjer highlighting zero organic listings above the fold.

The number of 4 Ad SERPs increasing rapidly over the last couple of days, as evidenced by Moz - from 18.9% on February 18th, jumping to over 36% as of February 23rd. As an SEO-er, it's vital to bare in mind clear to see that things are changing and will continue to change over the following days, weeks and months.

If you want to do a little further reading PPC Hero have done a detailed review of what the announcement means for you.

Likewise, TheSEMPost who revealed the change have written another post highlighting a few more of the updates.

Let us know what you think!