Microsoft's clunky and outdated web browser has been on a gradual decline since 2008 and has eventually been overtaken by Google Chrome as the most world's most widely used Web Browser. The data from NetMarketShare, powered by TrueStats also points to a slight fall in market share for Firefox. 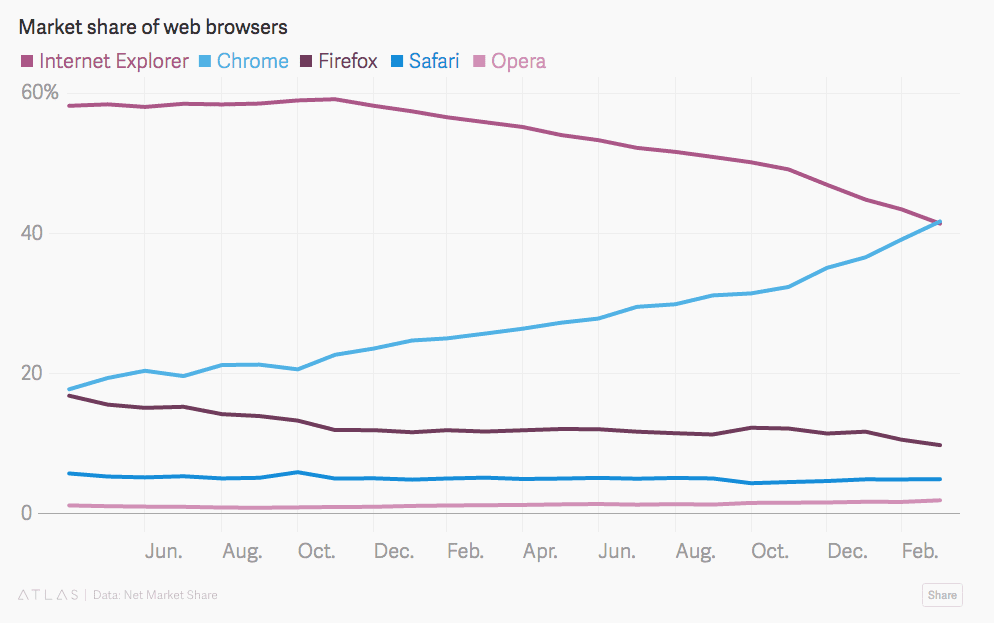 Chrome now accounts for 41.66% of the market share, 0.31% more than IE, however, the rate of the decline suggests the gap will widen very quickly.

Chrome's dominance now also means Google are at the helm of all of our Internet experiences. NetMarketShare also tracks the market share of search engines and mobile operating systems, both of which Google also dominates.