Defining the best KPIs for Ecommerce

Ecommera have recently published a useful piece of research reviewing the key issues in 2010 for Internet retail strategy which is part of their new Trading Intelligence Quarterly report. Here's my summary of the stand-out charts.

Their survey of 100 UK Ecommerce directors was completed during April 2010.

Looking at the chart below, it's reassuring to see that social media isn't one of the major concerns and more fundamental issues like growing the online business through customer acquisition and retention strategies are more important. Acquisition is seen as more of a challenge or priority than retention which is often a misplaced priority in my experience

It's a surprise that analytics and conversion optimisation is seen as a relatively minor concern, with driving traffic and increasing customer loyalty more important. But this perhaps shows that in the large companies surveyed, checkout optimisation has been working on. I'm sure incremental improvements are possible here though... 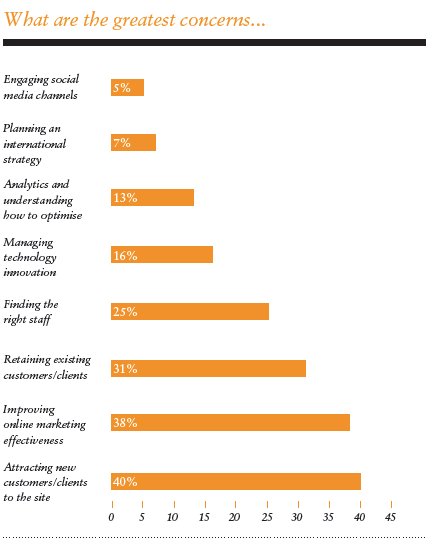 Interestingly, the KPIs which the Ecommerce directors were asked didn't just cover the usual suspects of Revenue, Profitability and AOV, but also looked at lost opportunities.

It seems that lost demand and lost opportunity are not tracked by the majority, instead profitability and conversion  were tracked more often.It's surprising though that even these measures and customer satisfaction are only routinely tracked by around half of the retailers surveyed. 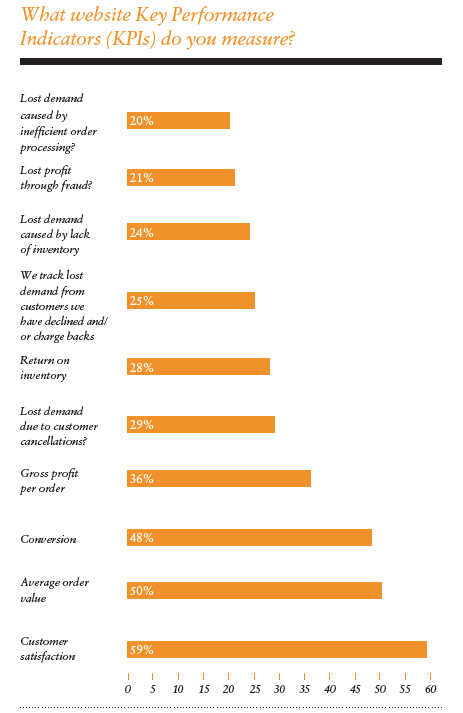