What are the marketing opportunities, implications and actions for brands, businesses and marketers? 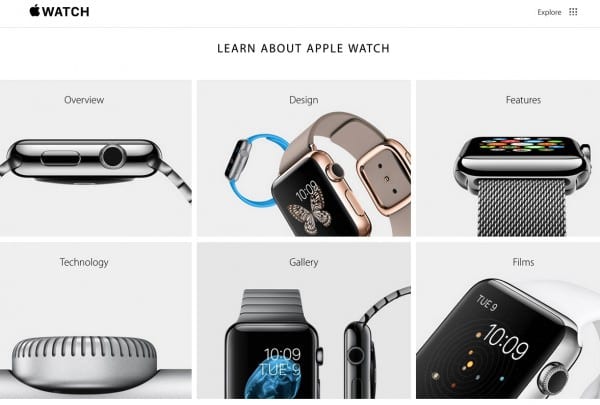 Tech watchers have become used to the regular September announcements from Apple. After a couple of years without major updates to the product line we were expecting a genuinely new Apple product and it’s here in the shape of the Apple Watch.

Of course, Apple announcements are huge news across mainstream and tech channels, so what can be said that hasn’t already be said!? So I’ll keep our alert brief focusing on the names, timelines and marketing implications for businesses and brand. There were hours of announcements across the Apple Live event, but there are 3 main releases to be aware of.

You will have heard that the Apple Watch will be touch screen, feature Siri voice interactions and will feature new apps.

This has been given a more premium Apple Watch name rather than the suggested iWatch. Of course wearables in the form of watches aren’t new - I have been using a Pebble for a few months before it failed.

The big, really interesting, unknown is adoption. How many people will want to spend the same again as a smartphone on what is a smartphone accessory? The benefits over a smartphone aren’t big enough for me - and I don’t want another gadget I need to charge daily. Still the Connected Generation, Generation C are said to represent over 50% of adults today, so we’ll see. With Apple positioning it as both a fashion accessory and a health monitor, will it become a style icon in the same way the iPhones have, interesting! With competitors including Samsung, Google, Sony and specialists like Pebble there will be plenty of choice.

Marketing Apps for the Apple Watch?

From a marketing implications point-of-view, the creation of branded apps for the Apple Watch is probably the most interesting area. It has released a WatchKit SDK which will enable new apps to be created and accessed from this already cluttered screen . As well as its own “Activity” app and “Fitness” Apps and social network apps for Facebook and Twitter, Apple previewed branded apps specifically for the watch from American Airlines, BMW, Nike and Starwood Hotels. So putting the brand on the wrist of Generation C will be a goal for many brands now. 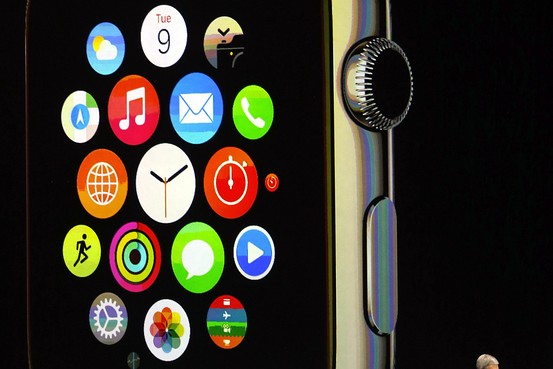 In his demo of Apple Watch, Kevin Lynch showed an American Airlines app that displays a digital boarding pass, a Baseball app that will help fans keep up with sports scores, a Pinterest app that will give you directions to pinned locations, there was also an app from BMW that will let owners see the charge level of their electric cars and offer directions to their parked cars. Starwood Preferred Hotels is building an app that will let its customers unlock hotel room doors by waving their Apple Watch in front of their room doors via NFC.

Of course, the apps will require integration with a tethered iPhone 5 or 6, so this does beg the question, that if you have these apps on a phone, what do you gain by having them on the phone. For many brands, I suspect, it will be more a case of getting coverage and positioning themselves as innovative by launching Apple Watch apps rather than providing anything spectacularly useful for consumers. So don't put a Watch App on your roadmap unless you identify with the brands featured in the announcement.

Here is a preview of the BMW app. It’s fun but I think I’ll stick to map reading on my smartphone!

Actions for marketers to consider

So, the main innovation here is in the screen size as Apple plays catchup with Samsung, HTC and others offering larger screens on their Android devices. So the main implications for marketers are around checking compatibility with screen sizes such as:

This announcement has been missed in some of the reporting - this is significant since it could increase adoption of contactless payments through the NFC cards in the new Apple iPhones and it will work with the Apple Watch. So expect to see more / some people swiping their phones or watches to pay in stores in the future. This looks to be easy to setup since it will be activated by using the iSight camera to add a new card to the passbook.

It will enable payment in up to 200,000 locations in the US. That sounds a lot, but that’s only 2.4% of US merchants that accept credit cards - most don’t work with NFC - so this will severely dent take-up! There is no word on other countries, Apple’s Eddie Cue said Apple is “working hard to bring it to even more countries”…

Apple were keen to stress the security and privacy aspics, so Apple doesn’t know what you buy and there is no need to cancel cards if the phone gets lost or stolen as many do. I think I’ll stick to contactless cards for now….

If you want to run through more detail than you’d get here or in any mainstream news review, I found this great visual summary of the whole Apple live event on 9to5mac most efficient.