Some easy inbound marketing strategies to make you rethink your content

Just as the printing press opened the mind to the imagination of the world’s greatest literary story tellers, so the early days of Hollywood introduced the world to some of the world’s most ingenious visual storytellers. Amongst the greatest was Buster Keaton.

Every Keaton gesture and scene explained all an audience needed to know. Whereas the average silent movie featured over 240 captions (or subtitles) Keaton never used more than 56.

Appealing to both logic and emotions, Keaton’s perfect balance of understated and conspicuous actions caught the eye and then enthralled audiences through empathy… pathos…heroism… as well as every shade of human attachment in between.

Whilst other screen icons went through just the mechanics of a well-rehearsed process, Keaton treated each tumble, grimace, smile, climb, leap, forlorn gaze, and even collision as a unique opportunity to explore creativity.

Beyond a great screen actor, he was an outstanding film director. Though the viewfinder, he watched stories unfold from an audience perspective. He imaginatively positioned characters or props in time, space and motion… always pulling the audience towards his train of thought, rather than keeping them at a long focal distance.

He also understood that a great story needed authenticity. So he developed plausible scenarios which emerged organically from a character or situation.

Keaton maintained a firm grip on a plot’s direction. His team was always tightly briefed, yet he also gave his blessing for improvisation along the journey. The results felt and looked fresh rather than laboured. 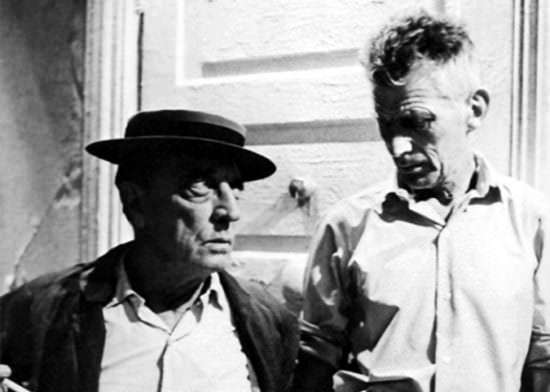 So what has all this to do with content marketing?

Let’s revisit some of Keaton’s approaches:

No need for gloss nor superfluous explanation

Many assume the attention-deficit, visual-first generation is purely a construct of the Internet age. Keaton proves otherwise.

An additional explanation should be something a user chooses to explore - as opposed to being overwhelmed by it. I have sat in on creative pitches where agency account directors felt obliged to elucidate every minutiae they just showed a client.

When telling a good story, let the great story sell itself through what is seen… as well tell itself by what is felt. After all, in terms of B2B customer experiences, whilst logic provides the foundations of trust, emotions provide the currency.

Action is taken when it is understood in content and context.

Every audience starts off as passive strangers. Planned marketing strategies and subsequent actions help turn strangers into clients and eventually advocates. How you write content as well as when, how and where it is delivered - through social and online channels - combine to shape peoples' impressions.

Everyone sees the world from their point of view - based on their personal experiences and aspirations. Get to understand their perspective through inbound marketing research. That way, when you write content, you can ensure it puts their needs ahead of yours.

Originality and creativity over process

Brilliant inbound marketing software programs and systems help you plan, implement and measure campaigns. However, if your campaigns slavishly follow the same processes as everyone else — the only thing you will ever end up with is a copy of what everyone else is already doing. Whilst people look for structure and consistency - especially within B2B - they also value innovation.

Creativity is in the details

Have you heard the story of the twin hotel piano players? Each played at separate venues. Both performed the same basic repertoire. Despite being at completely different hotels, guests requested the same familiar favourites.

One pianist was bored out of his mind, whereas the second looked forward to each performance with relish. The difference? Whilst the first ‘went through the routine’, the other really listened to each note and considered how it fit with the next. He tried variations on themes…increasing or easing off vibrato. Each rendition was a one-off. Every night was a premier. Each recital simply connected.

Frame every scene to maximize its impact

I started as a freelance copywriter. Back then some people actually paid by the word! So guess what - I crammed as many words as I could on the paper. However, before long, rather than the work being valued by its weight in characters, I charged by how much the work actually resonated with the character of a brand and ultimately reader. That meant thinking about content not as a task - but a journey. Before committing to screen, I directed the story in my head, introducing benefits and features, placing products in context - giving everything a beginning, middle, and end. 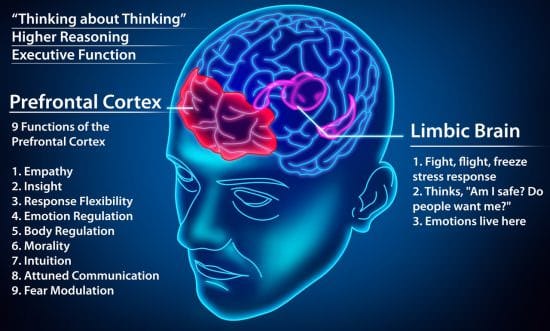 With inbound marketing, once you see the bigger picture, you can describe intimate details and let each benefit linger in the purchasing mind of the potential buyer.

When a child has no restrictions at all, the kid grows frustrated. However, in knowing how far he or she can go, they can enjoy the opportunity to not only be creative within what to others may appear to be a limited space but grow - pushing frontiers. Future areas become more rewarding. Knowing the dimensions of brand storyline allows you to play with space. Everything makes sense. Any situation can be stretched to accommodate the dynamics of the human imagination - without snapping your brand’s credibility.

Every great story is authentic

In our post-truth world, people have become increasingly cynical. Whilst initially, fake news battles between politicians and the media may have been fascinating - even amusing, mostly the ‘he said-she said’ routine has become tedious; leaving many to conclude that all parties are equally tainted by spray tans of burnt enraged-orange insincerity.

Audacious brand claims will always sound implausible (unless the brand is aiming at a ‘wacky’, biassed or particularly gullible market). Sleight-of-hand techniques like clickbait headlines have mostly lost their consistent appeal with serious audiences. Snake oil selling has slithered back to the sideshow tents of fairgrounds. Today the possible becomes credible when it is relevant, practical and current enough to encourage people to demand it. This is where inbound marketing software really helps. But only if the value message is not forced; the greater the force the greater the resistance.

Embarking on any marketing campaign without a brief is like driving in a foreign country without Waze or Google Maps. New business and marketing should always support each other towards a common goal: sales. Just as a sales professional listens to needs, so inbound marketing goals are shaped by creating content that answers specific questions and supports distinct goals (often garnered through questionnaires, quizzes, Live Chats on websites, and so on ). As a campaign progresses, so lessons are learned and alternative routes become apparent. Analyses of a campaign’s continuing progress helps steer its course. Inbound marketing approaches people according to factors including lifestyles and where and how they access and interact with content. Used shrewdly and selected appropriately, the right message delivered through the right channel always make a journey more interesting and in the final analysis, rewarding.

Inbound marketers share a common understanding with some unusual cohorts: journalists and TV soap or movie franchise producers. They all appreciate that people love to keep up with developments about stories that are relevant to personal or professional lives. However, when updates feel laboured or don’t add anything of significance or originality to an original proposition, people end up feeling like a punch-drunk ‘Rocky #21’ audience.

After all, the timeless art of really great story telling through strategic communications is a continuing conversation piece that guarantees to draw a captivated market.