Improve personal, business and team performance through marketing training, with discounts on all Annual Memberships

Chart of the day: The most popular social media networks globally

Social media is a pain in my back-side. I personally have a love/hate relationship with it but it's undeniable that there are elements to it, that has helped humanity. Facilitating communication with family, friends and acquaintances from all over the world, has made staying engaged and connected with those you care about, just that little bit easier.

But every 'ying', has its 'yang', -and this year we were all on the edge of our seats looking for answers as Facebook Founder, Mark Zuckerberg explained away the Cambridge Analytica privacy scandal that affected up to 87 million users.

Despite social media darkness rearing its ugly head from time to time, and despite it having lost its lustre and novelty over the years, we still, whether through choice or conditioned reaction, respond to Mark Zuckerberg's Pavlovian tactics by continuing to log in...

In fact, according to a report by business intelligence portal Statista, 2.2 billion of us globally, continue to use Facebook, making it the world's most popular social media network, still. Only a year ago, on 27th June 2017 did Mark Zuckerberg announce another major milestone reached with 2Billion Facebook users. Showing user growth of approximately 10% in 12 months, despite a potentially crippling scandal. Facebook remains untouchable in 2018 ranking 1st, with Facebook-owned social networks ranking 3rd, 4th and 5th in global popularity. 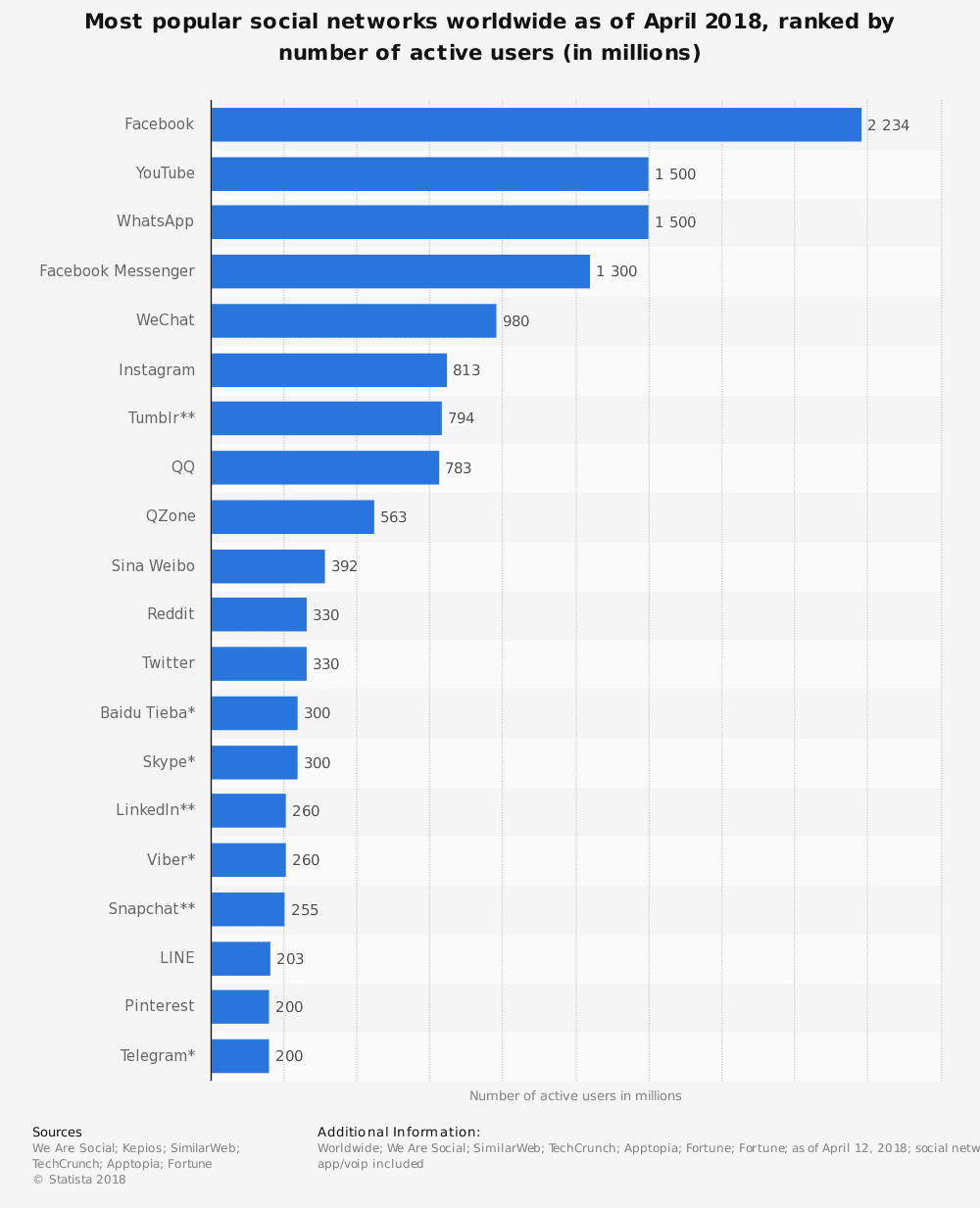 Nadine is a multimedia content marketing specialist with extensive experience in startup and higher education marketing. Connect with her via LinkedIn

This is why your MarTech Stack needs to be smarter

There is a big opportunity to gather valuable data, but haveing data sitting in a database isn’t enough. The future of customer marketing is data. Brands say they want to “be more data-driven” and level up their marketing. There is …..

How to set your digital marketing objectives for 2020

Without clear goals, you’re basically directionless – and working to achieve vanity metrics that don’t necessarily help you achieve your overall business objectives. A good digital marketing strategy can only start in one place: with clear, actionable and achievable goals. …..

… and what they might mean for 2020 Seasoned visitors to the Smart Insights blog will no doubt agree that there’s an abundance of, well, smart insights to take in on a daily basis. With digital and marketing constantly evolving, …..