Campaign of the week: A brand marketing masterclass from RedBull

Is RedBull Stratos the best brand marketing campaign ever?

When it comes to brand marketing campaigns, one of the greatest ever isn't even a campaign at all. RedBull once again raised the bar as we look back to 2012 to marvel at the "Stratos" project. The energy drink giant captured the attention and imagination of the entire world. Let's dive into how this project changed the landscape of brand marketing forever.

Our actionable guide to avoiding common social media marketing mistakes to help you avoid the pitfalls that limit engagement with your target audience.

Many may not know that RedBull is actually a company with Thai origins. Founded by Austrian entrepreneur Dietrich Mateschitz who was inspired by a Thai energy drink named Krating Daeng. It was started in 1987 in Thailand and Austria but then expanded to global markets in 1992. It didn't hit the US (Only California) until 1997.

Redbull managed to make the perfect platform for marketing which targeted their key demographic. They gained traction with their "RedBull gives you wiiings" campaign which began in the 90's. This was a period which saw rapid growth for the company, particularly in the UK, with cans sold jumping from 6 million to 300 million cans between 1996 and 2006. 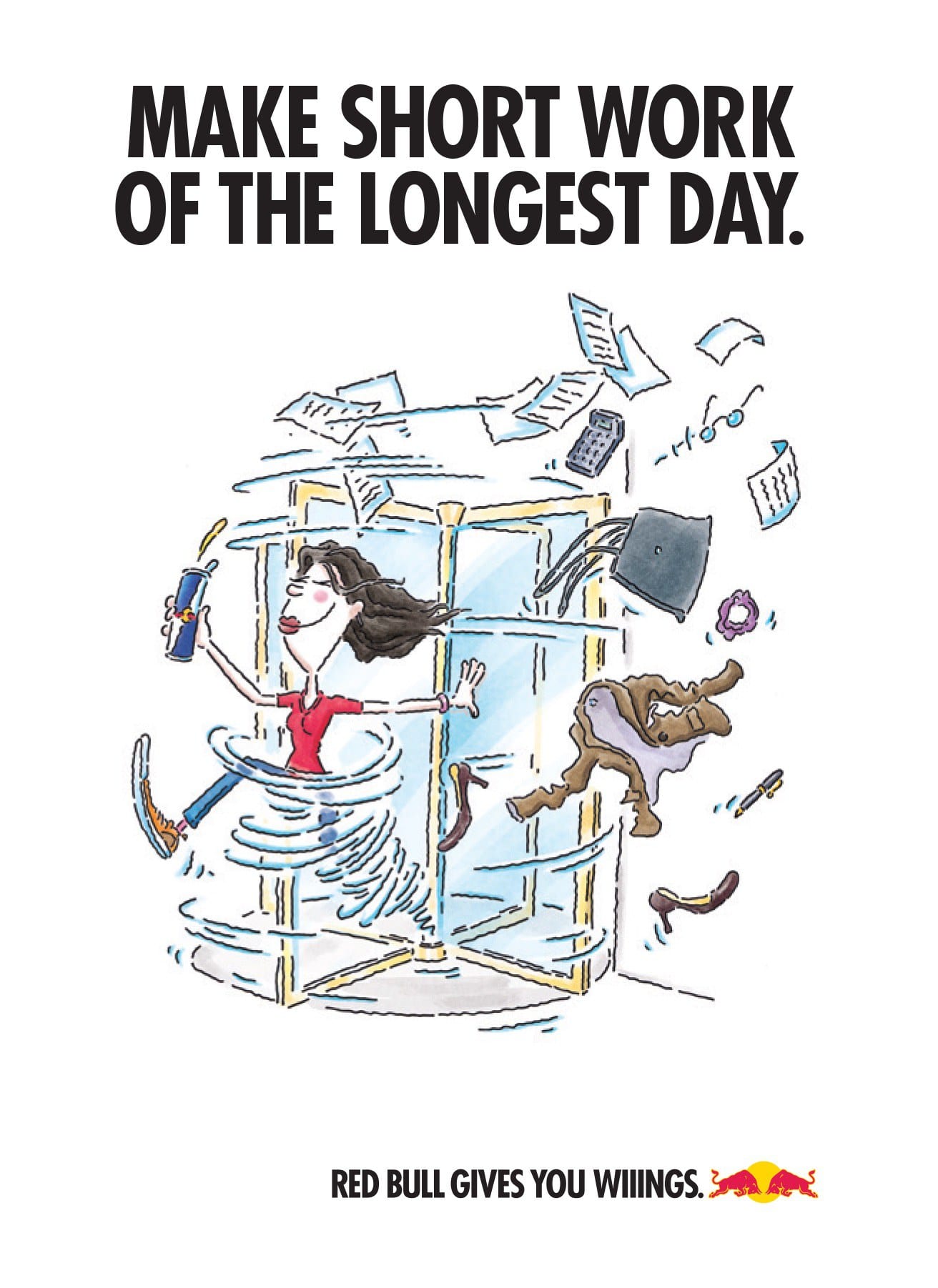 This lead them into a new, and still used, marketing strategy of sponsoring extreme sports events. The tie-in of energy drinks to sporting activities which require energy use was perfect. Not to mention, the branding of bulls is an easy sell for the target market.

The company gets to etch their brand into the pages of history by just being the backing power to these teams and events. For example, forever Sebastian Vettel's four Formula 1 championships will be combined with Red Bull Racing. 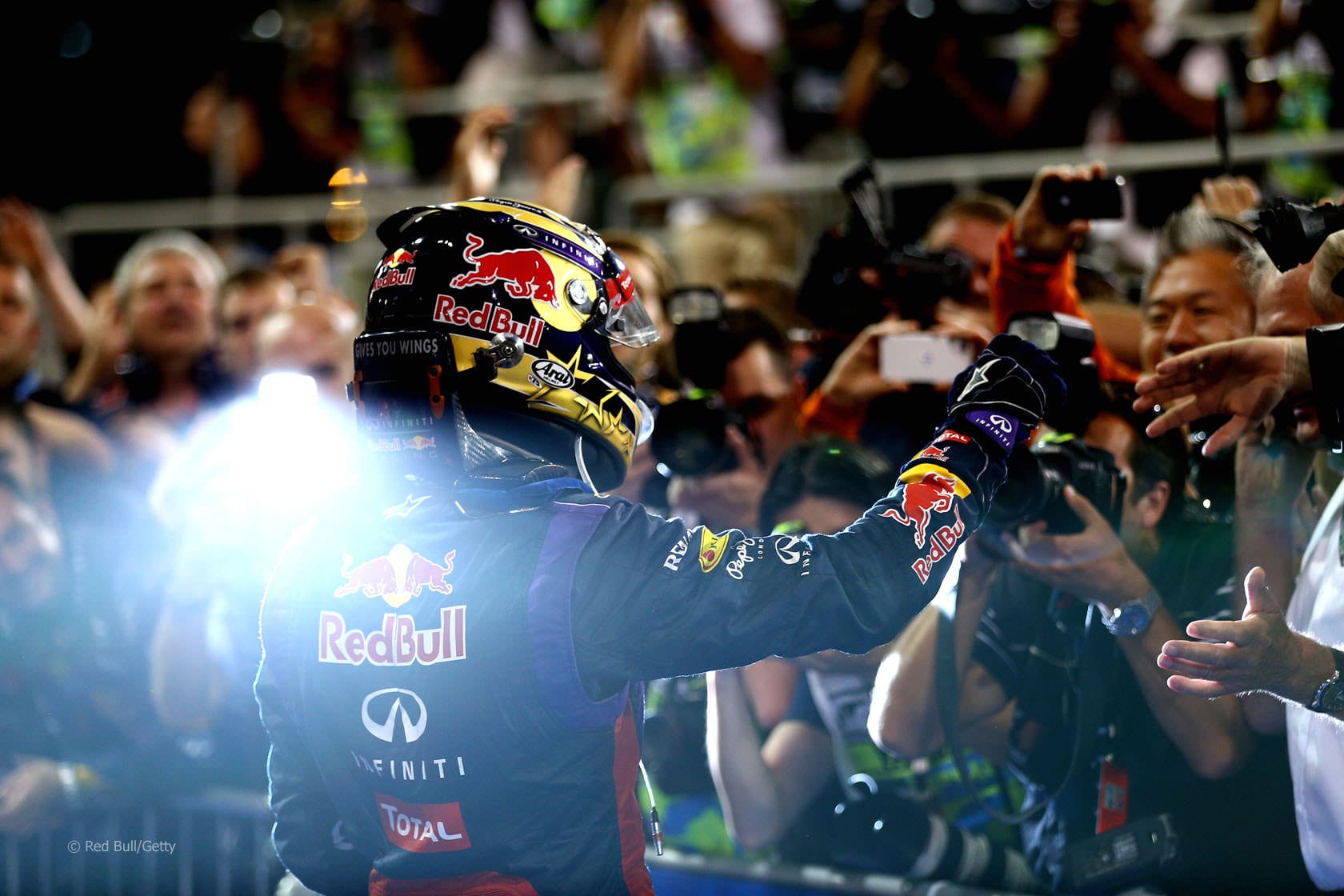 In to the stratosphere

With all of this marketing exposure came great financial growth for the energy drink company. The drink now sells in 171 countries worldwide and Forbes now ranks it the 61st most valuable brand in the world.

To keep themselves ahead of competitors like Monster energy drinks, they decided to try something completely new. They set out to try and break a record which at the time (2012) had stood for 62 years. In 1960, Joseph Kittinger broke the record for highest free fall jump from 102,800 feet. 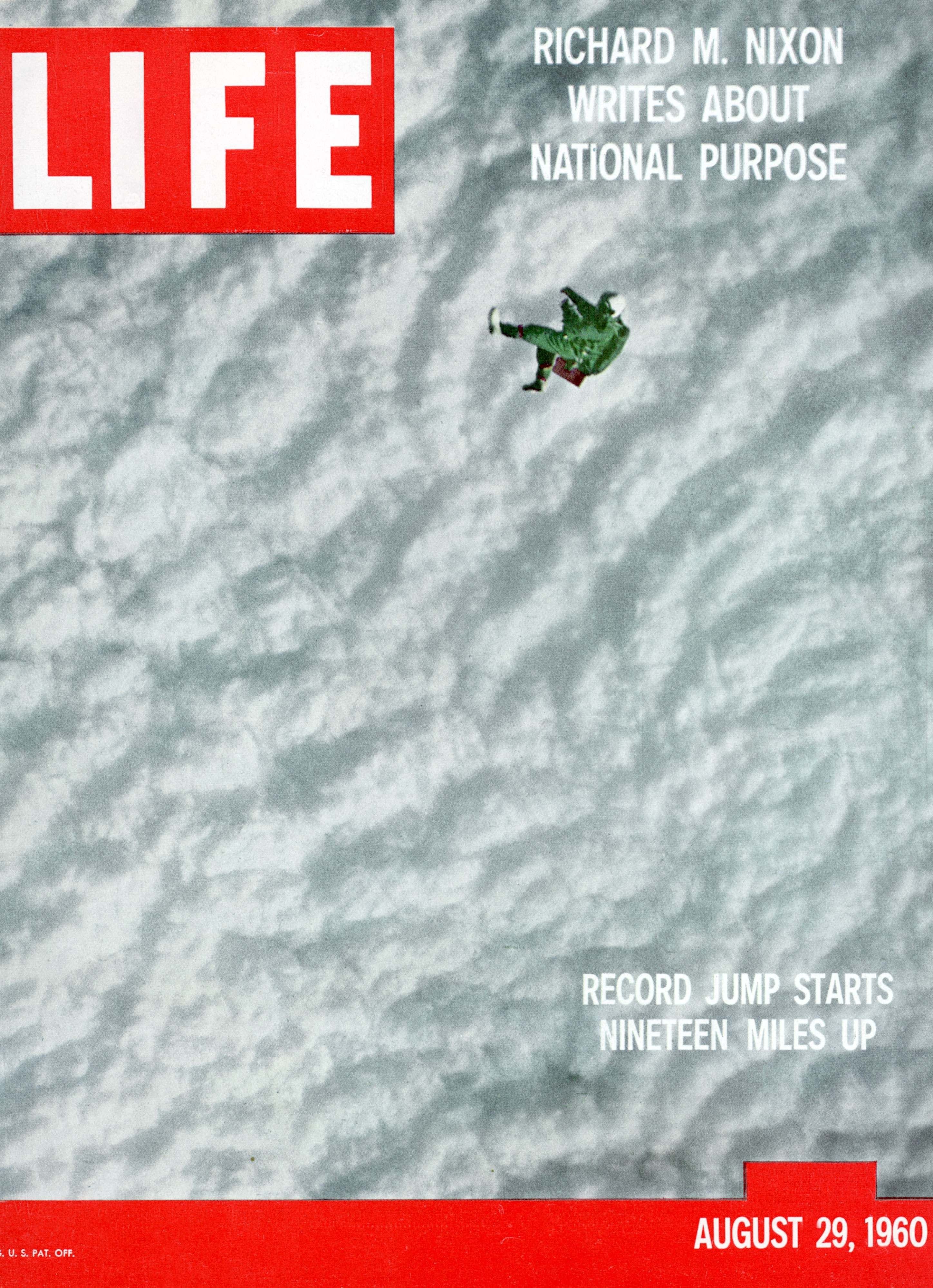 This was a clever move from Red Bull in sense that knew it would work in creating a buzz. Life magazine picked it up when it was done in the 60's so why not now. The record hadn't had any challenges as many believed it was past the limit. Joseph had actually sustained  fairly severe injuries due to the atmospheric pressure.

His only protection was his pressurized suit, which didn’t totally work. During the ascent, the pressurization in his right glove failed, causing his hand to swell to twice its normal size. Kittinger, however, was determined to make the jump, so he didn’t report his swollen hand until he was at altitude. - Mental Floss

After years of preparation, they set out use current technology and expertise to break the long-standing record. Felix Baumgartner, an expert skydiver, was to be the man to take the leap. Red Bull put 1/10th of the annual global marketing budget ($330m) to fund the project so they clearly believed in it. 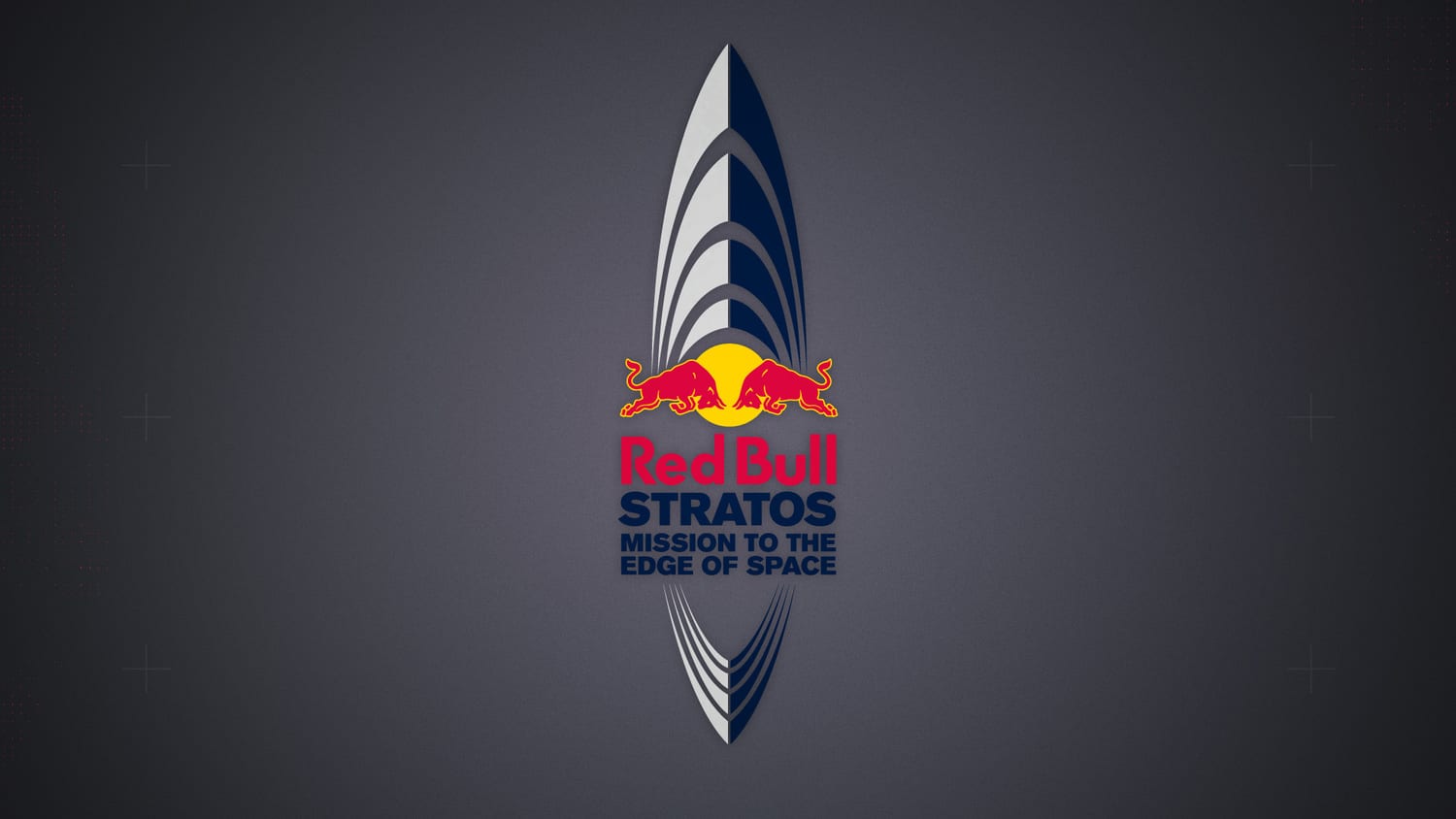 The footage was streamed on Youtube with GoPro cameras being able to capture images of Felix himself on the ascent and even on the descent. Although unconfirmed, it is believed that to date it is the most watched live stream in Youtube history. The jump itself is a marvel of science, physics and one could even say fantasy. The official figures are below.

On 14 October 2012, Baumgartner flew approximately 39 kilometres (24 mi) into the stratosphere over New Mexico, United States, in a helium balloon before free falling in a pressure suit and then parachuting to Earth. The total jump, from leaving the capsule to landing on the ground, lasted approximately ten minutes. While the free fall was initially expected to last between five and six minutes, Baumgartner deployed his parachute after 4 minutes and 19 seconds.

Reaching 1,357.64 km/h (843.6 mph)—Mach 1.25—Baumgartner broke the sound barrier on his descent, thus becoming the first human to do so without any form of engine power. Measurements show Baumgartner also broke two other world records. With a final altitude of 38,969 m (127,851 ft; 24 mi), Baumgartner broke the unofficial record for the highest manned balloon flight of 37,640 m (123,491 ft) previously set by Nicholas Piantanida. He also broke the record for the highest altitude jump, set in 1960 by retired USAF Colonel Joseph Kittinger, who was Baumgartner's mentor and capsule communicator at mission control. These claims were verified by the Fédération Aéronautique Internationale (FAI). - Wikipedia 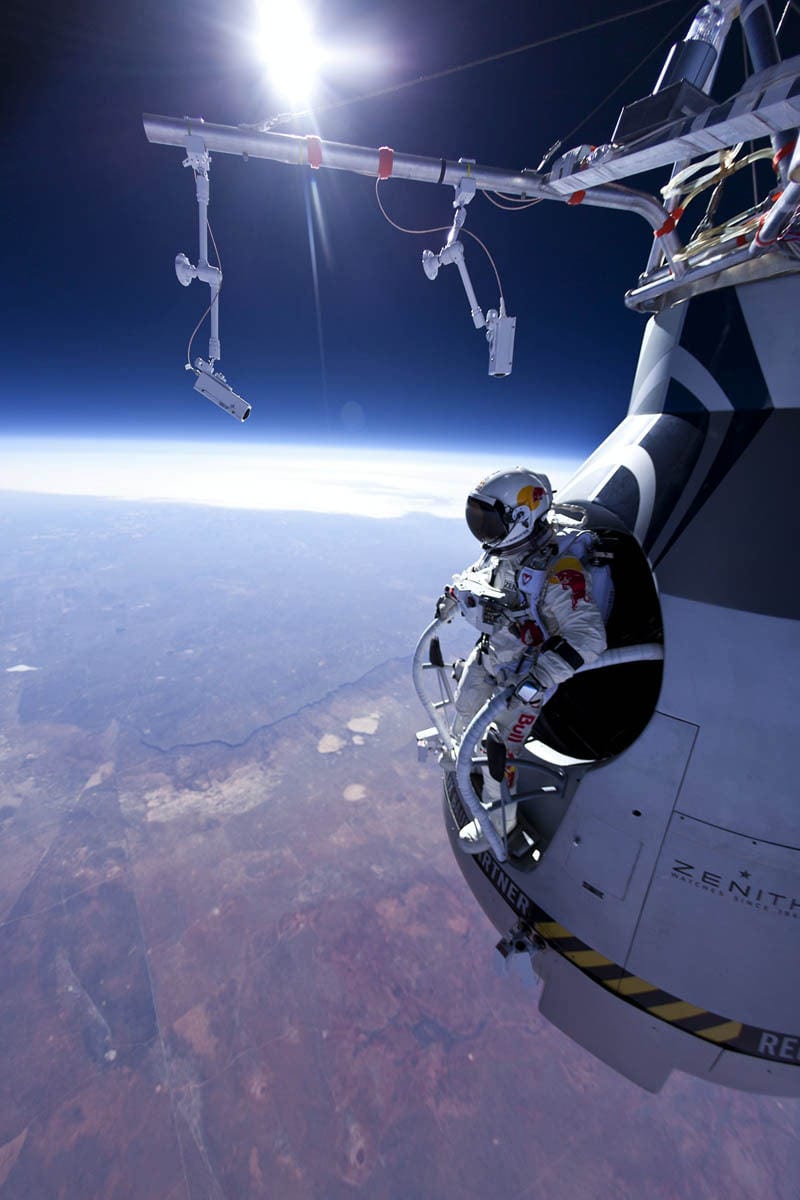 The most brilliant thing about this marketing campaign is that it isn't one. For the entirety of the project the focus was breaking the record and getting the human race to push boundaries again. It isn't often anymore where people can collectively get behind a test of human capabilities. The science, athleticism and engineering was centre stage and there was lots of footage and telemetry for viewers to chew on.

The event was shown on nearly 80 TV stations in 50 countries. The live webcast was distributed through 280 digital partners and racked up 52 million views, making it the most-watched live stream in history. There were 8 million viewers on Youtube.

The total broadcast was over 3 hours long and the Redbull logo was in every shot. This was a masterstroke as they were now etched into the record books and the minds of potential customers. Sales rose by 7% in the following 6 months generating $1.6bn and sold 5.2billion cans in the following year. That was a 13% increase from the prior year and many regions saw jumps of double figures.

Forget knocking it out of the park, Red Bull knocked it 24 miles into the sky. This set record heights physically and also in the brand marketing arena. 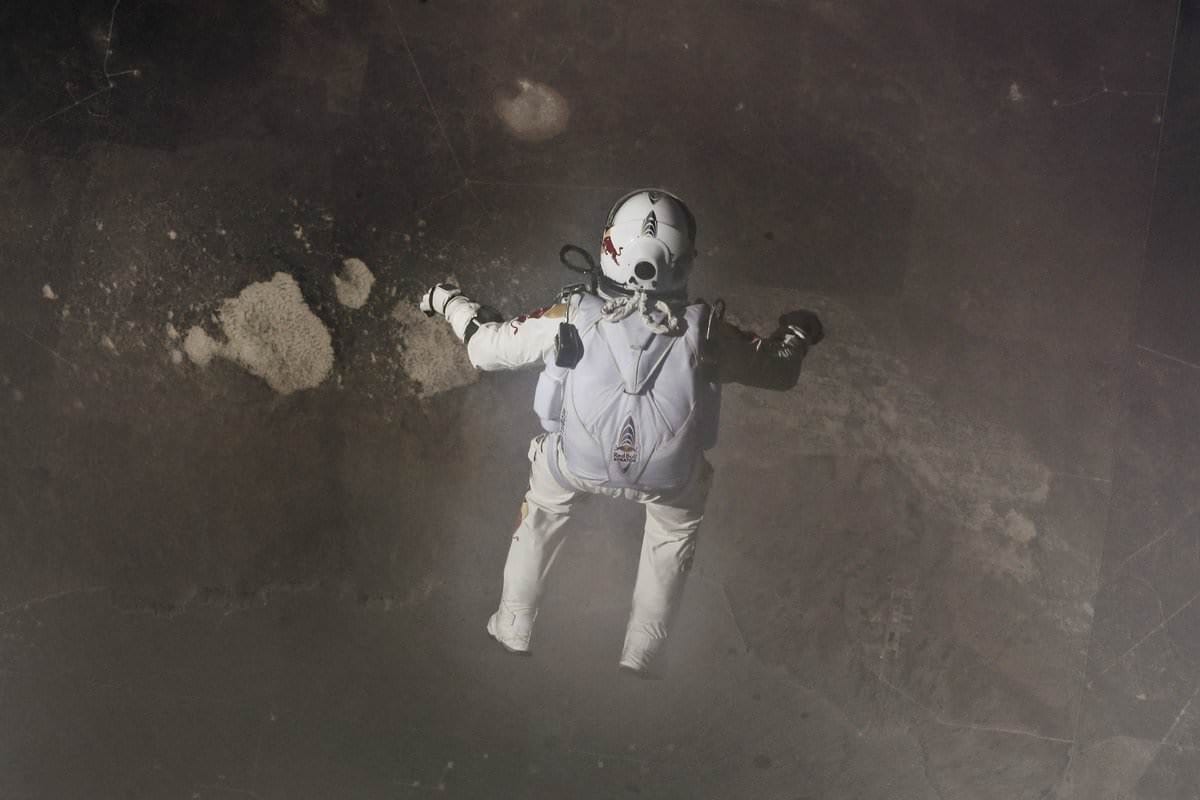